It’s hard work being in the background of someone else’s work, acting as support, as a complimentary figure in another person’s spotlight.

David Crosby did that job well. Yes, he was a star. However, when he needed to be, he was also star support. He spent his decades-long career center stage as a member of the Byrds, Crosby, Stills & Nash, then Crosby, Stills, Nash, & Young, and eventually as a solo artist. He also contributed his musical chops to the backgrounds of some of today’s most revered albums.

After their project Crosby, Stills, Nash & Young split, Neil Young recruited the other three bandmates to record backing vocals for his fourth studio album, the 1972 LP, Harvest. Linda Ronstadt and James Taylor were other notable contributors to the album. Crosby’s vocal stylings can be heard on the tracks “Are You Ready for the Country?” and “Alabama.”

Blows Against the Empire – Jefferson Starship

Jefferson Starship’s Blows Against the Empire was a collaborative effort between the former Jefferson Airplane members and various San Francisco-area bands recording music at the time, including the Grateful Dead, Quicksilver Messenger Service, as well as Crosby, Stills, Nash & Young. Many members of these bands came together to work with Starship on the 1970 album. Crosby, especially, is featured on the tracks, “A Child Is Coming,” “Mau Mau,” “Starship,” and “Have You Seen the Stars Tonite?” Crosby also co-wrote “A Child Is Coming” and “Have You Seen the Stars Tonite?”

Crosby lent his vocals to Jackson Browne’s eponymous 1972 debut, providing harmonies throughout. Over the years, Crosby would appear as a backing vocalist on several other Browne works, including the albums, For Everyman, The Pretender, World in Motion, I’m Alive, and Looking East.

Crosby shared his legendary guitar chops with the young songwriter, Judee Sill, for her self-titled 1971 debut. Sill’s first major tour was spent opening for Crosby & Nash when they toured as duo.

Art Garfunkel’s second solo album featured the backing vocals of Crosby alongside Nash, and even Toni Tennille of Captain & Tennille.

Crosby was recruited to sing backup on Hootie & the Blowfish’s mega hit “Hold My Hand” which appeared on their 1994 album, Cracked Rear View.

Crosby’s voice makes an appearance in the background of James Taylor’s 1975 classic, Gorilla. He is most notably featured on the tracks, “Lighthouse” and “Mexico.” He is also credited on Taylor’s 1976 album, In the Pocket.

Crosby can be heard in Bonnie Raitt’s “Cry on My Shoulder,” featured on her 10th studio album, the 1989 hit record, Nick of Time. He also makes an appearance on her 1994 album, Longing in Their Hearts.

Across the Borderline – Willie Nelson

Willie Nelson went big for his 40th studio release, Across the Borderline, recruiting the help of not only Crosby, but also Kris Kristofferson, Sinéad O’Connor, Bonnie Raitt, Bob Dylan, and Paul Simon. Crosby serves as a backing vocalist on the project.

Elton John and Crosby seem the most unlikely of musical pairings, but their voices work together on John’s 11th studio album, the 1976-released Blue Moves. Crosby provides support on the tracks “Cage the Songbird” and “The Wide-Eyed and Laughing.”

For Joni Mitchell’s 1974 album, Court and Spark, Crosby provides vocals to tracks like “Free Man in Paris” and “Down to You.”

Crosby and Mitchell have a storied musical history together, frequently collaborating from the time they ruled the 1960s folk scene in tandem to present day. Crosby would consistently contribute to Mitchell’s work, and vise versa.

John Mayer’s album, Born and Raised, was inspired by the likes of Bob Dylan and Crosby, Stills, Nash, & Young, so it was a perfect full-circle moment when Crosby lent vocals to the album’s title track.

Carole King enlisted the help of Crosby for her seventh studio album, Thoroughbred. He, alongside Nash, lent his voice to the track “High Out of Time.”

On an Island – David Gilmour

David Gilmour’s third solo studio album, On an Island, features Crosby, as well as several other stars. Crosby appears alongside Nash in the background of title track.

Off and on collaborators, Crosby and Phil Collins worked together in the ’80s and into the ’90s. Crosby most notably appeared on Collin’s fourth solo studio album, …But Seriously, singing backup on the tracks “That’s Just the Way It Is” and “Another Day in Paradise.” 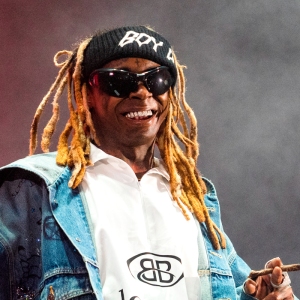 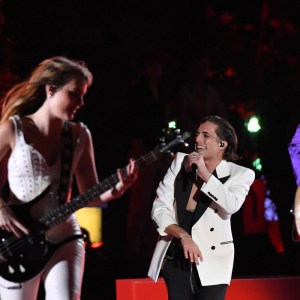