Mariah Carey’s five-octave vocals are immense, and the catalog of songs she’s written is just as comparable. Writing or co-writing 18 of her 19 No. 1 hits, Carey holds the record for spending the most number of weeks—77 to be exact—in the number one spot as a songwriter. She’s even one of few artists to have four No. 1 singles off one album—her 1990 self-titled debut—and penned her first hit “Visions of Love” when she was just 17.

Beyond pop and R&B, Carey also dominated the holiday music genre with her 1994 hit “All I Want For Christmas Is You” which holds the Guinness World Record for the highest-charting holiday song by a solo artist on Billboard Hot 100.

As a songwriter, Carey has also written for other artists in addition to dozens of collaborations—Carole King, Diane Warren, Missy Elliott, George Michael, Whitney Houston, and more—throughout her 30-plus year career. Her songs have also been covered, performed, or sampled by everyone from Aretha Franklin, Patti LaBelle, Kelly Clarkson, Ariana Grande, Cee-Lo Green, Drake, Kelly Rowland, Michael Bublé, and more.

To celebrate Carey, the songwriter, here are five songs the megastar wrote throughout the 1990s for other artists.

The only hit for the R&B singer and songwriter, “Someone to Hold,” released on Trey Lorenz’s 1992 self-titled debut, peaked at No. 19 on the Hot 100 chart. Carey also co-wrote “Always in Love” on the album and later wrote (along with Lorenz and Cory Rooney) “Make You Happy,” which was sung by Lorenz and featured on the Men in Back soundtrack in 1997.

Off Daryl Hall’s third solo album Soul Alone, Carey co-wrote the soulful ballad about longing for someone. Produced by Hall and Michael Peden, along with Peter Lord Moreland and V. Jeffrey Smith from R&B group The Family Stand, Soul Alone marked a new jazzier and soulful sound for Hall.

Peaking at No. 35 on the Hot 100 chart, “Head over Heels” was the lead single off the girl group Allure’s self-titled debut album and features rapper Nas. Carey also co-wrote the Allure track “Last Chance” for the group. Allure, featuring Alia Gray (née Davis), Lalisha Sanders, and Akissa Mendez, released their third album Chapter III in 2004, and their most recent single “Like I Do” in 2018.

The 1990s R&B group consisting of Luther Jackson, Glynis Martin, Seantezz Robinson, and Deion Lucas, 7 Mile only released one album together, and Carey was a part of it. On 7 Mile, Carey co-wrote the group’s single “After,” which was never released as a single.

Released on the self-titled debut album by American girl group Blaque in 1999, the R&B track “Don’t Go Looking for Love” was the sole song on the album co-written by Carey. Blaque was certified platinum in 2000 and sold more than 1.5 million copies. 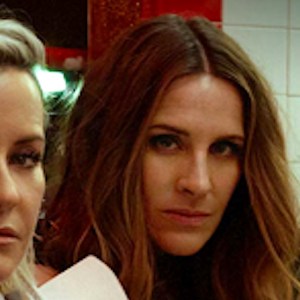