Thomas Alan Waits is credited with writing hundreds of songs throughout a career spanning more than 50 years.

He mostly co-wrote songs with his wife Kathleen Brennan—the two married in 1980—beginning with one song off Waits’ 1985 album, Rain Dog, and the remainder of his 17 albums as his main co-writer. The couple also collaborated on the 1990 Robert Wilson production of The Black Rider: The Casting of the Magic Bullets, which was conceived by Wilson, Waits, and William S. Burroughs and then again for Waits’ 14th Alice in 2002, which was loosely based on Alice Liddell, the girl who inspired Lewis Carroll’s 1865 classic Alice’s Adventures In Wonderland.

Across his 17 albums, film and stage compositions, and sundry collaborations, Waits’ songwriting contributions also reached everyone from Johnny Cash and Rickie Lee Jones, to Marianne Faithfull, and more.

Here are five songs Tom Waits wrote for other artists.

Tom Waits composed the soundtrack for Francis Ford Coppola’s 1982 romantic drama One From The Heart, starring Teri Garr and the late Harry Dean Stanton, which included five songs performed by Crystal Gayle and Waits: “Old Boyfriends,” “Take Me Home,” “This One’s From the Heart,” “Picking Up After You,” and “Is There Any Way Out of This Dream?”

Rickie Lee Jones’ 1983 EP and third release, Girl at Her Volcano, featured several live performances, a cover of The Drifters’ 1964 classic “Under the Boardwalk,” some leftover studio tracks, and a song written by her former boyfriend, Waits, called “Rainbow Sleeves.”

When Marianne Faithfull began working on her album Strange Weather, it was the first time she was recording new music after kicking a 17-year addiction to heroin. The title track was written by Tom Waits and Kathleen Brennan after many conversations with Faithfull about the toll the previous years took on her. Prior to recording, Faithfull went into rehab following a fall down the stairs, while under the influence, which broke her jaw. The songs of Strange Weather document some of the most turbulent times in her life.

Will you take me across the channel
London Bridge is falling down
Strange, a woman tries to save
What a man will try to drown

And a love like ours, my dear
Is best measured when it’s down
And I never buy umbrellas
For there’s always one around

4. “Down There by the Train,” Johnny Cash (1994)
Written by Tom Waits and Kathleen Brennan

Under the guidance of producer Rick Rubin, Johnny Cash’s 81st album, American Recordings, featured a collection of songs written by an eclectic blend of artists—everyone from Glen Danzig to Cash’s former stepson-in-law Nick Lowe, along with a cover of Leonard Cohen’s 1969 song “Bird on a Wire” and Kris Kristofferson’s 1972 gospel-country song “Why Me.” Tom Waits was also enlisted as a contributor and wrote a gospel-tinted song about redemption for Cash called “Down There by the Train.”

There’s a golden moon that shines up through the mist
And I know that your name can be on that list
There’s no eye for an eye, there’s no tooth for a tooth
I saw Judas Iscariot carrying John Wilkes Booth
He was down there by the train

Tom Waits and Chuck E. Weiss met in 1972 and remained friends and collaborators ever since, beginning their musical collaboration on the track “Spare Parts,” recorded on Waits’ 1975 album Nighthawks at the Diner. Though Waits later recorded “It Rains on Me” for Orphans: Brawlers, Bawlers & Bastards in 2006, he first handed it over to Weiss for the late blues, Americana, and beat poet singer’s second album, Extremely Cool, released in 1999. A follow-up to Weiss’ 1981 debut The Other Side of Town, Extremely Cool was also co-produced by Waits, who also appears on two tracks, including “It Rains On Me.”

Waits also wrote songs inspired by his late friend, including “I Wish I Was In New Orleans Again” and “Jitterbug Boy.” Weiss died on July 20, 2021, from cancer at the age of 76. 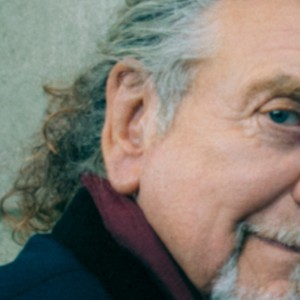 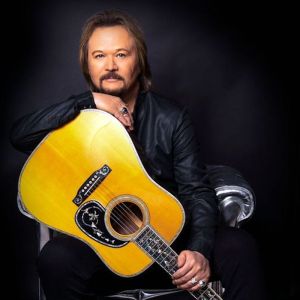