From his early work in the late 1960s and 1970s with the famed blues-rock group Led Zeppelin to his more recent work in the 21st century with Alison Krauss, Plant has done what some say is impossible: enjoy a second career act.

Here, we wanted to celebrate and dive into Plant’s illustrious catalog and highlight the best 10 songs of his multiple careers—for a second time. (If you missed part 1, check it HERE).

So, without further ado, let’s go.

Has there ever been an opening line as emphatic, as heart-racing as this? And then the big, hefty guitar lick kicks in from Jimmy Page and we’re off! “Black Dog” is the opening track on Led Zeppelin’s fourth album and is as indelible now as it was then.

Featuring a warm, bright acoustic guitar and a simple, repetitive slap rhythm, this track also has a beautiful bass melody. All of this, though, supports Plant’s feathery voice—all before the big electric stuff hits your ear drums. The track, which is from the band’s 1969 LP, Led Zeppelin II, is timeless and all about pain and love.

From Raise the Roof, the second album from Plant’s collaborative record with country star Alison Krauss, which was released in 2021, this song was originally written by songwriter Bobby Moore. It could easily be a stripped-down Led Zeppelin song, however. Together, Plant and Krauss boast angelic harmonies and such power together, it’s a wonder they’re not twins.

Built on a ceaseless heavy guitar riff, this song showcases Plant’s cavernous, echoing voice. It includes nods to Norse mythology as Plant unleashes howls like a aod. The track was released on Led Zeppelin’s third album, Led Zeppelin III, in 1970.

With big, swelling strings coupled with lightning guitar riffs, this track is as epic as it gets. Famously sampled in the ’90s by hip-hop mogul, Puff Daddy, “Kashmir” was first released on Led Zeppelin’s sixth album, Physical Graffiti, in 1975.

Originally written by Allen Toussaint, this track appeared on Plant and Krauss’ 2021 album, Raise the Roof. It’s classic but also dark in the subtle way country songs can be. While Krauss features as the initial vocalist, the track boasts the kind of backup singing from Plant that can’t be understated. Two lions at their best.

Written by The Everly Brothers, this track appeared on Plant and Krauss’ 2007 album Raising Sand, the first from the duo. It rolls along like a pleasant train through the American plains. It’s remorseful and beautiful, a combination the Grammy Award-winning duo has come to be known for since they began working together.

8. “The Song Remains The Same”

Frantic and frenetic, this track is the opening song from Led Zeppelin’s 1973 album, Houses of the Holy. Here, Plant doubles his voice and creates a magic spell of melody and electricity that is unmatched by any lead vocalist. Truly, Plant is an all-timer, and this is Exhibit A.

Also from Plant and Krauss’ 2007 album, Raising Sand, this gentle track talks about endings with such melancholic-yet-blissful voice blending that one recalls combinations like butter and honey, frosting and birthday candles and stars and the night sky. Together, the two are so good, ears wonder if any could be better.

Featuring powerful acoustic guitars, this song was released on Led Zeppelin’s 1970 album, Led Zeppelin III. It reflects on heartbreak and lost love. It was originally recorded by Page’s band The Yardbirds in 1968 and was titled, “Knowing That I’m Losing you.” But Plant takes it over the top as only he can. 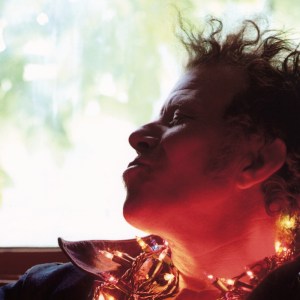