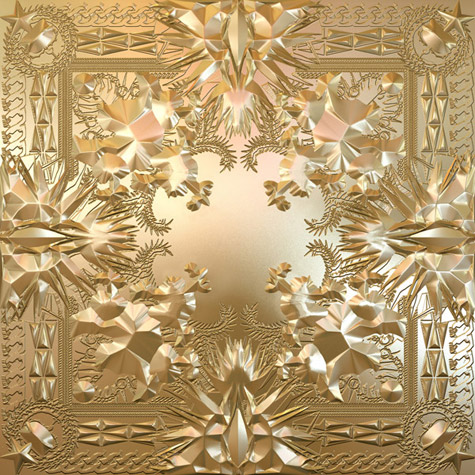 What do we want from our biggest artists? The ones who are established beyond belief?

How about some Audacity, with a capital ‘A’?

It’s right there in your face before you even open the packaging, with just the album’s name: Watch The Throne. But we’re not just dealing with royalty here; let’s shoot for something a little more. “What’s a king to a god? What’s a god to a non-believer?” Frank Ocean sings on “No Church in the Wild,” the album’s menacing opening track.

A fitting introduction, because here are our gods, at least our gods of rap: Jay-Z and Kanye West, together, not for one or two tracks as a guest, but for a whole album.

Let that sink in. What’s the equivalent of this in another genre? Back in the day, Keith Richards and Paul McCartney getting together, maybe. Or if Bruce Springsteen had been mentored by Bob Dylan. The term “super group” gets thrown around a lot these days, but sorry, Canadian indie bands or alt-country groups that mix and match members, this is an actual one. Behold The Throne; tremble at its power.

And believe in these gods, because they deliver. Watch the Throne is one of the more interesting, envelope-pushing mainstream rap albums in recent memory. Jay-Z is in fine form on his opening verse on “No Church,” dropping lines like “Jesus was a carpenter/Yeezy laid beats/Hova flow the Holy Ghost/Get the hell up out your seats.”

And who else but Kanye West could get the Otis Redding estate to sign off on a chopped-up sample of “Try a Little Tenderness.” “Otis” is downright dirty, a fun romp of West and Jay-Z trading standard rap brags. A little taste of Kanye’s: “Luxury rap, the Hermes of verses/Sophisticated ignorance, write my curses in cursive.”

Perhaps the most special moment on Watch The Throne, as in, Wow, I can’t believe this is really happening!, is on “Gotta Have It,” when Kanye and Jay-Z trade lines, finishing each other’s thoughts, leading to exchanges like this:

Kanye: And last party we had, they shut down the Prive

Jay-Z: Ain’t that where the Heat play?

A new era is here, filled with rap artists willing to push boundaries, who expect themselves and their peers to do the unexpected. Lil’ Wayne makes a rock album, albeit a pretty bad one; Drake releases a hybrid speak-sing R&B/rap as his first single off his new album, so sensitive in his sweater vest. Frank Ocean, an unknown launched by his free online mixtape, nostalgia/ultra, is invited to collaborate with two living legends and then delivers a star-making turn.

Then there is The Throne, still at the top, able to take a little bit of all of those trends and combine them into their own opus. There’s a clear rock influence on the beat of “Murder to Excellence,” a track highlighted by Kanye’s intense verse about the killings in inner city Chicago. There’s “Welcome to the Jungle,” where Jay-Z calls himself the Black Axl Rose over Swizz Beatz’s trademark stuttering snares.

And as for sensitive, no one in the game does it better than these two. You can have your Drake and your The Weeknd; you can have your Trey Songz. But we’ll take the men behind “Lost One” and “Hey Mama” any day.

On The Nina Simone sampling “New Day,” both Kanye and Jay-Z talk about how they would like to raise their sons, and both save some of their best lines for the occasion. Kanye: “And I’ll never let my son have an ego/He’ll be nice to everyone, wherever we go/I mean, I might even make ‘em be Republican/So everybody know he love white people.” Jay-Z: “And if the day comes I only see him on the weekend/I just pray we was in love on the night that we conceived him/Promise to never leave him even if his mama tweakin’/Cause my dad left me and I promised to never repeat him.”

It’s a touch of vulnerability in the sea of bravado, a human side to our superheroes, their Clark Kent moment, if you will. Isn’t it great when our gods, for all their accomplishments, are still like us? 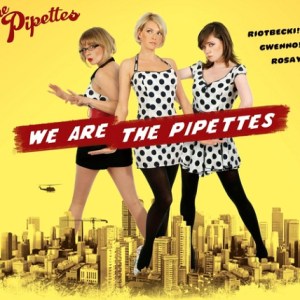 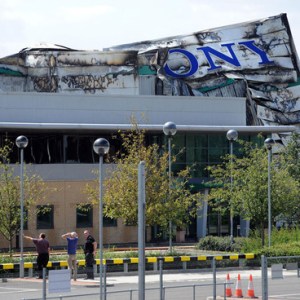