Serial killers. They like music, too. Who woulda guessed?

Sometimes those murderers who later became famous for their string of crimes used their favorite music to inspire them on their spree. It’s not fictional. It’s not just in the movie The Silence of the Lambs where music and mayhem cross—No, it’s real life.

Here, we will dive into the favorite songs of those famous serial killers.

Known for: Tried to start a race war with his followers in the late 1960s.

Music he loved: The Beatles (specifically The White Album). Manson thought the lyrics on the psychedelic album were speaking to him directly. Especially the song “Helter Skelter,” which he felt was made for the Manson Family’s fight song. During his Tate/LaBianca murders, Manson’s murderous followers wrote the words “Helter Skelter” (six) with their victims’ blood.

Known for: Also known as the Son of Sam and the .44 Caliber Killer, who killed eight in New York City in the summer of 1976.

Music he loved: Hall & Oates. He found inspiration for his crimes, especially in the No. 1 hit, “Rich Girl.” The song revved him up and gave him a target: young women.

Known for: The Night Stalker killed 15 people (or more) in California between June 1984 and August 1985.

Music he loved: AC/DC. In fact, the murderer was such a big fan that it was his love of the rockers from down under that did him in. Police found his favorite AC/DC hat behind at a crime scene. He is also famous for writing the lyrics to the Judas Priest song, “The Ripper,” at the scene of one of his crimes.

Known for: Killing young girls in the 1970s.

Music he loved: Ted Bundy actually loved talk radio. In the book, Ted Bundy: Conversations with a Killer, he said, “I would lie in bed for hours listening to news broadcasts exclusively. Meet the Press, or whatever. My favorite thing on Sunday nights was to hunt the radio bands for talk shows, call-in programs, and documentary-like things. They’re still my favorites. I’d listen to talk shows all day rather than listen to music.”

Music he loved: Black Sabbath. Specifically “Iron Man.” He liked to get drunk, listen to Sabbath and plot his killings.

Known for: The serial killer clown. He killed at least—at least—33 people in the 1970s.

Music he loved: REO Speedwagon. On death row, he said his favorite musicians were REO Speedwagon and Elton John. He also said he liked Bob Dylan, Neil Diamond, and Roy Orbison. Probably not a feather in the cap for these legends.

Famous for: The Angel of Death, as she was known, spent years quietly murdering people at the hospital, Nocona General, where she worked as a nurse between 2000 and 2001. She would inject her victims with a drug that paralyzed their respiratory systems.

Music she loved: Country songs. From Texas, she loved three chords and the truth. She even attacked someone at a favorite honky tonk known as the Third Spur. 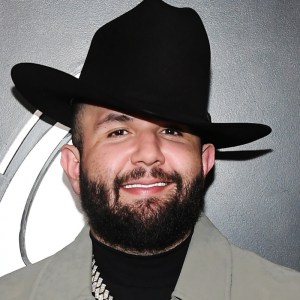 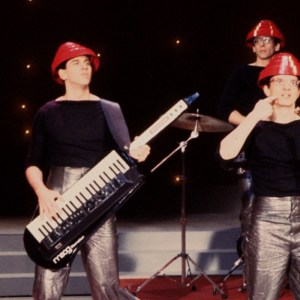