Songwriter, musician, producer, and co-founding member of the disco-funk band Chic, Nile Rodgers has worked with everyone from Madonna, David Bowie, Diana Ross, Mick Jagger, and an endless list for more than four decades with his work featured on albums that have collectively sold more than 500 million copies worldwide.

Working in the 1970s through early ’80s with co-writer and fellow Chic co-founding member and bassist, Bernard Edwards, Rodgers co-wrote and co-produced Chic’s nine albums, along with several Sister Sledge albums—including the group’s 1979 disco hit  “We are Family,” the first song the duo ever wrote outside of Chic—back-to-back classics for Diana Ross with “Upside Down” and “I”m Coming Out” in 1980 and more consecutive hits.

Rodgers also went on to produce a number of film soundtracks and co-produce David Bowie’s Let’s Dance in 1983, Madonna’s breakout album Like a Virgin (1984), several albums by Duran Duran (Arena, Astronaut, Notorious, Paper Gods), and more releases by everyone from Jeff Beck, Grace Jones, INXS, the B52s, Blondie, late Swedish DJ and producer Avicii, Daft Punk, and others throughout his career.

Chairman of the Songwriters Hall of Fame, Rodgers has won multiple Grammy Awards and was inducted into the Rock & Roll Hall of Fame in 2017.

Here’s a look at seven more under-the-radar songs Rodgers wrote for other artists.

1. “Spacer,” Sheila and B. Devotion (1980)
Written and produced by Nile Rodgers and Bernard Edwards

Already a popular artist throughout the 1960s and ’70s, French pop singer Sheila only released two albums with her disco-inspired group Sheila and B. Devotion, including their second and last release King of the World, which was entirely written and produced by Nile Rodgers and Bernard Edwards. Sheila became well known for the sci-fi-themed “Spacer,” which became a Top 10 hit throughout most of Europe and sold five million copies worldwide. As a solo artist for 60 years, Sheila has sold more than 85 million records worldwide and released Venue d’ailleurs in 2021.

He’s a ladies man
Always greets with, a kiss on the hand
He protects us all
At the ready to answer our call
In his own special way he is gentle and kind
Oppression he hates
Love in his eyes
My heart skips a beat when I’m by his side

After their continuous streak of releases in the 1970s, when Blondie was on hiatus, singer Debbie Harry worked on her debut solo album, KooKoo, and released her very first single “Backfired.” KooKoo marked a new less-Blondie look for Harry, who appeared with darker hair and took on a more sci-fi persona in the music video for “Backfired,” starring famed Swiss fantasy artist H.R. Giger, who was seen miming in a mask.

Along with “Backfired,” Rodgers and Edwards wrote and co-wrote five more tracks on KooKoo—”The Jam Was Moving,” “Surrender,” “Now I Know You Know,” along with “Under Arrest” and “Oasis,” both co-written with Harry and Chris Stein.

Well, come here my little dear, I’ve got what it takes
Give me just what I want and I’ll give you a break
Well, don’t slip on your lips cuz you’re talking so fast
Buying for first, crying for last
Well come on my little lady, don’t shoot me down
I’ve got strong connections all over town
Just drop to a dead stop

3. “Why” Carly Simon (1982)
Written and produced by Nile Rodgers and Bernard Edwards

Recorded by Carly Simon for the 1982 comedy Soup for One, the soundtrack, produced by Rodgers and Edwards, ended up being a bigger hit than the movie. Along with other featured artists, including Sister Sledge, Debbie Harry, and Teddy Pendergrass, Simon sang the lovelorn “Why,” while Chic also performed three songs on the album, including the title track.

You know I loved you baby
But all the while, you just betrayed me
In the warmth of our bed
All the things that you said were

4. “Coming to America” The System (1988)
Written and produced by Nile Rodgers, co-written with Nancy Huang

Performed by synth-pop duo The System, “Coming to America” played in the closing credits of the 1988 Eddie Murphy comedy, Coming to America, directed by John Landis and Craig Brewer. The song peaked at No. 23 on the Hot R&B/Hip-Hop Songs chart and was the last commercially successful single by the group made up of Mic Murphy and David Frank.

In 2000, The System reunited for the album ESP and again for the release of System Overload in 2013.

I’ve been to Kenya and walked in Hyde Park,
I seen Copenhagen after dark with my baby.
I met the Pope at the Vatican,
I seen Ghana, Tijuana and the Sea of Japan

When electronic duo Daft Punk wanted a song about human connection and sexual chemistry for their fourth album, Random Access Memories, they enlisted Nile Rodgers and Pharrell Williams to help write their Grammy Award-winning track “Get Lucky.” The song, which also features Williams on vocals and Rodgers’ signature rhythm guitar funk, hit No. 1 in several countries, remained on the Billboard Hot 100 at No. 2 for five weeks, and won three Grammys, including Record of the Year and Best Pop Duo/Group Performance.

Rodgers also co-wrote two more tracks for the Daft Punk album: “Give Life Back to Music” and “Lose Yourself to Dance.”

“What we’ve done is extraordinary,” said Rodgers of the collaboration in 2015. “We’d tried hooking up for years. Eventually, it happened and they were more than complimentary about the CHIC heritage.”

The present has no ribbon
Your gift keeps on giving
What is this I’m feeling?
If you wanna leave I’m with it, ah

For Duran Duran‘s 14th album, Paper Gods, Nile Rodgers, who already co-produced several of the band’s earlier albums, co-wrote and co-produced two tracks, including “Only in Dreams” with Mark Ronson and Mr. Hudson and the single “Pressure Off” with Ronson, Hudson, and Janelle Monáe.

The first single off the album, “Pressure Off” also features vocals from Monáe and Rodgers on guitar.

Past is another country
The present will never last
The future, it’s still tomorrow
Are we living too fast?

For Beyoncé‘s long-awaited seventh album, Renaissance, Nile Rodgers co-wrote “Cuff It” and plays guitar on the track. The disco and funk-inspired song, which features an interpolation of Teen Marie’s 1988 song “Ooo La La La,” charted worldwide, peaking at No. 6 on the Billboard Hot R&B/Hip-Hop Songs chart. 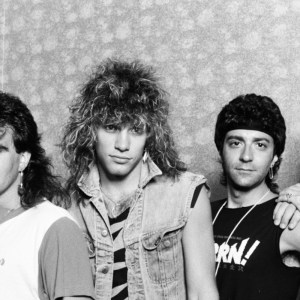 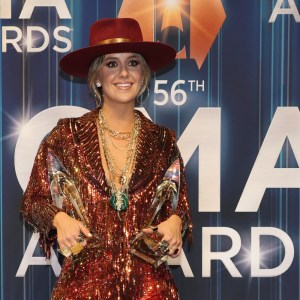