Bonnaroo Music and Arts Festival kicks off today in Manchester, Tennessee. Running through Sunday, June 11, the 2017 installment of the major festival has some appropriately huge headliners: U2, Chance The Rapper, Lorde, and Red Hot Chili Peppers, to name a few. In addition to the big names, there are also plenty of stellar mid-level and emerging acts heading to the Farm, many of whom are worth a mid-afternoon trek through the dusty terrain to catch.

Below, we’ve listed eight non-headlining acts we plan to catch at this year’s festival.

James Vincent McMorrow has one of those soulful voices that catches up on you when you least expect it, and could be likened to a poppier, more accessible James Blake. He just dropped a surprise new album True Care, which comes less than a year after the Irish songwriter released 2016’s excellent LP We Move. Catch him 6/9 at 6:45 at This Tent.

Luke Combs is one of the most buzzed about new country artists to come along in a while, and for good reason: his debut album This One’s For You shows the 27-year-old North Carolina native worthy of comparisons to the likes of Eric Church and Chris Stapleton. He’ll play This Tent at 4:15 p.m. on 6/8.

On the heels of releasing their new tune “Get Numb,” New Jersey’s The Front Bottoms will perform at 2:45 at What Stage on 6/10. Look for the band to deliver one of the festival’s highest-energy sets, with tunes that land somewhere between the Mountain Goats and Joyce Manor.

For fans of country music with a little soul and a lot of hooks, don’t miss a daytime performance from Cam. Famous for her breakout hit “Burning House,” the California-born songwriter worked with Kanye West collaborator Jeff Bhasker (most recently famous for producing Harry Styles’ self-titled solo debut) to craft a truly eclectic debut album, 2015’s Untamed. She’ll play Which Stage on 6/11 at 1:30 p.m.

Part of the artistic collective Brockhampton, 20-year-old Kevin Abstract is one of R&B/hip-hop’s most exciting emerging artists. His sophomore solo album American Boyfriend: A Suburban Love Story is an essential portrait of the growing pains experienced by American teens. Abstract plays This Tent at 12:40 a.m. on 6/9.

Bay Area multi-instrumentalist Jay Som — real name Melina Duterte — made one of the year’s best rock records with Everybody Works. Fans of Tennis and Carly Rae Jepsen alike should find plenty to enjoy when she plays the New Music on Tap Lounge on 6/9 at 6:45 p.m.

If you dig Courtney Barnett, you’ll love Lucy Dacus, a sharp-witted, self-deprecating songwriter who mines the best elements of pop, Americana and rock for a sound unlike much else out there. She’ll bring tunes from her most recent album No Burden to That Tent on 6/10 at 2:00 p.m.

River Whyless may employ the trappings of a typical string band — fiddle, guitar, prominent vocal harmonies — but they use those elements to surprising effect. They’re, gratefully, a far cry from the banjo-rolling Americana du jour, instead crafting tunes that would sound at home next to contemporaries like Hiss Golden Messenger and predecessors like Paul Simon. They’ll play That Tent at 1:30 p.m. on 6/11. 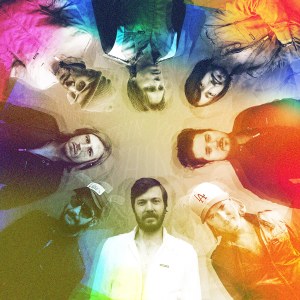 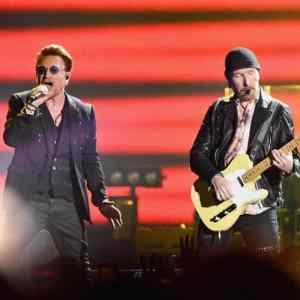