Bonnaroo Music and Art’s Festival’s sixteenth year marked a change in direction for the festival. Founder Ashley Capps said promoters were looking toward the future when they crafted this year’s lineup. Some longtime staples were done away with to make room for a newer, fresher Roo but in many ways it’s still the same sweaty farm we all know and love. We’re here with your day 2 coverage below:

Less than a week out from the release of his fourth solo album, City Music, ex-Woods bassist Kevin Morby offered up a dynamic set of space-y jams and throwback protopunk rockers to That Tent Friday afternoon. Similarly to Woods (and Wilco before them), a lot of Morby’s songs are about payoff. The band take their time, often building long, subdued, lyrically-based arrangements up before spiraling into a ferocious, blazing, and unexpected crescendo. Guitarist Meg Duffy is the band’s MVP, bringing a unique, but signature sonic twist to Morby’s vintage blend. The band closed with their take on The Velvet Underground’s “Rock & Roll” and it was alright.

Bonnaroo sets can often be such huge productions it’s easy to lose touch with the band, but Car Seat Headrest seemed more interested in making a moment with the fans. Will Toledo and co. were easily the most unpolished band to play Friday and holy shit was it a breath of fresh air in the dusty Tennessee heat. This year’s lineup unfortunately didn’t leave a lot for punk fans, but luckily Car Seat Headrest had us covered. It’s easy to see why Matador (home of 90s alumni Pavement, Silver Jews) were so excited when they signed this kid. Full of talent, and with the ability to cut through a crowd with pure emotion, Toledo had This Tent’s crowd in the palm of his hand as they sang and danced along to his songs. At one point the band invited a fan up to play cowbell for a few songs, and even encouraged her to play a “solo”. Sharply focused, yet playfully exuberant, Car Seat Headrest had one of the best sets of the festival. Keep an eye on Will Toledo, he is surely destined for even bigger things.

Preservation Hall
Established in 1963 Preservation Hall Jazz Band has built it’s name on tradition, and the ability to challenge it. Despite many member changes over the years, the legendary New Orleans group has never needed to “reinvent” its sound because it is so versatile and expansive. Over the years they’ve collaborated with everyone from Woody Allen to Jim James and Ani DiFranco, always trying something new and always still somehow sounding like themselves. This year they transformed That Tent into a New Orleans dance club with their energetic arrangements. Bassist and multi-instrumentalist Ben Jaffe, son of co-founders Allan and Sandra Jaffe, is the glue that holds this historical group together, subtly cueing the members and allowing them to do what they do best. Even if you’ve seen these guys a billion times (and believe me, I have), if you skip them you are going to be missing out on something unique and incredible.

U2
This is the part of the review where I admit that I’ve never been a fan of U2. I came into this set a complete newb and  in many ways it was exactly what I expected. Their show was spectacularly produced, vaguely political, and featured dozens of songs that the entire crowd knew all the words to, even if they weren’t U2 fans. At one point Bono reminded us all how relevant one of the songs from The Joshua Tree still was, which was an incredibly Bono thing to do. That being said, their set was highly entertaining. The Edge is truly a legend and his iconic guitar tone sounded right at home on the farm. The band mostly stuck to older songs, playing the entirety of The Joshua Tree complete with interactive music videos played on the jumbotrons. It was a perfect introductory set that showcased the very best material the band had to offer. Bono noted this was only the second time in 30 years that the band has played a music festival. “Did we make a mistake not coming sooner?” he wondered aloud.

This was Portugal. The Man’s first official late night set at Bonnaroo (they played a surprise pop-up set on the float years prior) and the Alaskan pysch rockers had such an intense nightclub vibe I almost forgot we were in This Tent. Their shadowy silhouettes projected on the screen juxtaposed with a psychedelic light show at 1 a.m. was entrancing to say the least. The band opened the show with some Metallica jams before launching into their hit “Purple Yellow Red and Blue.” After hitting the ground running the band (and the crowd) didn’t stop until well after their allotted time slot, dancing deep into the night. After smashing through an Oasis cover and Pink Floyd’s “Another Brick In The Wall Part 2,” the band closed out their set with a reprise of “Purple Yellow Red and Blue.” 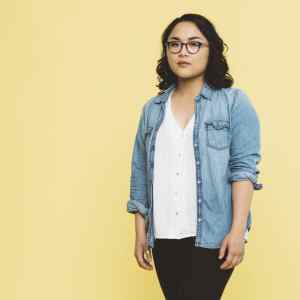 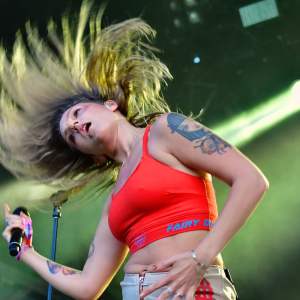