In case you didn’t know, they tend to do things a little different down in Texas. They do them different, they do them big and John Baumann is no exception.

2020 may have sidelined damn near everyone in the music industry but Baumann kept rolling full steam ahead. In addition to releasing his album Country Shade back in June, he also joined The Panhandlers alongside other Texas greats Josh Abbott, William Clark Green and Cleto Cordero. Since that wasn’t enough, Baumann is still churning and burning and plans to roll right into the new year on the wave of a few new songs, most notably “Texas Dead” and ‘Tokyo Smile,” both part of a new project entitled A/B Sessions: Vol. 1.

Though our days of digital have rendered the vinyl 45 or cassette single useless, Baumann still has a penchant for that type of release. In his eyes, the dual A/B sides of a single release gave the artist the opportunity to release two songs that don’t necessarily fit together thematically and might not even both be on the album. They do, however, give the artist a chance to showcase two very different sides of themselves and allow the listener to discover them without getting lost in the weight of a full album. That’s the idea here with his two new songs.

“’Texas Dead’ is a fusion of a few songs I have been working on over the past year,” says Baumann. “I kept running into a wall with the combinations of the songs I was working on, that when I started to put all 3 together, it felt like I had a runway to finishing, which I did in the summer months of 2020.

“I have been wanting to write my own plant-your-flag-in-the-ground song for my home state. There are wrinkles all over the song that pay homage to Texas culture: the Lone Star Beer bottle caps riddle puzzles, the music of some of Texas’ finest songwriters, high school football and the dreaded ‘Oklahoma Drill,’ which actually ended my high school football career, and lastly an ode to the oil that can be found in Texas that has changed the fortunes of so many people.”

Being as “Texas Dead” is the official single, that makes “Tokyo Smile” the infamous B-side. Built on wavy, warm guitar tones, gorgeous string arrangements and a walk along beat, “Tokyo Smile” is equally deserving of attention.

“’Tokyo Smile’ was a title I had and it just felt like an interesting combination of words, linguistically. I had this idea in my head of a guy flying across the world to see his girl, and the whole duration of the flight, he’s too excited to think or do anything else for that matter – he’s simply focused on that moment when they see each other.”

Vol. 1 is the first in a series of A/B sessions, which Baumann plans to release throughout 2021. 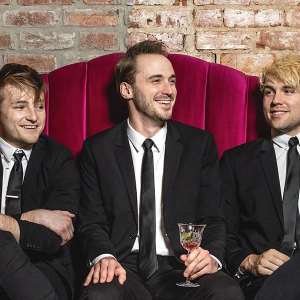 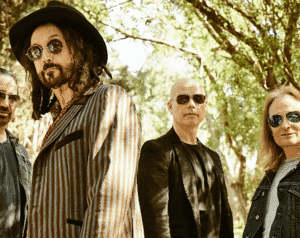