Despite major setbacks, the North Carolina-based psych-blues project, The Pinkerton Raid, feels hopeful for the future. The trio, like many emerging acts, had big plans for 2020.

“It almost feels like this year has been a total loss,” says lead singer-guitarist Jesse James DeConto. Surviving almost entirely on live music opportunities, the band has admittedly struggled. They’ve shared glimpses of those grapples with single selections this year and continue to look optimistically ahead.

“Songs come from life, and life is a lot of mountains and a lot of valleys,” the artist offers. “That’s certainly true of being a musician.”

The Pinkerton Raid, complete with bassist Jon Depue and drummer Scott McFarlane, was once a sibling band. DeConto’s sister, Katie, joined in 2011. The band’s trajectory aligned with her new business’s growth, a grassroots, collaborative co-working space, and local arts market. The plans came into fruition as the band was also releasing and touring on its second album, A Beautiful World.

Pressure surmounted as she attempted to perfect both projects. Taking on the struggle of Durham’s art community and her family band, she needed a reminder of her efforts’ eventual results. So Katie got a tattoo on her right shoulder, a simple line drawing of the sun underneath a mountain range before it rises.

This imagery inspired “Dream The Sun,” a radiant tune of comfort. DeConto composed the song as a blessing to his sister, wishing her freedom from the emotional complexity of leaving the band in 2017 and embarking on a new creative journey.

They teed up the original debut with the Spring Equinox at NorthStar Church of the Arts. The establishment is intimately tied to nature spirituality, so the band planned to perform springtime rituals to welcome in the new season. Instead, a global pandemic ensued.

“Hopefully, after the year we’ve had, people will listen to this song with resonance,” the band lead offers of their digitally released single. “It is a metaphor for my experience as an artist, but also anyone. We all need hope. It’s like food for our minds and hearts. If we don’t think that the things that are wrong are going to get better, then it’s hard to move forward.”

The Pinkerton Raid delivered a timely visual for the track earlier this month, illustrating this song’s evolution within its current context. Rather than inviting in a blossoming spring, the video marks another turning point—the close of an extended period of hurt. Wintery imagery places the listener within this moment of reflection. The lyrics follow the sun’s ceremonial dance, embedding a message of hope, and encouraging brighter dreams for 2021.

The band’s original playbook involved a monthly release of new singles leading up to their fifth studio album. After deciding to do a full pushback, there was only one song that felt urgent.

In October, they released “Rebel Mama Blues,” a slow-burning anthem. Born in the wake of the 2016 Presidential election, the protest tune explored an entire generation’s susceptibility to perceived brainwashing following 1960s’ anti-authoritarian individualism.

“I couldn’t understand the appeal, especially to boomers, have lived most of their lives on mistrust,” DeConto explains. He cited Vietnam and Nixon, the CIA in Latin America, and the Clintons, humorously adding, “Just name your scandal. Real or manufactured, it almost doesn’t matter anymore”

“I wanted to capture that idea in some compelling way,” he continues. “I started picking anecdotes close to me that symbolized that rebellious spirit, mistrust of authority and institutions, power, and hierarchy. I took a concrete narrative and blew it up on a grand scale.”

The charged track plays into the paradox of authoritarianism in the United States. With persistent percussion and searing electric guitar solos, the band emphasizes the importance of compromise.

The artist explains, “It captures a collaborative giving up — giving up on democracy, solutions, and working together.”

With the future of live entertainment still up in the air, the band has laid a short-term plan for new music deliveries.

Next up from The Pinkerton Raid on January 22 is “Cinnamon Sweet.” The song grew from the ‘Me Too’ movement that marked much of this last administration.

“I wrote it while watching my wife navigate that period,” DeConto shares. “I was watching the sense of freedom and safety that came as they named the harassment and oppression she and other women had been suffering. The Woman’s Marches exhibited a lot of that emotion.”

Sonically, the track mirrors the fierceness unwillingness of women to keep putting up with it.

While much has undoubtedly been lost, the band survives on continued engagement from fans and friends. They feel overwhelming gratitude for those watching videos, buying merch, commenting on social media, and showing up on the other end of their livestreams.

“It’s amazing how much of the little reaction emojis mean when you’re so starved for human interaction and feedback,” DeConto shares.

Watch The Pinkerton Raid’s New Year’s blessing, “Dream The Sun,” below. Pre-save their upcoming single, “Cinnamon Sweet” and keep up with the latest on their website. 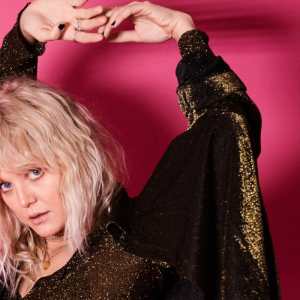 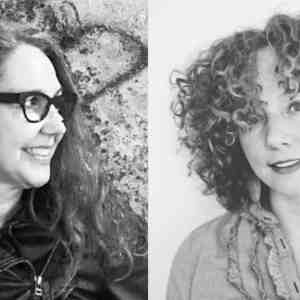