It was 1969 when The Band released “The Night They Drove Old Dixie Down,” a powerful song written by Robbie Robertson that told the somewhat agonizing narrative of the onslaught of struggles suffered by a poor white Southerner named Virgil Caine towards the end of the Civil War.

Braison Cyrus couldn’t get enough of the story held within that song.

“My whole life, I have known that I somehow want to try to replicate or tell a similar story to what was told in that song,” says the folk-pop singer-songwriter during a new interview with American Songwriter. “But I knew there was a happier story to tell from the other side – the story of the Northerner who won in one way and lost in another. It’s the story of the man who sacrificed all that he once had to keep us together as a country.”

And it is this story that Cyrus tells delicately within the masculine confines of “Across the Great Plains,” his first song from his upcoming album set for release next year and debuting exclusively on American Songwriter Friday (Nov. 6.) “Across the Great Plains” is a lyrical masterpiece by a budding storyteller who seems to already have an uncanny ability of using simple words to paint somewhat complicated landscapes and complicated characters…and do it beautifully.

Of course, in order to do this, the 26-year-old had to feel this character deep in his bones.

“I took a bunch of creative writing classes in school and I learned about how to truly get into your character before you write anything,” recalls Cyrus, who also debuts the song’s music video on American Songwriter today.  “So I started writing letters as this guy, letters that I felt like he would send to his girl and his family and such, and I just went from there.  And while these letters could turn dark since there were some awful things that he saw as a part of his narrative, he didn’t want to dwell on that.”

And neither did Cyrus.

“It’s so rare to write a song with a main character in your mind that you can put a face on with your lyrics,” says Cyrus. “The connection I made with this person was deep. He was a hero to me in some ways, especially in how he was heartbroken and hopeful at the same time. He chose to be happy, making the choice that the result wasn’t as important as the adventure itself.”

And while it is this story of this fictional man that serves as the backbone of “Across the Great Plains,” there were far more images and characters that seemed to catapult Cyrus even deeper into the storyline of this song.

“Everything as a kid feel like a blur when you are looking out that window,” says Cyrus, who grew up on the sounds of not only The Band, but also Neil Young, Bright Eyes, My Morning Jacket, Fleet Foxes, and Band of Horses. “But at the same time, you always remember that feeling of being amazed by what you see.”

Indeed, it was that blur that morphed into memories for Cyrus, from the Rocky Mountains of the West to the stone walls that continue to stand alongside the hillside roads of his home state of Tennessee. And it was these memories that he conjured up during the writing of “Across the Great Plains.”

“I started thinking about what if I had travelled across the country back then,” recalls Cyrus, who has been busy recording his new album, which is being produced by former White Denim member Austin Jenkins, at Castle Recording Studios in Franklin, Tennessee. “How much harder would have been? How new would have everything seemed? What would it be like to see certain things for the first time?”

It got him thinking one night in a garage in Los Angeles.

“I had this main little melody and this sort of idea and I was strumming my guitar back and forth between C and G and I recorded all of it, but I never did anything with it,” Cyrus remembers. “I then moved to Nashville and started going through some of my old stuff trying to decide what to keep and what I should throw away forever, and I ran across this melody again.”

Three years ago, that melody finally turned into “Across the Great Plains.” The backup vocals from Daisy Bernet of the band Five Islands completes the production.

“In the end, I wanted to tell a love story, which looking at now seems to comes across a bit cryptic,” chuckles Cyrus, who married the love of his life Stella McBride last year. “But it also indirectly tells my own story, from travelling across the country to moving back to Nashville and meeting my wife. It’s many stories within one.”

“This song, to me, is so uniquely my own perspective on things.” 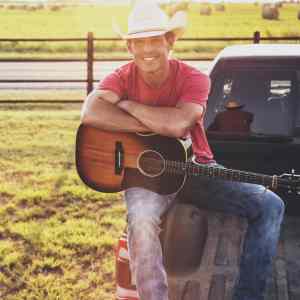 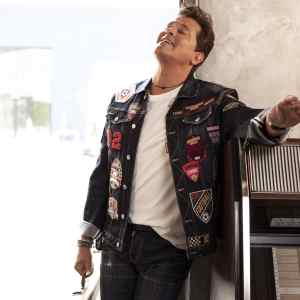