When Carlos Vives accepted the Billboard Hall of Fame award at last month’s Billboard Latin Music Awards, the Colombian superstar thanked his home country for the inspiration it has provided over the three decades of his career. “Nearly 30 years ago, I decided to make my music in an original way, without copying what existed at the time. The industry didn’t see it, but fans did,” he said. For multiple Grammy-winning Vives, making Colombians proud of their culture and music and taking the music of his homeland to the world will forever be his greatest achievements — no matter how many accolades he receives.

“Behind these awards rest our people, and it’s them who have taken us to this hall of fame,” he tells American Songwriter. “In this hall forever rests my brother Egidio Cuadrado who plays the accordion, [gaita flute player] Mayte [Montero], and the whole La Provincia [his band] who have accompanied me in this journey throughout all these years.” Vives does, however, stand to pick up a few more awards at next weekend’s Latin Grammy Awards, where he has six nominations.

His most recent album, Cumbiana, is up for Album of the Year. It showcases, in glorious fashion, his trademark sound — traditional Colombian music infused with pop, rock and other Latin music styles, aided by some of the finest names in music today, from Jessie Reyez to Alejandro Sanz and Ruben Blades. “I’ve always seen our musical essence like something that is profoundly tied to our future,” he says, of his ability to popularize vallenato and bring it into a contemporary space. “Each generation brings us new instruments and new ways of expressing the music that we have within,” he adds.

His 14th studio album, over 10 tracks, plays on this, expanding the way Vives has sought to bring Colombia’s past together with its future. Born Carlos Alberto Vives Restrepo in Santa Marta, on the northern coast of Colombia, he became a professional musician by the age of 18, singing in a rock band at night clubs. Vives also took on acting roles in telenovelas, and it was playing the part of vallenato composer Rafael Escalona in 1991 that changed the way he made — and understood — music.

The series portrayed Escalona’s life as well as the culture and history of vallenato music, which Vives had grown up with in the neighborhood around him, but it had been looked down upon by the white ruling classes because of its association with Black and Indian workers. Singing on the Escalona soundtrack inspired Vives to learn more about the music and stirred an interest in him to help bring it from the fringes of culture to the mainstream.

Vallenato, a form of Colombian folk music, played on accordion, caja (a type of drum), and guacharaca (a scraping, percussive instrument), has inspired many famous Colombians over the years, including Nobel Prize-winning author Gabriel García Márquez. The lyrics are filled with poetic imagery about local lore that comes primarily from Colombia’s Caribbean region. The three instruments used to create vallenato contain the history of the country — the caja, held between the knees and played with bare hands, was brought to Colombia by African slaves, the indigenous instrument guacharaca, mimics the call of the guacharaca bird, and the accordion, is originally from Germany.

Vives recorded his first vallenato album, 1993’s “Clásicos de la Provincia,” on his own record label. Featuring updated versions of classic vallenato hits, including “La Gota Fria,” which became a smash club hit in much of Latin America and the US too, the album sold more than one million copies. He continued to find commercial success with the albums that followed, and created Tras la Perla, a non-profit that aims to revive his hometown of Santa Marta. Vives’ place in the music has not been without controversy (particularly among some vallenato elders who saw him as an outsider), but over the years, he has managed to earn the respect and admiration of most vallenato purists.

Vives decided to name his latest album Cumbiana to represent “that amphibian territory where cumbias [a shuffle-like dance step derived from slavery], vallenatos and porros [a faster cumbia rhythm that developed into its own genre of music] are born.” It is the music that has nourished his career.

There is also a song on the album called “Cumbiana,” which speaks of healing together the pain of the homeland. On a recent NPR Tiny Desk performance, Vives dedicated the song to Colombia and its people. “To that wonderful diversity that has given us all the supplies required for reinventing ourselves, for reinventing our music For them and to them. To love in our land and to reconciliation,” he said.

Keeping vallenato alive remains key for Vives. “The real Vallenato can’t be recorded. It’s portrayed by our countrymen. It’s our nature. It’s our families. It’s our stories and our cultures,” he says. “The only way we can conserve it is for our people and our territory to be happy. And this is the substance with which I have made all my songs. How we say in English, “My People’s Rock” [El Rock de Mi Pueblo, the title of his 11th studio album].”

He’s also been working on a book, which he has been working on during the quarantine, that’s soon to be released and that goes deeper into the history of the music he sings. He has also been working on songs for his next album, Cumbiana Volume 2. Vives says he was motivated to write the book to share more about the origins of the music he loves, born in a territory of great rivers and wetlands. “All of these aspects of cultures that arrived, like European and African cultures, gave Colombia a special sonority within our Caribbean music,” he says. “But it’s the story that has never been told. To talk about Colombia’s true music origins is the true nature of this book. That’s why I speak in this book about stories and oral traditions of a lost world and a land that is rich in all aspects of life.” 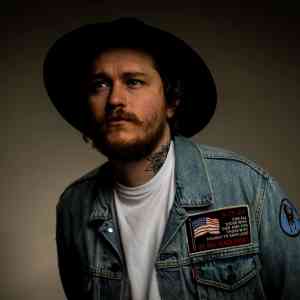 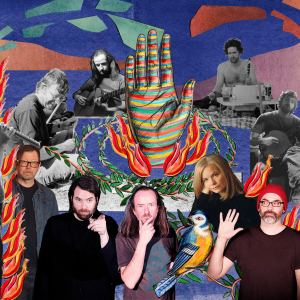