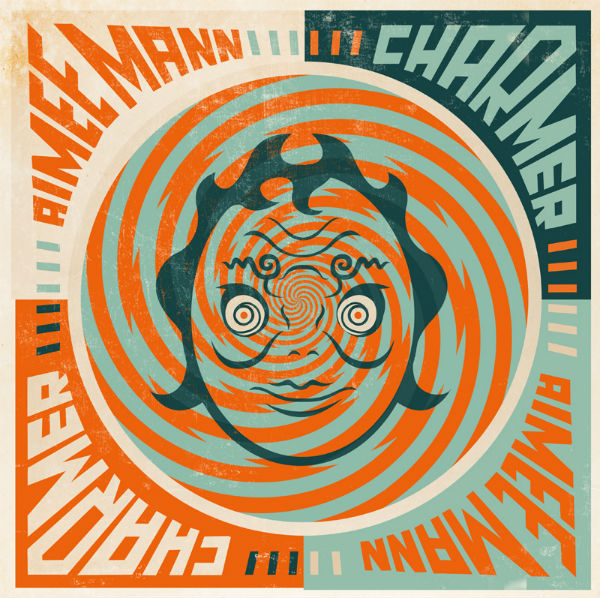 The arch of Aimee Mann’s oeuvre, like many of her songs, forgoes the idea of a streamlined narrative. Always one to favor contradictions and curveballs, Mann’s breakthrough, Bachelor No. 2, Or The Last Remains Of The Dodo, was followed by the gray atmospherics of 2002’s Lost In Space. Three years later, she returned with the conceptual song cycle The Forgotten Arm, and in 2008 came @#%&*! Smilers, a record that, relative to Mann’s prickly standards, registered as fairly straightforward pop.

Yet Charmer, Mann’s eighth solo studio album, isn’t so much a divergence into new territory as an outgrowth of Smilers, a sort of refinement that finds her using bright Moog lines and glossy production to color her songs. For another artist, this might be considered a retreat into palatability; for a singer-songwriter like Mann, who’s always been defined by subtle quirks rather than grand gestures, it’s a particularly daring move, and one that doesn’t always pay off.

On first listen, Charmer plays like Mann’s most superficial outing. It’s certainly her breeziest, least thorniest and easiest to swallow. Yet closer inspection reveals this to be a thematically unified collection of songs exploring superficiality in all its guises. Against a polished backdrop, Mann acerbically dissects vanity, physical beauty, and social status in track after track, as the characters that populate the album use their appearances and reputations to manipulate and barter their ways through life. The charmer of the title track is ruled by self-hatred and hidden agendas, a friend amicable enough to earn the nickname “Gumby” is actually a wayward father and on “Labrador,” a callous lover makes a pet of the narrator.

Mann has chosen to score her words with music that borrows from Harry Nilsson, Fleetwood Mac’s mid-‘70s work, and Joni Mitchell’s hit singles – in short, intelligent yet radio-ready masterstrokes of studio craft that cloaked insightfully cynical messages in primary colored pop bouquets. The trouble here is, while Mann’s words often sting, Charmer is stuck in a sort of sonic purgatory that’s competently, unadventurously spacey and twangy.

For the album to be a total success, its broad strokes would have to be the kinds that burn themselves into listeners’ memories. Unfortunately, Mann lacks the sort of extroverted dynamism to sell material this compact and direct. Problematically, the songs also frequently fail to slowly worm their way into your subconscious in the expected ways. The album lacks the unassuming, artisanal quality that’s always been so integral to the singer’s work, even during her most accessible moments. At Charmer’s lowest points, she almost seems to be tempering her edge and wit to be congruent with the innocuous arrangements, as on the surprisingly dim “A girl who lives in crazytown/Where craziness gets handed down” chorus of the overly slick “Crazytown.”

Charmer is at its finest during the most subdued, quietly detailed stretches, which veer closer to what we’ve heard from Mann on past efforts. While “Slip And Roll” finds her reverting back to the boxing fascination that was so apparent on The Forgotten Arm, the song’s unadorned yet careful composition makes it a highlight, while the bouncy but haunting “Soon Enough” favorably recalls Mann’s collaborations with Jim O’Rourke.

Likewise, the less varnished, James Mercer-assisted “Live A Lie” is a looser detour, a touch earthier than the songs that surround it, though still tuneful and in keeping with Charmer’s core lyrical concerns. “You can see yourself in the side mirror/Tossing your hair/If no one is there/Then why do you care?” wonders the Shins’ frontman as he begins to trade barbs with Mann, none sharper than the latter singer’s piercingly offhand “No one bares a grudge like a boy genius/Just past his prime/Gilding his cage a bar at a time.”

With such winning moments, it’s hard not to wonder what kind of album Charmer could have been had Mann spent more of the record in her comfort zone, admirable as her will to toy with vibrant, synth-dominated arrangements is. 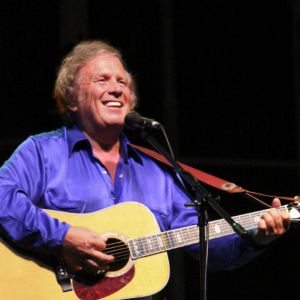 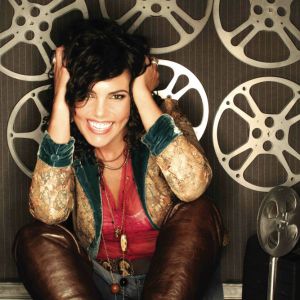