When you speak to Aimee Mann for the first time, you tend to notice a few things about her right off the bat. She’s unfailingly friendly and puts you at ease; she made this interviewer feel like he was doing his job right by responding to questions with the phrase “That’s interesting.” She’s extremely self-deprecating, as evidenced by her stunned remark when it was pointed out to her that NPR once named her one of the ten best living songwriters: “I almost don’t believe you.” She’s funny, insightful and modest, basically everything you would hope a ridiculously talented musician would be.

What she’s not is a downer in any way, which might be surprising to people who are familiar with her music, or at least the image of it. Maybe this image was solidified by her 2000 masterpiece Bachelor No. 2 Or, The Last Remains Of The Dodo, which harrowingly detailed the hypocrisies of both love and the music industry. It could have happened when Paul Thomas Anderson used her songs to drive the plot of one of the most depressing movies in modern cinema history (Magnolia.) Heck, perhaps it was the first time we heard her, shouting about her boyfriend who told her to shut up and warned her that “Voices Carry.”

Mann can’t put her finger on this perception of her, if it even really exists. “I assume it’s the cliché about me but I don’t really even know,” she told American Songwriter in a lengthy interview. “Certainly I’m right in the middle of a fairly typical singer-songwriter style. Mostly acoustic guitar and really introspective songs. Nobody’s going to put me in a harder, more up-tempo genre. But I don’t really even know if it’s really that extreme or not in their mind.”

If there is indeed some sort of public image of Mann as the queen of the brokenhearted ballad, she has certainly steered into that curve on her latest album. Mental Illness is a collection of soft, intimate reflections backed by little more than acoustic guitar or piano and the sympathetic string arrangements of producer Paul Bryan. As Mann said in the press release to announce the album, “I thought I’d just give myself permission to write the saddest, slowest, most acoustic, if-they’re-all-waltzes-so-be-it record I could.”

Lest anyone think that Mann is a method songwriter and has to descend into dark personal territory to excavate this somber material, she promises that this particular vein of sad songwriting is something she can tap into without having it stay with her. It can actually be kind of fun for her.

“That well is always there,” she says. “That’s what I find the most interesting. I think also because I know what the stories are about. Certain lines might seem over the top but, to me, they might be so sad and so depressing that it’s kind of funny. There’s always a levity, to me, when I’m writing it. I think that sadder, slower songs are more fun to write. It’s fun to kind of roll around in that.”

Bob Dylan once told an interviewer that he couldn’t understand people choosing to listen to Blood On The Tracks because he didn’t see why they would want to subject themselves to that kind of pain. Mann’s view on it is just the opposite: “I don’t understand how people can just listen to purely happy music. And writing music that is just straight ahead and happy with no conflict, it’s like going to the gym or something. It feels like a chore.”

Mental Illness is Mann’s first solo album since 2012’s Charmer; in the interim she formed a duo with Ted Leo for their self-titled album The Both. On previous releases, Mann always seemed to include one or two songs that tear up the listener in the best possible way, achingly lovely gut punches like “Just Like Anyone” or “It’s Not” or “Wise Up.”

This is an album full of songs like those. Whether snugly settled into aching waltzes like “Stuck In The Past” and “Philly Sinks” (“There’s this thing about the 3/4, isn’t there, this sadness,” Mann says) or wrenching piano ballads like “Good For Me” and “Poor Judge,” she utilizes her tender melodies to maximum effect while Bryan’s strings soften the blows detailed by the pointed lyrics. “Always snatching defeat, it’s the devil I know,” Mann sings in leadoff track “Goose Snow Cone,” and that’s a fallback position for many of her characters.

Mann originally worried that Bryan’s orchestrations might provide a bit of overkill on songs that were already inclined to sorrow. “But when I listened to the arrangements, I felt like each one had its own style,” she said. “Some of it was more string quartet, some bigger string sections, in the last song (‘Poor Judge’), there’s that Paul Buckmaster quality. So I thought that was nice, because it was really varied. It didn’t have the same approach for every song. It was really tailored to the songs’ needs.”

She also knew that the strings needed to be subtle since her singing style lends itself to melancholia by nature. “I also think that I have one of those voices that, as soon as you put the voice on the track, it’s going to sound softer,” she says. “Some people have a rock voice, some people don’t. There are certainly songs of mine, that if sung by other people, you would think that they were harder songs. The vocal approach dictates a lot of the overall impression.”

The title of the album is both a feint and on the money all at once. On the one hand, calling the album Mental Illness is a kind of joking acknowledgement of her gloomy reputation. But many of the characters in the songs suffer from delusion that clouds their judgement and leads them down dead-end roads. It’s a psychological condition that maybe doesn’t get as much publicity as others, but, according to Mann, can be just as damaging to well-being.

“I know a lot of people struggle with depression and anxiety,” Mann says. “Delusion is not always considered mental illness but for me it really gets near that category where denial can just become complete delusion. A little bit of denial, okay. ‘I didn’t really say that’ or ‘I don’t drink that much’ or whatever. But after a while, past a certain point, it becomes delusion. You literally can’t see reality. And that’s very dangerous.”

Mann’s gift is her ability to write words that convey these profound concepts succinctly. Part of it emanates from her fervent concentration on finding rhymes that are both precise and off the beaten path all at once. For example, the competitive wordplay between Mann and Jonathan Coulton, the co-writer on “Good For Me,” led to “dopamine” being paired with “smoke machine.” “I just think that there’s a fun thing that happens in your mind when you hear a rhyme that accurate,” she says. “It helps to click in the idea that the line is espousing. I think it’s just very satisfying to your brain. It’s like seeing a puzzle piece fit.”

She also displays the versatility to attack each song differently, even if the subject matter is similar. On “Rollercoasters,” she weaves a tricky metaphor throughout the entire song with effortless dexterity. But Mann can also be bracingly direct, like in the way she dispenses with any pretense in “You Never Loved Me.”

But perhaps more impressive than any of these estimable traits, Mann has always possessed a knack for the killer line that all songwriters seek but rarely find. Such lines are all over the new album, like when the romantically defeated narrator of “Poor Judge” admits that she played a significant part in her own demise by saying, “The hammer’s nothing without the nail.”

“That’s the whole reason I like being a songwriter,” Mann says. “When you have an idea and you’re able to distill it in a line that’s six words long. Where you feel like, ‘Yep, that’s what I was getting at.’ It’s very satisfying to put very complicated ideas into simple language.”

Finding the Good In the Sad

Mann’s go-to sad record of choice might surprise you. “It’s Sinatra and Jobim,” she says, referencing Frank Sinatra & Antonio Carlos Jobim, the 1967 collaboration between the legendary crooner and the Brazilian composer, songwriter and arranger. “So there’s this really soft bossa nova, this Jobim sound, that sounds so incredibly sad,” Mann says, laughing at the magnitude of the bleakness that these two titans conjure on the record. “That’s pretty great if you want some super-mellow sad music.”

When confronted with the notion that disappointment is perhaps the dominant theme of her work, Mann realizes that such an assumption dates back to her seminal album. “With Bachelor No.2, that was probably more of a prevalent feeling that was overlaid by this struggle with record labels, trying to put out records and having to go through this kind of system where there are standards that they’re judging you by that aren’t musical standards. And so you always feel like you are disappointing them and it’s always disappointing to have the people that you’re playing your music to just shrug. That was disappointing.”

That album represented a turning point in Mann’s career. She started her own label, SuperEgo, to release it. The resulting freedom from record company pressures suited her just fine, and she can provide a detailed list of the benefits. “To not have to worry about this dumb, elusive idea of there has to be a single on the record,” she says. “Which nobody ever agreed what that meant. It could mean what singles are on the chart right now, make it sound like that. That was just always so ridiculous to me.”

But any lasting frustration from those years seems to have long since dissipated, which is why it’s hard for Mann to wrap her head around the idea that people might view her as unhappy or disappointed when it comes to her actual life. “I don’t feel much disappointment at all, even if there are things I want to be better or want to change or make different,” Mann says. “I feel like I’m a professional musician who makes a living playing music. What leads to disappointment is entitlement, and I don’t think I’ve ever felt entitled to any of this. I was surprised to find out that I had any musical talent and it made me work really hard. I didn’t want to take it for granted. I think that really helps to stave off feeling disappointed. You don’t want to take it for granted and you have a lot of gratitude for it.”

Mental Illness is an Aimee Mann album specifically made for those people who love Mann’s bittersweet songwriting stance exactly the way it is. And even if the subject matter is uniformly unhappy and the characters within the songs remain stubbornly unfulfilled or unenlightened even as the final bars of the songs containing them fade out, Mann’s songwriting acumen and charismatic interpretations keep things surprising and fresh.

The album is yet another triumph in a career filled with them, a career that Mann steadfastly endeavors to sustain and nourish, even if her songs make it sound like it comes easy. She claims the niche she’s carved out in the music world is the result of a simple maxim that she follows unwaveringly: “I try hard. I try to write good songs. It matters to me.”

No one who hears this record or any of Aimee Mann’s previous records should be sad or disappointed about that. 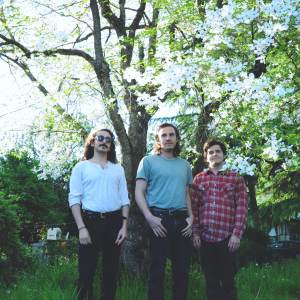 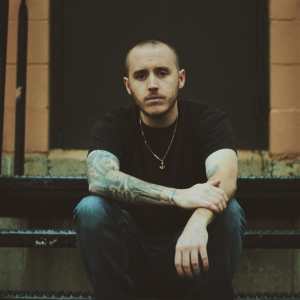