When, at eight-years-old, Alexander Glantz (aka Alexander 23) saw his father play guitar, he knew in his bones that he had to learn it, too. Watching his dad play and hearing the music emanate from the strings called to Glantz (“I had no choice,” he chuckles). Glantz signed up for lessons soon after but he hated those, so he began to play on his own. Glantz, then quickly realized an important personal truth. Music helped him with his strong emotions. More precisely, music helped him balance his nuanced, deep feelings while simultaneously creating a delivery system for them to other people. This dynamic is the core of Glantz’ creative superpower and the spark that’s resonated with his myriad fans around the world today.

“I’m from Deerfield, Illinois,” Glantz says. “Outside of Chicago. I never thought it was possible to be a musician, a songwriter. It was just something I loved to do. Six months after taking lessons, I realized music was a way of regulating my own emotions. It’s something that I adopted very early as a way to deal with the bad stuff and to harness the good stuff.”

Glantz, who released his latest single, “Caught in the Middle,” this month, became something of a phenomenon recently for his expertly crafted pop song, “IDK You Yet.” The track, which he released this May, has already amassed over two million YouTube views and many more millions of streams on digital platforms like TikTok. But the success is not some stroke of luck. No, it’s some flash-in-the-pan moment. Instead, the recognition from fans is a product of painstaking work and refinement borne from countless hours of dedication.

“I spend an insane amount of time on lyrics,” Glantz says. “When I started playing guitar and playing in bands, I realized pretty early on that my goal wasn’t to be Eddie Van Halen and I can’t sing like Whitney Houston. I just wanted to write songs.”

Part of what makes Glantz so adept at writing songs and lyrics is his penchant for detailed observation. Words are powerful but only so much as they express unique ideas or perspectives. And to do so, one must see the world closely and in a completely fresh way. It’s not something an artist can fake. It had to be genuine. And Glantz has the skill in spades.

“It’s what I think about 24-hours a day,” Glantz says. “My brain never turns off. Even as a kid, I remember being someone who could see things from many different perspectives.”

But art is also even more than keen observational abilities. And in Glantz’ case, that extra special component is the number of compelling feelings he harbors that are also at his disposal. Their clarity and composition at times is staggering when expressed through song. But again, Glantz’ effectiveness is dependent upon hard work and craftsmanship.

The artist’s latest single expresses a unique position: that moment in between romantic relationships when one is remembering what was just left behind. The narrator of the track has just broken up with someone he’s been with for some time. The two know everything about one another yet now they are forced to act as if they’re essentially strangers. The music for the song came from a riff Glantz discovered one night during a sound check and the substance for the lyrics came from a real-life break-up.

“Music is something to turn to and confide in,” Glantz says.

Despite his very real success to date, Glantz says all the popularity doesn’t make the songwriting come quicker for him, necessarily. Composition is difficult and while Glantz enjoys hearing from fans from all over the globe, he knows his mission is to stick to his process – even when self-doubt creeps in or crashes down the door.

“It’s been harder to write after ‘IDK You Yet,’” Glantz says. “That’s the other side of being a perceptive person. It allows you to go down the wrong wormhole. But I know I have to find the next great thing that I can do.”

Self-doubt, however, is not the only byproduct of success. In a strange way, its precise counterpart is also apparent for Glantz – albeit, though, not all the time. For Glantz, to experience success and recognition for songs like “IDK You Yet” has also meant the realization that, no matter what, he’s found his path and he will continue to stick to it. There will likely be many ups and downs but there remains the clarity in the choice to continue.

“The biggest thing I learned was that I am definitely right about my own art,” Glantz says. “The song being popular is the coolest thing ever. When I wrote ‘IDK You Yet,’ it felt like I’d made a thing that hadn’t previously existed. For a songwriter, that’s the best feeling in the world.” 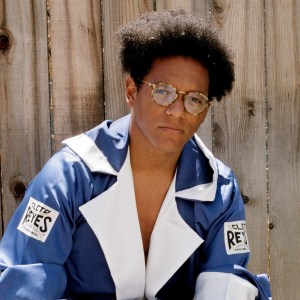 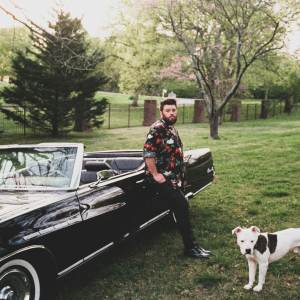