There’s a sly pun in the title of Alicia Keys’ 2001 debut. “A minor” doesn’t simply describe the key of the music; it also refers to the artist herself, who was underage when she wrote most of these songs. By the time songs in A minor was released in June, she was 19, but that doesn’t make her confidence and poise any less startling or any less compelling. In the liners to this tenth anniversary reissue, Keys describes singing on New York subways with her friends and studying classical piano at the Professional Performing Arts School, and her debut bridges the worlds of the streets and classrooms, savoring the friction between their different styles, concerns, and expectations.

Just listen to “Piano & I,” the short opening track. Barely a song at all, it begins with Keys sing-speaking slyly, mic’ed as if she’s whispering directly into your ear, before her piano comes in, hinting at a familiar theme. Is that Beethoven? Vivaldi? There’s a sampled choir, which registers today as especially corny, but at :49 the beat bumps in with an unbelievably punchy snare sound, completely redefining the song and forcing listeners to readjust their expectations for what urban soul could sound like in 2001. In 2011 it’s still an immensely effective introduction.

Keys was a student of classical music and classic soul, and songs in A minor dissertates on Curtis Mayfield, Gamble & Huff, Motown, and Aretha Franklin. Unlike the pop singers of the late 1990s, who compensated for lack of vocal power with showy runs, Keys avoids melismatic fireworks in favor of a stronger, steadier style, sustaining and crescendoing notes carefully and intuitively. That direct approach gives debut single “Fallin’” its considerable emotional impact and allows Keys to claim Prince’s “How Come You Don’t Call Me” as her own. “A Woman’s Worth” slinks and crawls seductively, redeploying the slow jam as a feminist assertion: “A real woman knows a real man ain’t afraid to please her,” she sings. “And a real man can’t deny a woman’s worth.”

A gifted vocalist and a pianist who treated hip-hop beats as metronomes, Keys proves an equally strong producer, using her knowledge of soul history to make each song sound distinct and self-contained. “Rock Wit U” rocks like a sequel to Shaft, not simply mimicking Isaac Hayes’ signature orchestrations but engaging them critically. “Jane Doe,” a collaboration with Kandi Burruss (who wrote hits for Pink and TLC), repurposes old-school beat-boxing much like DC go-go used Latin percussion—to bolster the rhythm section without overwhelming the lush vocals on the chorus. But it also works as an excited nod to Doug E. Fresh and Michael Jackson.

That resourceful musicality extends to the bonus tracks on this tenth anniversary edition of songs in A minor (the collector’s edition includes a DVD with a documentary and videos). There’s nothing earth shattering in these remixes and rarities, but each track contains some exciting new idea, from the percolating Prince beat that underscores “Juiciest” to the deconstruction of “Fallin’” as a soundtrack to Ali. The highlight is a set of three songs from Seattle, recorded mostly with just Keys accompanying herself on piano. “I Got a Little Something” is a freestyle blues, “Piano Mashup” an extemporized medley that connects the dots between “Moonlight Sonata” and “Ain’t Misbehavin’,” and “Light My Fire” takes the Doors original for a wild spin, starting slow and sultry before exploding into a fiery funk-rock jam.

It’s an unlikely cover, but with her understanding of the source material and the Doors’ contemporaries, Keys makes it make sense. While they are indeed steeped in the past, these songs sound—strangely, miraculously—anchored in the present, then as now. songs in A minor becomes a self-portrait of the artist as a young woman, situated in an urban landscape that continues to innovate, to build on its own past. These songs were in Keys, but these sounds were floating around her everyday, playing throughout her Harlem neighborhood, blasting at her subway stop, spinning in her apartment, just waiting to be transformed into something new and personal. 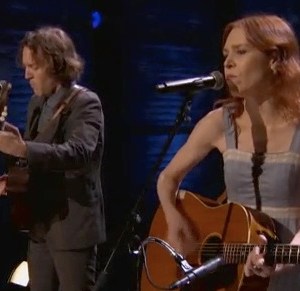