Allison Ponthier is happy to be back home in New York City. Going back and forth to California to record her debut EP Faking My Own Death (Interscope Records), returning to her Bushwick abode is a comfort and a long way from the 25-year-old artist’s Texas upbringing. Growing up in the Bible belt, moving to the East Coast in 2017, coming out, and writing it all out, Faking My Own Death processes all the moving pieces of Ponthier’s story, so far.

“All of these songs have their own separate stories,” shares Ponthier, who first wrote the opening track “Cowboy” four years earlier after relocating to New York, meeting her girlfriend, and being truthful to the deeper elements about herself.

“When I moved to New York, it was kind of a culture shock for lack of a better word, and I also realized that I needed to come out, and that was another thing that was really hard for me,” shares Ponthier. “‘Cowboy is actually a song I wrote by myself while I was processing all of this, and I never thought it would come out.”

Still distilling everything that needed release, Ponthier wrote “Hell is a Crowded Room” along with Rick Nowels (Adele, Stevie Nicks, Dua Lipa). Based on a phrase Ponthier had stuck in her head for years, its starker echoes maneuver around physical manifestations of anxiety and how the body reacts to nervousness and pushing through difficulties.

“It was the first song we ever wrote together, and I just remember being absolutely terrified to write with him, because I love so many of his other songs, but I had the title ‘Hell is a Crowded Room’ for years, and I knew that I wanted to use it,” says Ponthier. “I just never had kind of been in the right session with the right person to be able to write it.”

Written with Nowels sitting at a keyboard facing Ponthier, and she facing him with a microphone in hand, both experimented with melodies and piano parts until everything magnetized around the moodier track, which she says exposes all the fears she faced get meeting new people and trying new things. “We just keep doing that over and over again, until we landed on something that felt really great,” says Ponthier. “It’s kind of an old-school way of writing, and I love it because it strips everything away. We’re not working with loops. We’re working like in real-time with one another.”

Faking My Own Death reflects Ponthier’s relationship with herself from the country pangs of “Paid For,” and how the artist envisioned herself as a musician, filtering out the more shallow, superficial elements in the music industry to the exposing “Harshest Critic,” which finds a very introverted artist struggling to find comfort in releasing her songs to the world through more closing revelations of thunderous “Tornado Country.” “You can’t always run from your problems,” says Ponthier about the final track. “You just have to face them head-on.

“I think everyone’s most complicated relationship is the one that they have with themselves,” Ponthier adds. “I noticed when I was growing up, every few years, I would just want to be someone totally different. I would want to do something completely new and I had kind of going through all these phases.”

In her adulthood, Ponthier found she wanted to start completely over, which included moving to New York from her small town of Allen, Texas. Written three years after she moved, “Faking My Own Death” covers Ponthier’s cycle of renewal, starting all over again. “I was doing the thing that I normally do and restarting the cycle again, and it was the first time I realized that I actually didn’t want to change anything,” reveals Ponthier, who says she grew up very insecure, nervous and didn’t know how to make friends.

“I was really happy where I was,” she says. “I feel like I knew myself a lot more, and making the EP let me explore the things that I avoided talking about. It’s made me a lot more confident, and I think I accept myself more after making it.”

Gravitating toward more country and folk, Ponthier has more stories to tell. “Every musician and every songwriter always says ‘music is therapy,’ but I have genuinely thought that for a long time,” says Ponthier. “I didn’t know how to be vulnerable through my songwriting and would be vague, intentionally, because I didn’t want to alienate people, and I wanted to seem cool. Then, I realized I was painting myself into a corner, because that’s not how I truly feel. You’re going to run out of song ideas if you don’t base them off of your real life.”

Now, Ponthier makes music for herself. Anything else that unravels is pure gold.

“When I make songs, I really try not to think about other people,” she says. “I know that sounds counterintuitive, but I really make the song that I’m most proud of in the moment. I obviously have hopes and dreams that people will sing along with their own versions of the songs. I hope that it’s like a mission statement that the most important thing that you can make if you’re an artist, is the thing that feels most natural to you.”

She adds, “A lot of the EP is about me feeling uncool or nervous and struggling with things internally, and I hope it just kind of normalizes not having to be 100 percent fine all of the time. I spent a good portion of my life faking being awesome or competent like I can handle anything. I just want to share my actual real thoughts, because I don’t think I could keep it up if I had to put on that front forever.” 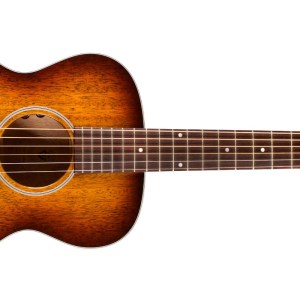 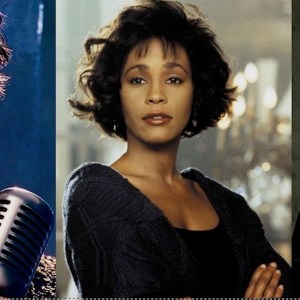