Guild guitars were first founded in New York City back in 1952, but at that time, the guitar company was focused on Jazz guitars. Through the decades, many big-name artists have played Guild instruments, including Sheryl Crow, Tom Petty, Eric Clapton, Paul Simon, Doyle Dykes, Mississippi John Hurt and John Denver. Guild is now a subsidiary of Córdoba Music Group and I feel like the guitars are finally receiving the attention this iconic brand deserves. Guild has been very selective in the guitars that they are releasing. They aren’t just copying the vintage models. The company is updating them and making the guitars more usable and acceptable to this new generation of players.

Such is the case with the Guild M-25E that American Songwriter recently received for review.  The first M-25 guitar was launched back in 1967, and it has proven to be a lasting design.  The release of this size and proportion instrument couldn’t be timed any better, as the public is currently thirsting for guitars in this vein. The Concert size body is small and easy to navigate, but it also projects louder and fuller than many guitars with similar dimensions. The California Burst finish is dazzling on an all African Mahogany top, sides and back. It features white binding around the top and back and has rosewood fretboard and bridge. I like the classic plastic button tuners, and they are open back, giving it a vintage vibe. The nut and saddle are both bone, not plastic, which adds to the sustain, in my opinion. The 20-fret neck is easy to get around, and it was comfortable playing chords and soloing up the entire neck. Electronics wise, the discreet LR Baggs Element system is dependable and blends ergonomically into the guitar with tone and volume controls right inside of the sound hole. Baggs Element VTC system provides natural guitar reproduction without the compression, pops and squawks of some other acoustic pickups.  For songwriting sessions and performances, you can set the Baggs and forget it unless you need more volume.

After spending a lot of time playing Guild’s M-25E, I believe this is going to be a very popular model for the company. My favorite features are the compact size, mid-frequency response (great for backing vocals), built-in LR Baggs Electronics, satin finish back and sides and the Guild Deluxe tuners. While soloing with it, I also appreciated the flat neck heel joint that gave me a little more access when working up the fretboard. This guitar is a fooler. By that I mean when I opened the case and first saw it, I expected a reserved sound with little response and little or no complexity or separation of strings. As soon as I strummed it a few times and then dug into it with a pick and finger style, I discovered pretty quickly I was judging this guitar by its size and not its sound. Guild was known for overbuilding their guitars back in the day, so they were heavier, had more wood in the bodies and projected more than most competitors. Thus, they became a favorite of the Folk music movement. This new M-25E certainly gives a nod to its past history, but advancements like the electronics, tuners, fit and finish make this a guitar for today’s players.

String spacing on this Guild makes it possible to switch between flat pick and finger picking seamlessly as I played it. The mahogany neck adds a classy touch too. I would propose that what helps the new M-25E achieve such loud projection from such a small Concert size body is the use of Adirondack Spruce Scalloped X bracing. It is the kind of craftsmanship that you can’t see but that you can hear when you play it. Other guitars in this size fail from not giving enough attention to details like the bracing and synergy of the neck, body and bridge functioning as one moving unit.

As a player, I like the inlaid mother of pearl Guild logo at the top of the headstock and vintage rosette around the soundhole with nitro lacquer finish. It reflects quality in the details. The only additions I would seek on the new Guild M-25E would be the installation of the strap button at the heel and a quality gig bag instead of a hard-shell case. I like a hard-shell case for storage, and this Guild case is well padded and plush, but nobody carries one to gigs and songwriting sessions anymore. But those are minute issues compared to how great this guitar is. At $1999 for an American made guitar in Guild’s new Oxnard, California facility, this instrument is a great value and can last a lifetime and more if maintained. If Dreadnought and jumbo body guitars overwhelm you, then I believe you should really consider the new Guild M-25E Acoustic/Electric 6 string for your next instrument. 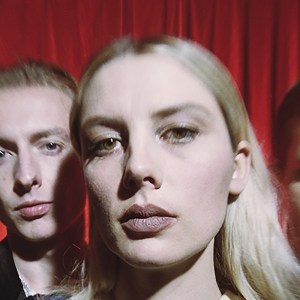 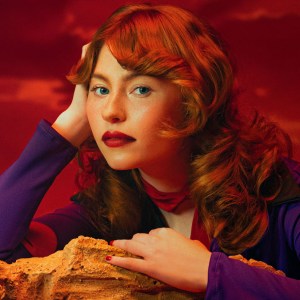