It’s not that Alyssa Trahan wants to take over country music. Just know that if it ever comes to that, Trahan is a woman who can literally run the show.

Singer. Songwriter. Multi-instrumentalist. Music producer. Audio engineer. Video production. It’s not that it’s hard to believe that’s all wrapped up in one person. After all, this is Nashville, Music City, USA, where people of astronomical talents come to be. What’s amazing is that’s all wrapped up inside one woman who’s only in her mid-twenties.

With a voice reminiscent of fellow northeasterner Jo Dee Messina and a look that hints of Kristen Bell, initially Trahan feels oddly familiar. It doesn’t take long however for the song to take over and you realize this woman has a style all her own. Her latest single “My Favorite Song” lands firmly in the modern, pop country vein and is everything country radio is about these days: pulsating, light, breezy and fun. Quite an accomplishment when you’re talking about a sad song.

“I love that even though this is a sad song, the production keeps it upbeat and driving. It has big drums, stacks of guitars, layered harmonies and pop elements. I actually produced this one 100% on my own, so I hope fans latch on to all the little details in the production!”

As for the story inside the song itself, Trahan nailed that on the head just as much as she did the production.

“I’ve always thought it was crazy how a song can attach itself to a memory and change the meaning of it for you. A good memory makes a song sound sweeter, but a bad memory can permanently taint a song in your head. That has happened to me a few times in the past, and after the most recent time, when I had a fight with someone, I got the idea of the hook “you ruined my favorite song.”

In addition to the official video which she shot, edited and produced herself; Trahan also single handedly put together a lyric video as well as an acoustic performance video of the song. Truth be told the acoustic version is really the home run version that drives the story home. After all, that’s the true litmus test of any song anyhow. If you can strip back all the bells and whistles and it’s still a good song with just a piano or acoustic guitar, then you’ve got yourself a song. One pass through the regular track or its acoustic run and there’s no question “My Favorite Song” is one helluva product.

As much as Trahan might love to focus only on the music, that’s just not how it works and not only for artists without major record label deals. Marketing, promotion, imaging, branding, it’s all just as (if not more) important as the songwriting and music itself.

In today’s music world, great music isn’t enough. You need the full package and with society’s ever shortening / dismissive attention spans, you’re lucky to get one shot. The last thing you want is for somebody else to have concocted a plan that winds up killing your career. Wise beyond her years, it’s no surprise Trahan understands that she needs to have both hands on the wheel.

“Artists have to wear a lot of hats and sometimes I wish I could focus solely on the music instead of the release strategies, marketing, promotion, etc. It’s a lot and it is stressful, but it’s a labor of love and worth it in the end!” 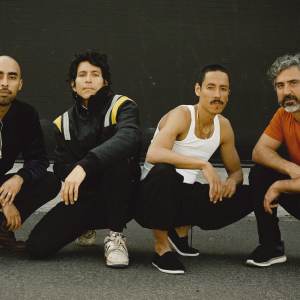 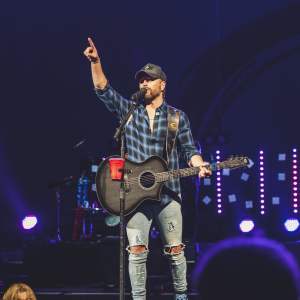