Larry Keel began playing guitar when he was seven years old, then began writing his own original material in his early teens. He has gone on to become a celebrated flatpicking guitarist and singer-songwriter who has appeared on more than 20 albums, and his songs have been recorded and performed by legendary artists such as Del McCoury and The Infamous Stringdusters. His latest full-length album, American Dream, is set for release on November 6.

Keel still remembers the helpful advice he got early in his career from Ted Kreh, a more seasoned bluegrass player: “I was playing a lot of cover tunes, and he said, ‘You know, you’re going to have to write your own music in order to be heard of.’ I said, ‘How do I do that?’ And he says, ‘You just write about what you know. That can be any topic there is.’”

The trouble was, Keel still couldn’t decide where to begin as a lyricist. Fortunately, another songwriter friend, Paul Crast, also helped out with words of wisdom. “I was like, ‘Paul, I’m having trouble coming up with a song.’ He said, ‘Well, that’s your first line of your song right there!’” Keel chuckles at the memory.

Now that he’s the experienced songwriter himself, Keel has his own advice to give, and he suggests that musicians try switching things up by playing different instruments. “I spent the most time with the acoustic guitar – I’ve made a career out of that. Along the way, I’ve tinkered around on different instruments. I always like playing the mandolin a little bit. A lot of times around my house I’ll sit around and play banjo as I write these days. It’s good to approach music differently with each instrument.”

Keel also suggests that writers keep an open mind about what to do with a song even after it’s finished. “Just because you write it a certain way, it doesn’t mean that the final song has to be played that way,” he says. For instance, he says that you can take a bluegrass song and then “You can turn it into anything. You can turn it into a reggae song or a rock song.”

Most of all, Keel says, it’s important to just keep persisting: “For up-and-coming songwriters, just reach down deep and see how you’re feeling and put it on paper and on an instrument.”

American Dream by Larry Keel can be pre-ordered here. 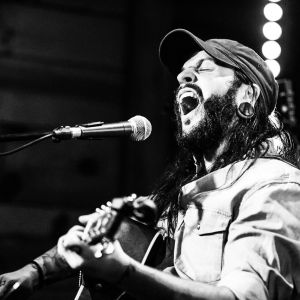 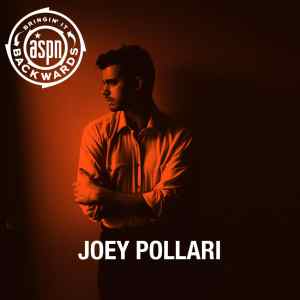