We had the pleasure of interviewing Joey Pollari over Zoom video!

Meaning of The Song:

I wrote this song about a man I tried to get close to and be intimate with; but every time that window would open, it would last a day and then he would shut down again. I would get hurt and ask him, “Why are you so far away all of sudden?” He would turn around and tell me I was punishing him. I felt like he was punishing me. We both thought the same thing about the other person. By the end of our relationship, my attempts at closeness backfired and we switched positions; I wouldn’t let him any closer. This song starts right as the honeymoon stops and suspicions rise. The song ends where pain sometimes ends: to fight what hurts us, we become what hurt us.

This idea was in my head, spurred by watching the video for Mariah Carey’s “Always Be My Baby.” The beginning has that motif of her on a tire swing, singing while clutching the rope; but the innocence of the tire swing is challenged by the close-ups with the rope. The music video came to me then. I saw myself in a wedding dress, swinging like Mariah, dreaming of my man. I saw my friend Erik Adrian Santiago, shirtless and tattooed as the man, as the Punisher. I didn’t know his relation to me yet. I just saw myself scrubbing floors in a night gown, sowing jeans with a spool of thread, and waiting for him at the window like a maiden. I only knew I would turn into the Punisher at the end, because that’s where the song goes.

But when the day of shooting arrived, everything went out the window the moment I woke up. I saw my two 25 pound dumbbells in my bedroom and I suddenly put them in my car, I didn’t know why. I told Erik he’d be working out the entire video and I pointed at the weights. I told my cinematographer Mark Stablein that I wanted frames like a horror movie, slow zooms and harsh lighting, the camera as voyeur. I showed him references from Fassbinder’s “In a Year of 13 Moons.” It wasn’t until we were up and shooting that I realized where my impulses were heading: a dream-state limbo of masculinity, thwarted desire, and horny rage.

We laughed the entire day of shooting. I would get very coquettish on the bed, then start thrashing like a demon. I would tell Erik to flex his muscles but then start crying. I told Mark to film me in the wedding dress but then pan over to Erik furiously lifting weights. I had no idea why it felt right. I would ask Erik to stand over me and pose with menace and then he’d ask, “Yo, should we order burgers and I eat a burger over your face?” I grabbed my phone and bought a burger immediately. In preparation for the shoot, I had bought 18 feet of rope and I had a tire in my car, my costume designer had bought a yellow night gown, and my production designer had lent her sowing machine; but most of it went out the window because we were on some other bend.

When I started editing it, I realized what story the footage was telling. The images were getting crossfaded. The line between me and the Punisher was blurry. I questioned my role as a director, asking my friend to pose shirtless and then start sobbing. I was putting images together to tell a symbolic story. It became a video about how objects of desire are constructed, controlled, and fantasized; how a desire for someone can be very close to them having complete control over you; and how the darker underbelly of fantasies are always waiting in the wings. 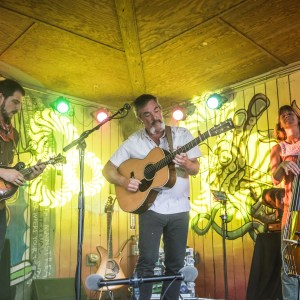 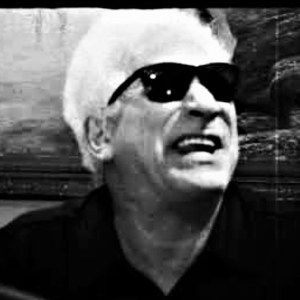