If you’ve ever heard “Honky Tonk Badonkadonk,” you’ve heard a Randy Houser song. The Mississippi native co-wrote everybody’s favorite ode to redneck booty with Jamey Johnson and Dallas Davidson in 2005. But Houser has a far more serious side, and can write a song about anything. On his new album, They Call Me Cadillac, which debuted last week at #8 on the Billboard Country Album charts, he tackles themes of home, country, manhood, and good old fashioned romantic love.

How has the reception been for They Call Me Cadillac?

The reception to They Call Me Cadillac has been really strong. The record, with all the reviews, it’s all been very, very positive. For the most part, people understand I was making the record I wanted to make as a songwriter. And that is one of the main focuses of this album.

What’s the one song you want people to hear on They Call Me Cadillac the most?

I don’t think I have a particular song that I love the most. I have some I love sonically more than others. There’s a song “Addicted” that I really like. I like the space on the recording. That’s one of the main things I wanted to create when I made this record. Make sure people remember that as a songwriter I can sit, play my guitar, and sing. Sometimes a lot of that gets covered up in production, and my producers, Cliff Audretch III and Mark Wright and I wanted to make the record more organic.

What’s a lyric on the album you’re particularly proud of?

The song “Here With Me” I wrote all of, and the first lyric on the track is one of my favorites.

You’ve said it’s your job as an artist to be an open book to your fans. How so?

A lot of times as artists, we get scared to talk about things going on in our lives, verbally, we tend to keep it all inside, for the most part, our music is our outlet for pouring out all those things we can’t really say. So we get to hide behind the lyrics of songs, or melodies. I believe we should take it a step beyond that and bring what it is out of you. It’s almost like my version of therapy. We want to put it on paper instead of [pouring it out to] some guy on a couch.

The new album is perhaps more of a traditional country record. What’s the difference, to you, between traditional and mainstream country?

What song are you contributing to the upcoming Waylon Jennings tribute? Are you a big fan?

I’ve always been a fan of Waylon Jennings because he’s an amazing artist. I was asked to contribute something to the Waylon project, which is a tribute album. The track that I contributed was a song called “I’m a Rambling Man.” I did it my way because I knew Waylon liked the blues so I gave it a Mississippi feel.

You co-wrote “Honky Tonk Badonkadonk.” Do you still see steady royalties from that?

I do, I’m not sure what the number is on the royalties. That song is always a song I’ll make some sort of income out of, because it was a different song that people were and are still shocked by. Love it or hate it, it’ll probably be around for a while, and I think I’ll have an income for a long time off of that.

What do you think of what Jamey Johnson is doing right now?

I love what he’s doing. It’s definitely something we need. People that haven’t been fed the music that we love are being fed by the music that James is doing. There hasn’t been anything like that in so long – it’s been so pop-oriented in our format. It is so refreshing to hear something that reminds you of what you grew up listening to. I think that’s very important, and I am so proud of him.

Tell us about some of the co-writing you did for They Call Me Cadillac.

Some of the songs on They Call Me Cadillac were written four or five years ago. I can’t even remember what was going on when we wrote them. A good chunk of this album was written on the road last year on the bus. Every quite moment I’d get, whether it was in the middle of the night, sitting on the back of the bus, when the rest of the band had gone to bed – I’d sit back there and write. I would try and sort out the thoughts in my head. I wrote “Whistlin’ Dixie” in a co-writing session in Nashville and then I remember sitting in the parking lot of a bar we were playing at in Charlotte, North Carolina and writing the second half of the song. Then we learned it, played it at sound check, and performed it the next night! There are stories like that and then I have those times like when I wrote “Here With Me” – I wrote the first of that one when I was sitting at home and the second half of that on a plane back from Iraq. There are all sorts of stories.

What’s the key to good co-writing?

I don’t know if I’m a good co-writer or not. I know what a good co-writer is when I’m writing with somebody. I just don’t like hanging out by myself – I love to have someone else in the room to bounce ideas out of. Some people bring a comfort level to the room that is a confirmation that you’re on the right track. It’s an atmosphere thing- you need to find guys that you don’t feel like you’re stupid for saying something and then be able to laugh at it! I don’t’ know if it’s about being the best writer – if someone comes in and I like hanging out with them, the song will get written. 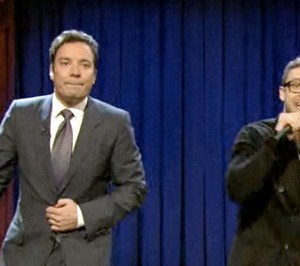 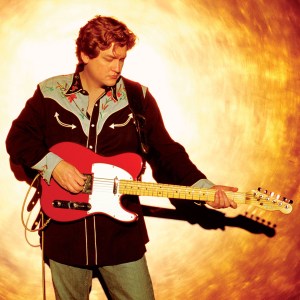