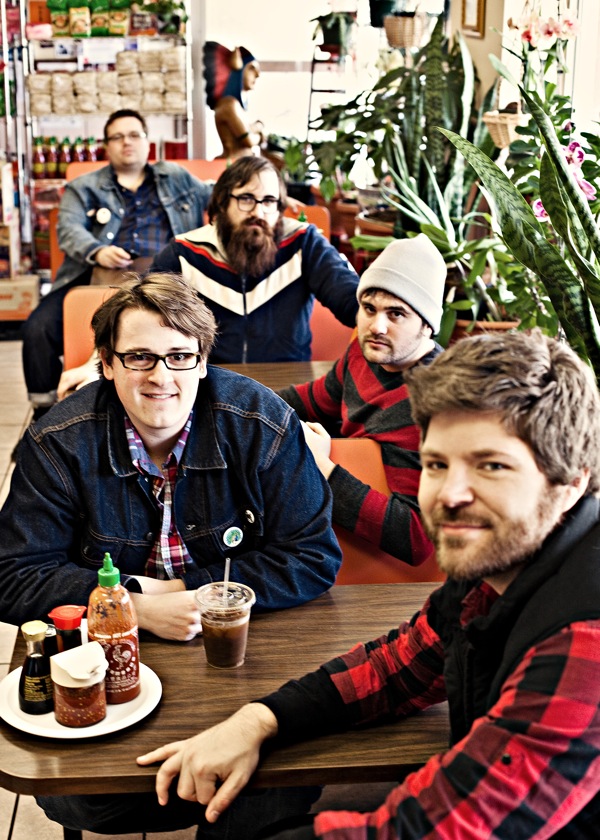 Cadillac Sky should be a lot more tired. It’s early Saturday afternoon at MerleFest and the band–Bryan Simpson, Matt Menefree, Andrew Moritz, Ross Holmes and newest addition David Mayfield–has already logged two performances on the day, including a bleary-eyed 9:45 a.m. set on the main stage, not to mention a show on Friday. (By the way, they killed it at the Saturday morning slot.)

MerleFest is kind of like South By Southwest for bluegrass bands. Everywhere you turn, there’s music being played, and many of the buzzed-about bands play multiple shows each day. For Cadillac Sky, the excitement is nothing new. Or, then again, maybe it is.

Back in 2002, when Cadillac Sky formed in Texas around Simpson’s songwriting and the bluegrass chops of Menefree, Moritz and Holmes, the band featured veteran bluegrass flatpicker Mike Jump on guitar. After a couple of outings on the conservative Skaggs Family label (2007’s Blind Man Walking and 2008’s Gravity’s Our Enemy), it became obvious that something needed to change.

Simpson, somewhat perplexed at having to find a new guitarist, called to see if Tyler Grant, a versatile bluegrass guitarist, wanted the gig. Grant declined but sent a list of serious recommendations. “At the very top of the list in triple bold was David Mayfield,” says Simpson. Grant knew he was the perfect guy for Cadillac Sky and when Simpson and the rest of the band heard Mayfield play, “the auditions were over.”

With a renewed faith in Cadillac Sky–Simpson’s got a side gig writing songs for country artists like Blake Shelton and Billy Currington–the band was reborn. “Once you lose the record deal, you do whatever you want,” Simpson says. “Because what’s the worst that can happen?” With Mayfield onboard, the band seems completely reenergized. Their live show is a festering, rambunctious affair with Mayfield leading the charge and riling up the rest of the band.

In another symbolic gesture of change, the band hired The Black Keys’s Dan Auerbach to record Letters In The Deep. When I recently spoke to Auerbach about his band’s newest album (Brothers), I also asked him about Cadillac Sky. “I think with Cadillac Sky, I sort of was there to give them the confidence to record it [more experimentally] because modern bluegrass is not very organic,” Auerbach said. “It was weird because they had been so trained to think about it, and I was there to just tell them to be at ease, sit in a circle, and record these songs. If you feel the song needs electric guitar, let’s put it on there. If you want to try it with a fuzz pedal, let’s try that, too. Here’s this drum kit; you can play that, also. I introduced those guys to the Mellotron, so I think it was all over then.”

And the record plays like a cross-section of old-time bluegrass and, well, something else. “As far as a writer, I feel like I’m just now starting to write songs that I really want to write,” Simpson says, citing the more contemporary influence of songwriters like Jeff Tweedy. “You have to break through that mold of how have much of yourself you can put on tape,” he says.

“Trapped Under The Ice” and “Hangman”–both performed for our session–are the two Simpson/Mayfield co-writes on Letters. The latter emerged while the two writers were waiting for the rest of the band to show up for rehearsal. “I’d just been listening to ‘Slack Your Rope, Hangman,’ an old English folk song,” recalls Mayfield. He showed up humming the chorus hook and something between the writers clicked. “We wrote the whole song in twenty minutes,” finishes Simpson. The morbid Appalachia feel of the song has also registered with fans. “The first few times we played it out,” Simpson says, “people already knew the words.”

The rest of the album finds Simpson and Mayfield splitting songwriting duties individually, rounded out by instrumental composition contributions by the other three band members. On one of the finer cuts, Mayfield’s “Ballad of Restored Confidence,” the singer wishes he’d listened to his sister (the also-talented Jessica Lea Mayfield) over a lilting old-time melody.

For a band redefining both itself and what modern bluegrass can be, Cadillac Sky finally seems headed in a positive direction. As they unpack their instruments for the American Songwriter MerleFest session, the amusement in the room is palpable. Most bands would shrug off the day’s third gig (and the accompanying press shoot and interview), but for Cadillac Sky, another gig means yet another chance to make beautiful music together.

Cadillac Sky performs “Hangman” (from their 2010 album Letters In The Deep) at MerleFest.

Cadillac Sky were recorded live at MerleFest by Kyle Byrd for American Songwriter. 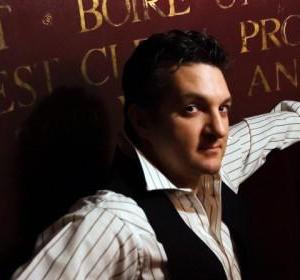 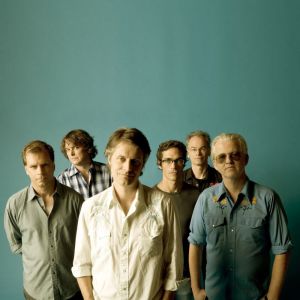