25. Brian Fallon, “If Your Prayers Don’t Get To Heaven”

On the finger-snapping, toe-tapping opener to Sleepwalkers, the Jersey boy feels the pull of Thunder Road, but it’s not quite strong enough to take him from his beloved. “But I ain’t leavin,’ I ain’t leavin,’ ‘less I’m leavin’ here with you,” he sings with a stubborn sincerity. Maybe heaven’s waiting down on the tracks, maybe not. — CAINE O’REAR

Never has a melody that isn’t all that dissimilar from “My Boy Lollipop” been married with such ominous lyrics. Yet misdirection has always been a big part of James’ musical arsenal. Both the crunchy rock version and the mournful acoustic take catchily and insightfully muse about the folly of mankind. — JIM BEVIGLIA 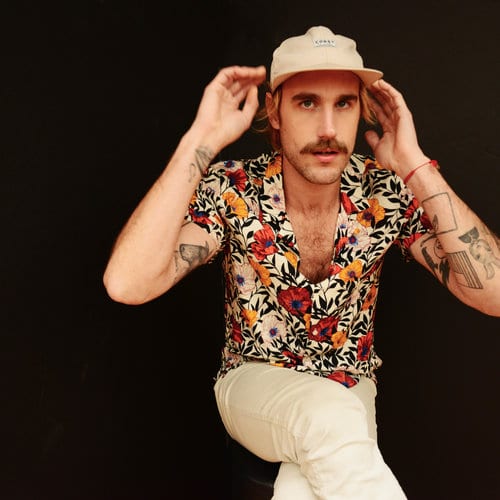 Rayland Baxter’s ironic keyboard-based song about America’s relationship with firearms combines ‘70s-ish production with an almost-satirical look at how the answer to the gun issue, to some, seems to be to get more guns. More Warren Zevon than alt-country, it’s aimed at Second Amendment zealots and the failings of humans in general. — RICK MOORE

Easy to compare to Graceland-era Paul Simon, this upbeat Afropop-ish song chronicles a lounge encounter with verve and joy. With a simple melody and the hook of the year in Don’t I know you, Matthew Houck and company make this infectious number a groovy romp that begs to be set on “repeat.” — RICK MOORE

The icy funk on this leadoff song from Prass’ latest wouldn’t sound out of place on one of Prince’s earliest efforts. Prass can barely hide her disgust about current events (“Seems like every day we’re losing when we choose to read the news”), but achieves danceable catharsis from it nonetheless. — JIM BEVIGLIA

Sweetener was Ariana Grande’s first album after a terrorist attack at her concert in Manchester killed 22 people. While several tracks on the album find Grande grappling with the tragedy, none do so more powerfully than “Get Well Soon.” Over soulful piano and a sparse, funky arrangement, Grande confronts her trauma and anxiety, while finishing the track with a 40-second moment of silence in honor of the attack’s victims. — BRITTNEY MCKENNA

Electric guitars both interlock and jut out at sharp edges in Tweedy’s expert hands on this winning single. “I know what it’s like to not feel love,” he sings, and it’s both an empathetic gesture to someone else who’s hurting and a wrenching admission of the narrator’s own personal pain. — JIM BEVIGLIA

Caroline Rose is as real as it gets in “Getting To Me,” with vivid movie-like imagery about feeling like the only uncoupled person on earth. She beautifully proclaims that, even when surrounded by other people, the isolation of having no one special to share life with can, well, really get to us. — RICK MOORE

Lucero has never been one for polish, but Among The Ghosts is arguably the band’s rawest release in its two-decade career. The album’s closing track, “For The Lonely Ones” is a powder-keg of Memphis soul and Westerbergian punk, delivered with the fire and fury of a true rock and roll evangelist. — CAINE O’REAR

Kelly’s episodic travelogue could easily have been adorned with the usual Americana trappings. But the story is mostly told in a cappella fashion, Kelly accompanied only by eerie, Autotuned backing vocals. The music rushes to the rescue too late; this wayward soul is already lost by then. — JIM BEVIGLIA

The ghost of Donna Summer most certainly inhabits this ode to unbridled passion and desire. One can almost hear Monroe’s sexual fantasy delivered as a disco tune, complete with orgasmic-sounding break, though it’s lovely as a sensual, string-laden ballad — one that doesn’t sound anything like “typical” country. Whatever that is. — LYNNE MARGOLIS

Houndmouth tosses out the roots-rock playbook for Golden Age and opts for a Springsteen-meets-Daft Punk vibe, with lyrics that eschew dusty Americana themes in favor of modern-day issues like the tyranny of the screen. “I’m livin’ in a mansion, on the internet, ‘cause it helps me forget,” Matt Myers sings with startling gusto. — CAINE O’REAR

Ethereal background vocals and production propel the lyrics of Isakov’s “San Luis,” which sounds like something Daniel Lanois might have written if he was from southern Colorado. In this cool song about his affair with the “queen of San Luis,” Isakov’s half-spoken delivery leaves us wanting to know, and hear, more. — RICK MOORE 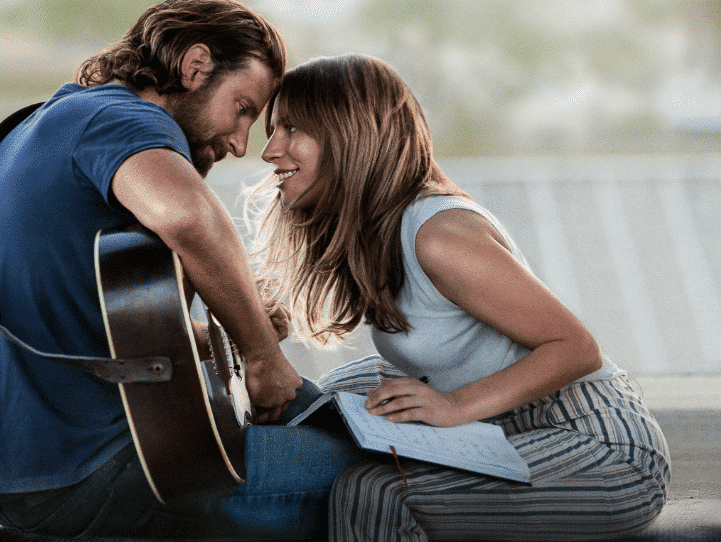 As admirable as Bradley Cooper’s vocals turn out to be on this power-ballad duet, when Lady Gaga’s force-of-nature voice starts soaring, the song changes from pretty and intriguing to downright amazing. It’s a showstopper, all right, and proved the perfect vehicle to carry a film that elevated the wattage of both stars. — LYNNE MARGOLIS

Like a patchwork memory quilt or pieces of dreams, Shires’ lyrics dance us through moments of a couple falling in love. Meanwhile, sonic elements collide, contract and expand like the stars she references: jazzy keyboards, dots of synth, fuzzy guitars, echoey vocals. It shouldn’t work, but somehow, that just adds to the song’s quirky charm. — LYNNE MARGOLIS

In this beautiful, spare arrangement, Rae’s sweet, understated voice floats on airy instrumental textures and tones suggesting an Asian influence — which makes sense for a song in which she addresses painting on feelings as a geisha paints on her face. The contrast between musical lightness and lyrical heaviness heightens the impact of both. — LYNNE MARGOLIS

One of 2018’s most compelling surprises was the formation of boygenius, a trio combining the talents of Julien Baker, Phoebe Bridgers and Lucy Dacus. The three singer-songwriters serendipitous decision to write together yielded a stellar self-titled EP, with its standout track “Me And My Dog” a lush affair brimming with emotion. — BRITTNEY MCKENNA

8. Charles Bradley, “I Feel A Change”

“I hold the key between right and wrong,” Charles Bradley bellows on “I Feel A Change,” and the conviction that he musters in his voice makes you believe that he possesses such mystical capability. Bradley’s death in September only renders the potency of his vocals here more striking and stirring. — JIM BEVIGLIA

Pistol Annies member Angaleena Presley’s thoughts about every family’s secrets and shame, and the three-way co-write that ensued, made for one of 2018’s coolest songs. One kind of life grows from the ground, while another kind of life is returned to that same ground in another memorable track from this talented trio. — RICK MOORE

6. Childish Gambino, “This Is America”

In the wake of the political and social turmoil wrought by the 2016 presidential election, many artists have turned to using their music as commentary. Few have done so more powerfully than Childish Gambino, whose “This Is America” (and gripping accompanying music video) charts the precarity and inequity of Black life in America by see-sawing back and forth between poppy, infectious harmonies and ominous dissonance. — BRITTNEY MCKENNA

A political allegory that unfolds over a “Midnight Rider”-esque riff, “The Snake” rips a new one in the hides of both major parties, taking them to task for their elaborate deceits and the division they purposefully sow. — CAINE O’REAR

Kacey Musgraves’ latest album Golden Hour topped our year-end best albums list, and lead single “Space Cowboy” is a wonderful encapsulation of why. The rich, sparkling production signals a sonic departure from Musgraves’ earlier kitschy country, while the song’s lyrics show her to have grown as a writer, retaining the clever one-liners of her earlier material (“You can have your space, cowboy”) while exploring headier territory. — BRITTNEY MCKENNA

“The Joke” is like a tornado: so powerful, its intensity is just mind-blowing. Finally, Carlile found a way to express the undeniable, full-throttle force of her remarkable talent and passion in a form that captivated mainstream listeners. With its timely sentiment and timeless emotion, “The Joke” is a song for the ages. A true masterpiece. — LYNNE MARGOLIS

In yet another year marked by divisive, vitriolic rhetoric, kindness feels especially radical. As such, Courtney Marie Andrews’ “May Your Kindness Remain” was a profound reprieve when it released at the beginning of 2018, serving to announce her new album of the same name. With its soulful vocals, gently swelling arrangement and message of compassion, “May Your Kindness Remain” is a balm for the ears and the heart. — BRITTNEY MCKENNA

“Summer’s End,” the lead single from Prine’s first album of new material in 13 years, is as poignant as anything he’s written — and that’s saying something. The lines are vintage Prine, almost haiku-like in their rendering of the seemingly mundane, dripping with pathos. The haunting video for the song (which you can watch below) depicts a family ravaged by the opioid crisis, but the tune could be an elegy for a lot of other things lost in America in the year 2018. — CAINE O’REAR 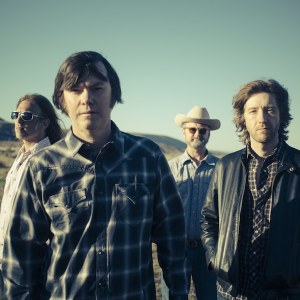 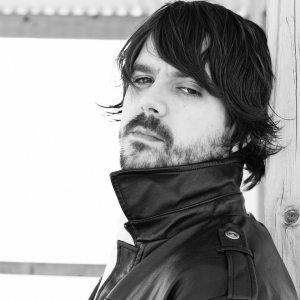