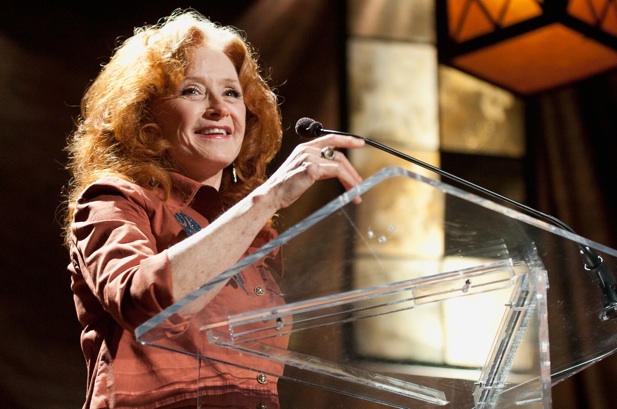 Americana now has the marks of an established music genre. A standalone Grammy category. An entry in Webster’s dictionary. Acts that have grown from baby band-dom to highly-respectable-for-any-genre-this-decade sales. (The Civil Wars’ debut album, for one, recently went gold.) Current listening habits, on the other hand—especially those of younger listeners—seem less and less corralled by genre. So it was a timely thing that this year’s Americana Music Festival and Conference became a site for broadminded music making and the discussion of it.

During a keynote interview with Bonnie Raitt on day one, NPR’s Ann Powers quickly got to the topic of Raitt’s stylistic range, crediting the singer-guitarist with “creat[ing] her own musical world.” (We are, after all, talking about a catalog that has ample room for emotionally nuanced singer-songwriter ballads and hot, funky numbers alike.) Raitt—who received the Americana Lifetime Achievement for Performance later that evening—explained her eclecticism as the result of absorbing the AM radio playlists of her youth and the performances of her Broadway star dad, geeking out over folk records and lucking into intimate access to old blues legends like Fred McDowell.

What was surprising—aside from the fact that Raitt fashioned all those musical impulses into something so cohesive and so distinctly her—was hearing her draw a connection between her ability to inhabit so many musical styles and her habit of recording others’ compositions rather than relying on her own songwriting. As a song interpreter, she pointed out, she’s been able to pour herself into all sorts of songs she wouldn’t have written herself.

When Powers steered the conversation to the subject of touring, Raitt marveled at the age diversity she’s seen at her shows since Adele, Justin Vernon and Idol contestants started covering her hits. (It’s no small thing that a new generation of performers—and even an indie guy like Vernon—is finding itself drawn to high-quality pop balladry like “I Can’t Make You Love Me,” but that’s a topic worth exploring elsewhere.)

Brandi Carlile — the early thirty-something recording artist—played an acoustic showcase at the Cannery Ballroom later that night and declared herself a Bonnie devotee from way back. It’s probably no coincidence that she also announced between songs that she and her longtime collaborators Tim and Phil Hanseroth intended their new album to be a real genre-scrambler.

Without drums or electric guitars as a part of their live set, there wasn’t much in the way of full-on rocking, but Carlile’s formidable voice set the swooping pop-rock hooks ablaze, and her earnest entertainer chops had the crowd singing and clapping along. She went country a time or two, with the loping original “Keep Your Heart Young” and a cover of “Jolene,” and showed her confessional singer-songwriter side, as well as her affinity for Kristofferson’s catalog; she cheekily dedicated a rendition of “Sunday Morning Coming Down” to Chick-fil-A.

Though it didn’t happen on a Sunday, Mercyland was one show that was actually put on in a church—the same place, in fact, where Patty Griffin recorded her gospel album. Phil Madeira dreamed up and produced the Mercyland album, and as bandleader/master of ceremonies on Thursday night, he put together an evening that articulated Americana’s aversion to dogma and entertained a wider range of possibilities for spiritual expression.

The vaulted ceiling of the sanctuary, which resembled an Egyptian temple, made for a bounty of natural reverb during the multi-artist performance. An interesting thing happened. Since the crowd couldn’t make out every lyric being sung, the numbers that really went over were the ones that moved people with danceable, bodily grooves or singing that didn’t hold back, like the McCrary Sister’s “Lights In the Valley,” Kasey Chambers and Shane Nicholson’s “From This Valley” and Shawn Mullins’ gloriously irreverent “Give God the Blues.”

The following day, music writer Don McCleese gave a talk at the Country Music Hall of Fame and Museum during which he unpacked Dwight Yoakam’s brand of musical irreverence and industry rule breaking. (Rather than a bio, McCleese’s book on Yoakam—A Thousand Miles From Nowhere—is a critical reappraisal, an important reframing of his body of work.) At the podium, McCleese noted he was dealing with an era that preceded Americana’s organization into a genre. With notable clarity, he drove home that Yoakam had gone from childhood admiration of The Monkees’ pop cultural artifice to winning fans in the L.A. punk scene and, ultimately, having tremendous commercial success with music that was harder than either the country or the rock of its day.

Speaking of that particular musical combo, an overflowing hotel bar was treated to a full-band, Friday lunchtime set by Queen of Rockabilly Wanda Jackson. She may be a septuagenarian, but she was all grace, grit and old-school warmth and showbiz savvy, doing her old favorite “Fujiyama Mama” alongside songs from last year’s Jack White collaboration (“Shakin’ All Over” had her shimmying in her hot pink fringe jacket) and from her brand new Justin Townes Earle-produced album. Jackson was the embodiment of self-aware generation bridging, joking about how she’d refused to do an Amy Winehouse cover until White agreed to change the sexually explicit lyrics so they’d be more “age appropriate.”

The generational exchange continued later that afternoon, with a guitar pull broadcast live on SiriusXM’s Outlaw Country station. The four young indie-twang singer-songwriters on hand — Caitlin Rose, Robert Ellis, Colin Gilmore and Amanda Shires—had all contributed Nick Lowe covers to the tribute album Lowe Country. They started with those selections—Ellis’ playfully self-deprecating rendition of “All Men Are Liars” being a highlight—then moved on to originals whose cleverness and bite suggested they really got what Lowe was up to those decades ago.

Saturday night brought a performance from another young performer who claims Raitt as an influence: Chastity Brown. She presented herself as a singer-songwriter, making a point to say that her hypnotic, down-home chant “House Been Burnin’” was the only song she’d entrusted to a co-writer. But she also brought fresh neo-soul sensibilities and gospel undertones to the Americana table. Brown’s singing never took a backseat, and, at certain moments, the timbre of it—breathy and full-bodied at once—along with her rhythmically relaxed phrasing and fluttering vibrato recalled Lauryn Hill. And it felt really right that those sorts of R&B threads fit so naturally into Brown’s take on roots. 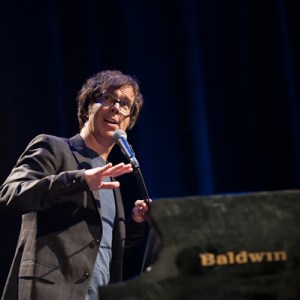 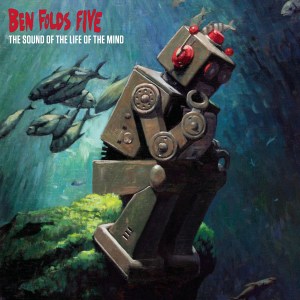