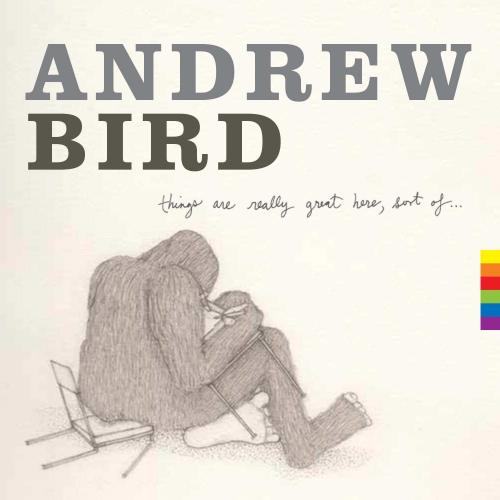 Andrew Bird
Things Are Really Great Here, Sort of…
(Wegawam)
3.5 out of 5 stars

Twenty years after they released their first album, the Handsome Family finally have been around long enough to be rediscovered. It’s long overdue, too, as husband-and-wife duo Brett and Rennie Sparks have been quietly and methodically amassing a body of work that ranks among the most vividly imagined songwriting to emerge over the past two decades. Why there has been relatively little interest in them since 1998’s critically-lauded, Jeff Tweedy-aided Through the Trees isn’t too terribly baffling: they have no natural constituency. Despite melodies and vocals that borrow heavily from the country music canon, their songs feature characters and themes that are far too troubling (and troublingly humorous) to ever fit on country radio. But they’re also too country to really appeal to anyone who isn’t already inclined to accept their mix of Appalachian folk balladry, 50s honky-tonk, and countrypolitan. Like the tragicomic characters in their songs, the Handsome Family simply have been eerily unlucky.

That bad luck changed – at least momentarily – when breakthrough HBO series True Detective used their “Far From Any Road” as its theme song. Suddenly, every week millions of ears were exposed to their Rennie Sparks’ unique gift for stirring up ghosts with a few arresting images and simple turns of phrase.

And now, perhaps sensing that the moment is right for his endorsement to reach the most ears, longtime friend and admirer Andrew Bird tackles 10 of the duo’s most memorable tracks for Things Are Really Great Here, Sort of…, a lovingly assembled, carefully performed tribute that strips the chosen songs down to their essentials and rebuilds them as austere, nearly live-in-the-studio ballads.

Despite playing violin on the Handsome Family’s In the Air (2000) and covering their songs in his concerts for years, Bird still makes for a somewhat odd fit for these slice-of-life vignettes. Opener “Cathedral in the Dell” – a slightly reworked version of “Cathedrals” – strips the original’s honky-tonk trot down to an acoustic guitar ballad, adding a reflective edge to the song’s meditation on how we’re all “swept away like breadcrumbs” despite our monuments to ourselves. To hear Bird deliver lines about fudge shops and go karts can be a bit disorienting given that he’d never use such references in his own songs, but there’s no doubting his commitment to the material. Where the original arrangements could sometimes feel a bit too labored over, Bird’s renditions sound like a labor of love, as if they were recorded over the course of a few afternoons with small flaws and cracks left in as reminders of the fun he was having.

That’s not to say that Bird has made a fun sounding record, though. His rendition of “Drunk By Noon” – a darkly defiant rumination on the meaninglessness of life – pushes the song to an even bleaker place than the already hopeless original. Though his voice blends beautifully with that of Tift Merritt – his harmonizing partner on many of the tracks – his sober reading adds a bit too much weight to lines about burning yourself with cigarettes and wanting to get cancer so you have an excuse to watch TV all day. That matter-of-fact mixture of devastatingly affecting images with gallows humor is perhaps the definitive feature of Handsome Family songs, and it’s possible that the resulting confusion this creates is the reason that two decades into their career people still aren’t sure what to make of them. In Birds’ hands, however, these songs strike a consistent and urgent tone, more elegant and substantive on the surface but less emotionally nuanced than the slightly off-center originals.

Surprisingly enough, these songs prove to require a fairly light touch, and the impression that Bird is wearing a set of clothes that fit him just a bit uncomfortably turns up throughout the album. Where Brett Sparks’ warmly unpretentious baritone adds a touch of everyman humility that perfectly captures the winking pathos of Rennie Sparks’ lyrics, Bird’s more conventionally attractive tenor tends to color the songs in such a way that the deadly serious mood never really changes throughout the record. In the process, Bird transforms the songs, but it’s questionable whether he improves on them in any real sense.

On certain tracks, however, Bird’s touch is just right. Take his austere makeover of “My Sister’s Tiny Hands,” a vivid tale of a brother losing his twin sister to a snakebite, then burning down the forest to exact revenge on the creatures that took her life. Here, without the croaking frog sound effects that marred the original, Bird’s dramatic reading discovers the Appalachian murder ballad that was always lying just beneath the surface. Similarly, Bird’s otherworldly makeover of “The Giant of Illinois” – the story of the death of real-life giant Robert Wadlow – strips the song down to Rennie Sparks’ chill-inducing imagery, making her references to blood-filled shoes and violent children resonate with an even deeper sense of tragedy. In these moments, Bird’s reinterpretations become transcendent simply because they put a different emphasis on those always arresting words, recasting them in such a way that you can be shocked by their power as if hearing them for the first time.

Musically, Bird and Merritt do their best Gram and Emmylou impression, and it’s a revelation to hear Bird throw himself so fully into exploring the country music rudiments that have always hung around the corners of his own songwriting. In so doing, Bird turns “Tin Foil” (here retitled “Tin Foiled”) into an upbeat stringband shuffle, twisting the original’s hymn-like melody into a more insurgent hook, and reinterprets “The Sad Milkman” as an insistent cowboy ballad. Best of all is his makeover of “Far From Any Road,” a tastefully bleak reimagining with Bird’s plucked and sobbing violin adding another layer of desperation to the original. It’s both the album’s greatest strength and most glaring weakness that Bird manages to push these song to an even more melancholy place than the Handsome Family had imagined.

Like Lambchop, Vic Chesnutt, and Tom Waits before them, Rennie Sparks’ ability to find the transcendent within the mundane will always place the Handsome Family most comfortably on an island in their own little world. That Bird is able to visit this world and set up camp, even temporarily, is a testament to his skills as an interpreter and musician. Ultimately, though Bird’s struggle is similar to that faced by any artist endeavoring to make a covers album: transform these songs too much and you lose their original spirit; transform them too little and there’s no reason to do them at all. He ends up with just about the most satisfying outcome possible, finding new contours in the source material while illuminating them in ways that would have been hard to imagine otherwise. More than anything, it’s refreshing to hear an artist with Bird’s skill set bring to life a set of songs that deserve an audience far beyond the small cult that has already discovered them. With any luck, his missionary work will introduce the Handsome Family to a whole new group of converts. 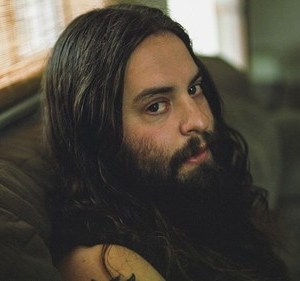 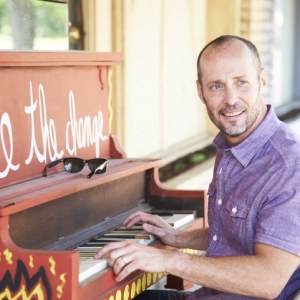