Andy Golledge’s “Run To The River” – off the Australian singer-songwriter’s upcoming debut EP, Namoi – starts out as more of a walk than a run.

Golledge’s guitar strumming is gentle yet upbeat as the song opens. Momentum builds when his vocals come in around 0:15. His voice sits above the guitar, hovering in a controlled state of tenderness. He sounds like he’s narrating a dream. There’s a sense of delicacy, but also of determination, in his mounting pleas: “No, don’t stay home / just run to the river / run to the mountains / bathe in the water / soak it in.”

Golledge delivers each line with an eerie calm that hints at the epic emotional arc to come. His refrains grow more forceful and self-assured as the strings and percussion begin to swell underneath. From here, the song builds to a world-shaking reckoning on family, mental health, and childhood nostalgia. Recorded live at Linear Studios in Sydney and capping in at 5:24, “Run To The River” ultimately reveals itself to be a sprawling yet intimate number with a profoundly personal story behind it.

“This song was written for my twin brother who was having seizures for two years, which doctors attributed to an anxiety disorder, which turned out to be a brain tumor,” Golledge tells American Songwriter. “We come from a country town and spent most of our lives by a river, fishing, swimming, smokin’ darts, gettin’ high, and havin’ fun. It’s a message to him, to let him know he’s not alone, to get back to the river, get in touch with the things he loves, with the people he loves.”

Though Golledge wrote the song for his brother, he says its message is for anybody struggling.

“It’s an anthem for mental health. It’s for everyone going through a hard time.”

Asked what he wants listeners to take away from the song, Golledge replies, “Encouragement to reach out to someone if you feel anxious or depressed or alone–whatever it is.”

This sentiment comes through in the second half of the chorus, which Golledge sings with increasing urgency and passion as the song progresses: “Reach out for your lover / reach out for a friend / call out to me / don’t be afraid.” His voice balloons and frays when he hits the ultimate “afraid,” before giving way to a final bridge. The bridge is dotted with oohs and aahs–the oohs and aahs of a comedown after an arduous journey, both musically and emotionally.

The video for “Run To The River,” directed by W.A.M. Bleakley & Lucy Knox, depicts this journey in the form of a reunion between an aging father and his adult son. It’s a moving portrait of human connection, not just within a family but also within a community. It features some incredible performances–Michael-Anthony Taylor, as the aging father, is especially compelling–and some beautiful shots of rural life. The last frame, in particular, might just break your heart. Watch the video below.

Golledge grew up in Tamworth, but ground his teeth in Sydney’s live music scene (he’s still based there). While his music speaks to a range of folk, Americana, and indie rock influences, he cites swamp rock legend Bobby Charles as the songwriter he most admires right now.

Golledge tells American Songwriter that some of his favorite lyrics come from Charles’s iconic “I Must Be In A Good Place Right Now,” off Charles’s self-titled 1972 album: “Oh what a good day to go fishin’ and catch the sunset in the hills / dream of my yesterdays and tomorrows / and hope that you’ll be with me still / I saw a butterfly and I named it after you / your name has such a pleasant sound / love is all around and all I see is you / I must be in a good place now.”

“Run To The River” and “I Must Be In A Good Place Right Now” share more than their natural imagery. They also share an aesthetic sensibility that is just as attuned to sorrow as it is to beauty, and a celebration of sensory experiences.

“He paints a beautiful picture of the simplicity of life,” says Golledge.

The same could be said of Golledge himself.

Namoi is out Feb. 9 via IOhYou. 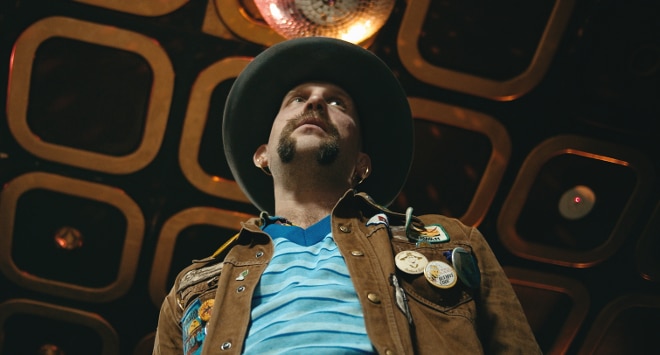 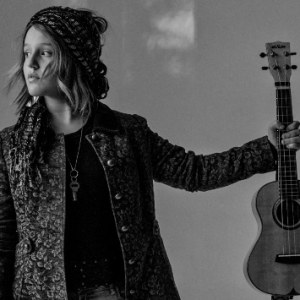 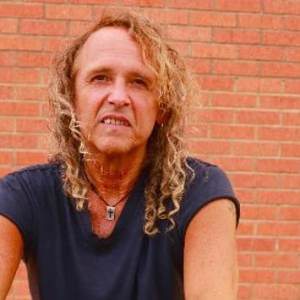