“Slow Mover” is more than just one of the titles on Australian singer-songwriter Angie McMahon’s exceptional debut. It also describes her measured and deliberate career so far.

That song was her first single, released in 2017, but McMahon was already on the pop/indie radar as far back as 2013 when she won a talent contest and opened Bon Jovi’s Australian tour. Hearing the intimate, almost wincingly private songs she wrote on this first official CD release, it’s a wonder the experience of performing in front of huge arenas waiting for Bon Jovi’s commercial rocking didn’t dissuade her from following her muse.

But despite the simmering burn it took to get here, and the unhurried roll out that makes Salt one of the most anticipated releases by a new artist this year, the final product was worth the wait. Pushing play on the opening track, you get a microcosm of McMahon’s approach to her career and music. It starts with the ragged unaccompanied strumming of an electric guitar as McMahon practically whispers the lyrics, “Water on the feelings that I do not like about the situation, I can feel my teeth trying to break the ice,” immediately enticing the listener into her sphere. Drums and bass then gradually enter as momentum builds and McMahon’s husky yet reserved voice raises like a ghost taking human form as the track closes like it began. It’s a daring, unexpected way to open an album. But as these unusually constructed songs unwind and McMahon’s dynamic vocals, somewhat like those of Tanita Tikaram and Joan Armatrading, take the spotlight, it’s clear she’s an artist forging her own path.

It takes until the third track, “Keeping Time,” for the pulse to increase into a more indie rocking style as she nearly howls “I’ve done me harm” as the band thumps behind her. Her songs twist, turn, revolve and unwind eschewing standard structures; it’s music played by traditional instruments never quite assembled this way. There’s drama and power that’s never forced or affected.

Many of McMahon’s songs are about relationships, not exactly unique subject matter. Still, the way she expresses herself lyrically (“You better be missing me now” she proclaims) and especially vocally — with her throaty vibrato — forges fresh, introspective and almost painfully personal ways of addressing the topic.

The ten tracks lead up to a closing, seven-minute epic “If You Call” where McMahon again dissects a romantic entanglement with “I’m putting down the habit … of looking back on all of it and wishing I had done better” as she both whistles and moans the words against raw acoustic strumming. It’s a riveting, practically solo performance that feels as if you’re sitting in her bedroom as she unravels the tune for you only.

This is clearly an album to be absorbed, perhaps alone, as you read the words and let the music wash over you, taking you places few singer-songwriters dare to explore, let alone those on their first albums. Similar to the early work of the equally unconventional PJ Harvey, there’s no telling where McMahon, still just in her mid-20s, progresses to from here. But with the moving, bold and uncompromising Salt, it’s going to be worth watching. 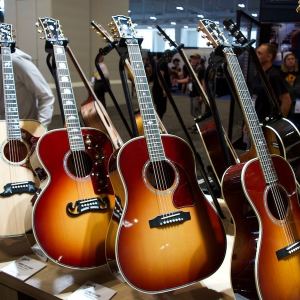 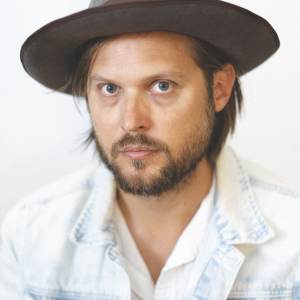