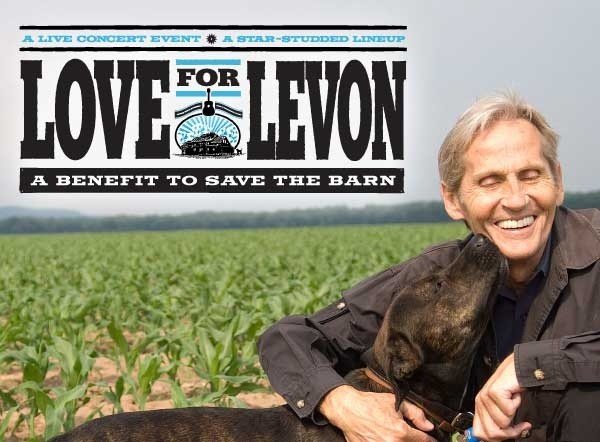 “In a world of a lot of bought fame and record labels, Levon Helm has always been about the music,” exclaimed Eric Church on stage at Love For Levon, a star-studded gathering of musicians playing tribute to the Arkansas drummer last night at The Meadowlands. Coming from a singer currently sitting at the top of the country charts, Church’s call for artistic purity, while wrought with irony, ended up being one of the night’s more touching moments. Maybe that’s because in a room full of Americana enthusiasts and classic rock diehards, Church, a megastar in a large part of the country, was momentarily, just another young kid paying tribute to an idol.

Van Session: Nicki Bluhm And The Gramblers Toast Levon Helm and The Band

And it was the young ones, indeed, that helped make last night’s benefit concert an exemplary tribute. While the first set was dominated by Levon’s contemporaries like John Prine, Gregg Allman, and Marc Cohn, the second set was comprised largely of the next generation of Helm inheritors. Church and My Morning Jacket provided the second set’s biggest highlights, with Church taking on the obscure and My Morning Jacket sticking to the the classics, while both John Mayer and Robert Randolph’s guitar playing provided some of the most distinct instrumental voices of the evening.

Last night’s benefit demonstrated several things. For one, the show made clear the degree to which Helm has become its own specific style. Singers throughout the evening, from Allen Toussaint to John Hiatt, spent the night donning their best Levon impressions, but the performances never felt like simple imitation so much as adaptation, with each and every singer blending their own musical stylings and flourishes with Levon’s undeniable sound.

But the most moving aspect of Wednesday night’s tribute wasn’t just the simple existence of Levon’s pervasive force of influence, but rather, the extent of the range, or sphere, of that influence. The most surreal moments of the night–Dierks Bentley singing “Chest Fever” with Garth Hudson leading the way on organ, Mavis Staples and Eric Church sharing the final verse of “The Weight” during the encore–were moving, if shocking, testaments to the tremendous degree to which Levon Helm’s music, his soulful, joyous sound, has penetrated and affected vast, disparate, and at times even conflicting musical worlds.

But Wednesday, that sound broke down boundaries and started parties. Helm’s music mourned itself during Jim James’ moving take on “It Makes No Difference,” which felt like a eulogy to Helm and his sound, as if the world couldn’t go on without it, and celebrated itself during Allen Toussaint’s bouncy take on “Life Is A Carnival.” Those four words, believe it or not, never sounded as poignant as they did Wednesday, on a night with so much love for a musician who lived by those very words, a night where that kind of love was all anyone really needed to get up and sing.

No False Bones: The Legacy Of Levon Helm

* All songs backed by The Levon Helm Band, unless otherwise noted.