It may have taken some time, but now the quintet of musicians who make up the U.K.-based band, Asking Alexandria, have finally realized what’s most important when it comes to the music they make: each other. And in so doing, the five members of the metal band have realized that each is more than just a musician. Each is a whole human being with a life and interests outside of their instrument. But while realizing these truths about one another and their group might lead some artists in the same position to drift away or go off into other parts of their own worlds, for the members of Asking Alexandria, acknowledging this reality, has only made their unit stronger, more cohesive, and their forthcoming album, See What’s On The Inside, which is out October 1, that much more formidable.

“I think it’s taken us a long time to realize how to balance our personal lives in the band,” Asking Alexandria founder and guitarist, Ben Bruce, tells American Songwriter. “We’ve obviously fallen down a lot of times along the way and gotten back up. But this is Asking Alexandria, these five members are Asking Alexandria.”

Bruce, who in 2006 started the first iteration of the band in Dubai and later brought the project over to the U.K. upon his return to the country of his origin, says, through growing pains and different lineups over the years, the current collection of members is now the true core. There is deep respect between each after traversing bumps in the road together, including the temporary loss of wailing lead singer, Danny Worsnop, who Bruce recruited originally years ago when Worsnop was still in college and posting YouTube videos to social media.

“If it ever gets to the point where we need to take time off for ourselves,” Bruce says, “we’re okay with that. That’s how we will continue to be Asking Alexandria for the next 20, 30, 40 years. The only way we can do that is by respecting each other and not to run this or each other in the ground. We’re humans first.”

That idea—that the band is comprised of humans first—may have been lost sometime back when Asking Alexandria was rising to fame and earning millions of song streams and swaths of fans. But that’s what happens with age. We let what hurts us go (we hope) and we figure out how to be better people, more thoughtful and caring.

Both Bruce and Worsnop are looking forward to the official release of the band’s new LP. Asking Alexandria, which also includes guitarist Cameron Liddell, drummer James Cassells, and bassist Sam Bettley is known for its huge sound. In a millisecond, their music can fill a room. The band, which has released six studio albums in the past, beginning with its first, Stand Up and Scream (2009), as it looked at its rebuilt and reaffirmed relationships, wanted to go back to what made its members first take to music in their formative years.

“For this album in particular,” Bruce says, “we wanted to recapture what it was that made us fall in love with music in the first place when we were younger, when we first found records and put them on the first time.”

Bruce says he remembers being “vividly blown away” by Metallica and Guns N’ Roses, and revisiting that feeling he had with those albums made him want to bring that same jolt to Asking Alexandria’s newest offering. Worsnop agrees. For the lead talented singer, the goal for the new vivid, rampaging record was to regain the source of original, vast passions.

“This basic goal and this was from start to finish for me,” Worsnop says, “was to create that feeling—we wanted to go in and not rely on computers, not rely on programming and external elements that aren’t us. We wanted it to feel like you were there in the room with us. For it to feel very real and organic and like the analog albums we grew up on.”

Both Worsnop and Bruce have fond memories of being two- or three years old and discovering music in earnest, even at that age. For Worsnop, it was Michael Jackson (which makes sense for a lead singer). For Bruce, it was watching his grandmother play intricate classical music on her piano, like Beethoven’s Fur Elise. As each grew older, live performance and wielding their own sounds became important. They dove in. So, for Asking Alexandria’s new LP, they jumped in again, living as a group in the recording studio, eating meals, and sleeping there as they crafted the album.

“We let ourselves live in the music,” Worsnop says.

When Bruce and Worsnop first got together, they were practically strangers, having only chatted a few times before Worsnop decided to move across the country and make music with the songwriter-shredding guitar player. Together, feeling like water in a too-small glass, they wanted to get to America to tour and make a name for themselves. Almost all the music the band listened to, especially for Worsnop, came from the States, anyway. They wanted to prove themselves there. And they did, earning a great deal of attention along the way. But while a lot has come the band’s way, it’s been because of the music, and their love for it, that’s helped the members thrive.

“The ability to get lost in it,” Worsnop says. “The ability to go anywhere and be with anyone and feel anything. There are very few things in this life that can capture and explain and cause so many different feelings.”

“I love how you can go from city to city, continent to continent,” Bruce says, “and you don’t have anything else in common with the people living there, but when you play music in a room together, there is an unspoken bond.” 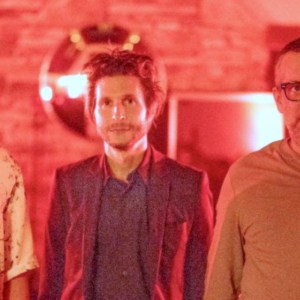 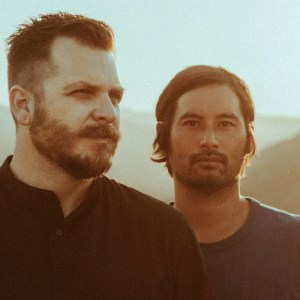