“I’ve seen so much living in LA that was never imaginable growing up in a tiny, coastal town in Australia,” says Keith Jeffery. Hailing from Victor Harbor, along with his two brothers Michael (drums) and Steven (synth/keys) and long-time friend Dave Green (guitar), who together make alt-rock band Atlas Genius, Keith uncovered a renewed appreciation for life’s beauty. “It was being able to witness it all and come away with a handful of incredible friends and collaborators and be able to laugh at the rest of it─without falling for all the traps.”

The band’s new song “Elegant Strangers” sifts through the past like flipping through a scrapbook. Memories are pressed into my eyes / That burn like roman candles in the sky, sings Keith, his voice reinvigorated all over again. Fading into red and pink and gold / Lingering in secrets never told.

Production drenches the listener, gently guiding them through a hall of their own assortment of people, places, and things. Guitars rattle around the mix, an invitation to bask in a sensory overload. “Elegant Strangers” represents not only a musical stepping stone but their own journey to living in the moment. “Time and relationships” emerge as things Keith himself has seemed to take for granted over the years. “Everything else is neglected when you’re creating if you’re not mindful,” he reflects. “I’m often shocked at how long I’ve been working away as a musician. The life of a writer and touring muso is like being in a constant trance. Almost everything is sacrificed in the pursuit of bettering the art, putting on a better show. I don’t think I have balanced that well in the past.”

“Elegant Strangers” jumpstarts a brand new beginning for the band, serving as their first single since signing with Better Noise Music. “Their enthusiasm for the songs we had been writing” made it an easy decision, he says. “The music scene has shifted away from alt music in recent times, and we needed a champion who believed in the songs and the band.

“We chose [this song] as it sets the tone for what we’re bringing out later this year. We thought hard about what we wanted to show the world first. It’s a little understated. I like that in a ‘first song,’” he teases of a record, which will feature “other songs that are more of a ‘global commentary.’ I consciously pushed this album in a gritty, organic direction, though. So drums, bass, guitars were left somewhat raw. That’s an aesthetic I’m always drawn to.”

This year marks 10 years since the band’s debut single “Trojans,” which rose to No. 4 on Billboard’s Rock Airplay chart, and it set in motion their entire careers. “That song opened doors and made it possible to continue music without having to resort to demeaning pastimes like having a real job,” Keith says with a laugh. “It also serves as a personal reminder to trust my own instincts when faced with artistic crossroads. Ultimately, the creator knows how she or he wants something to be. It is a testament to the DIY ethos.” 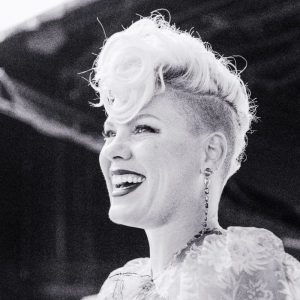 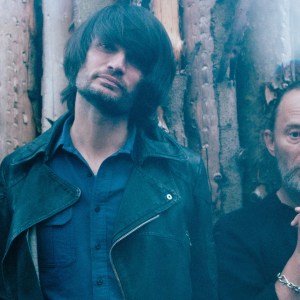