Danny Miller and Max Harwood of Lewis Del Mar have been playing music together since they were nine years old. There have been some bumps in the road during their journey of becoming musicians, but they have stuck together through it all.

“After school I was pretty certain that our path was going to be to pursue a career in music and max was the friend that was most willing to be down to take that journey together. So, we began and really started in a station wagon playing in dive bars and I think our goal was really to get as far away as we could from home on our own,” says Danny.

Eventually, they decided to teach themselves how to record and ended up in New York City where they formed Lewis Del Mar.

It has been four years since they released their self-titled debut album and their second album “August” is set to come out this August, which seems most fitting.

This entire record encompasses the trying summer Danny and Max had gone through from touring in 2017.

“What we felt that August represents is this transition period where a lot of people are absent, the city pace changes and it’s right before September when everybody comes back and steps into the pace of things.”

“The title was meant to embody transition and that feeling of saturation and angst that comes from being in New York in the summertime when it gets quite unbearable.”

Danny told American Songwriter what life was like during these four years when they wrote music for “August” while dealing with difficult times in their lives.

“When we got to the other side of the first album and had come home, we saw that we weren’t on the track to grow into the artists and the band that we felt we wanted to be. We reorganized our entire team, we really just became independent artists and charted what we felt was going to be a path that was going to allow us to grow in the sustainable way that we wanted to.”

“Those transitions were painful and took a lot of time but in the end, I think that we both came out feeling like we let our hearts lead those decisions and we feel really comfortable now as a result of that.”

Luckily, this album was finished just before New York declared lockdown in the city, but there was still more to do before everything was ready to be revealed to the listeners.

“Everything has been done during the new boundaries of this world we are living in. it has been both deeply challenging and deeply inspiring. I would categorize the whole experience as exciting and certainly rare,” says Danny.

This summer they released a music video directed by their close friends in rubberband for the track “Ceiling,” which came together in about a week. Danny and Max recorded themselves separately in the studio and the filming of the video took place in 18 hours.

“It was pretty amazing to be a part of, to be there while it’s all transpiring and watching our images move a fraction of an inch every 10 seconds.”

While the songs that come from Lewis Del Mar are largely based off of their personal life experiences, they also extend outside of that and focus on the social issues that are happening every day in the world.

August will be available on August 21, but for now, you can get a taste of the album by listening to “Ceiling,” “Border (CH. III),” “Rosalie (CH. II)” and the newest release, “TV.”

If you dig the tunes, pre-order and pre-save here. 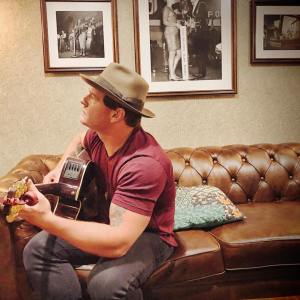 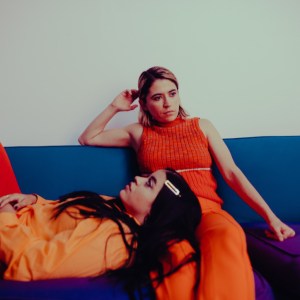