On May 8th, 1992, Sir Mix A Lot (born Anthony Ray) officially put booties on the map. That was the day the Seattle-based rapper released his now-timeless hit, “Baby Got Back.” The single, which appeared on his record, Mack Daddy, was the second-best selling song in the U.S. that year and hit number-one on Billboard in July (more on this moment later), spending five weeks at the top.

While the song is titillating and salacious, if you ask Mix, he’ll tell you that there was a sincere, socially progressive message behind the track, too. It wasn’t just about the allure of a rotund posterior. No, it was also about bringing different body shapes and silhouettes into popular culture. Women with curves, women with big butts – these are attributes to celebrate, not shun from magazine covers, movies and television screens. So, Mix made a song about it and that song has lasted ever since on throwback hip-hop stations and in karaoke bars, alike.

Below you’ll see what Mix thinks of the song, which has amassed more than 18-million YouTube views to date, in a series of quotes from interviews over the years.

On the day “Baby Got Back” hit number-one.

“It was the day I went number-one but I didn’t know it,” says Mix. “We were working so hard on tour – trying to watch our budgets – and we hit Panama City and I remember wondering what the hell was going on. Outside the club there was a hotel next to it and every balcony was packed to the point that the fire department was telling people to get down. I mean, literally, thirty or forty floors. We were totally confused, like, ‘What are they looking at?’ and we walk in the club and the club owner was saying things like, ‘Ladies and gentlemen, tonight on stage none other than the man that just went number-one!’ I have it on tape somewhere and you can hear me saying, ‘Man, shut the fuck up.’ I still didn’t believe it. But he kept saying, ‘The number-one song in America!’ and I looked at my assistant, but he didn’t know either. So I called Rick Rubin and he said, ‘Yeah, you just went number-one today.’ It ended up being the most insane show – it wasn’t a stadium, I don’t like stadiums. Don’t get me wrong, if you’re Macklemore’s size you gotta do stadiums, but back then you couldn’t really do stadiums because of gangster rap, the insurance was through the roof – but there were so many people packed into this club, it was like people were stuck together, standing on top of the bar, in the parking lot, and I’m telling them how to react. I will never forget that as long as I live. I’ve had bigger shows but not that kind of control.”

On “Baby Got Back” being more than 25-years old.

“It’s interesting,” Mix says. “I have thought about it. We’re doing a line of merch – so many people steel lines from ‘Baby Got Back’ and make money off it. It makes me mad sometimes. But we’re going to do some things that are a little different. I also had a dream of doing a re-record of the song but whenever you do that to a song people think is ‘classic,’ it always gets you in trouble with your fans so we decided to leave it alone. But I do think about it. It’s amazing. That a song like that is still around. I’ve learned lessons from other people who’ve abandoned their big hits. I told myself I’d never do that. The song keeps living!”

On why he first wrote “Baby Got Back.”

“In 1992 the American standard of beautify was the Spuds MacKenzie girls – popsicle sticks, stop signs – that was American beauty,” Mix says. “That’s how it was defined. But the song bucked the system. It was tongue in cheek. And black women immediately said, ‘It’s about time!’ White women with curves said, ‘It’s about time!’ Everyone. It was almost a movement for a while. Then it became the norm. If I were to write that song now – assuming what happened then would have taken place just the same; women know men love asses now! Most hits are lucky. I wrote a song that was supposed to be for certain people and it ended up being for everybody. You have to remember, when you saw African American women on TV other than Clair Huxtable, they were either overweight maids, on syrup bottles or she was a prostitute. That was it. I wanted to write a song. I did it consciously, where I was talking about this woman — I wanted to hit it, but I couldn’t. I wanted to make her that queen.”

On whether “Baby Got Back” is a “novelty” song.

“When I did the song ‘Baby Got Back’ it was supposed to be something serious,” Mix says. “But I was being tongue-and-cheek about it. People think I wrote it as a novelty song, but I really didn’t. If you listen to the lyrics, it’s actually saying some real shit but I’m having fun with it. It was basically me mocking what at that time was the establishment’s idea of what beauty was. That’s what that song’s about. People reduce it to being about butts – which is good, because if they actually knew what it was about it wouldn’t have gotten anywhere near the play. People ask me, ‘Do you regret that you’re primarily known for one song?’ and I say, ‘Nope!’”

On his initial thoughts after writing “Baby Got Back.”

“I hated ‘Baby Got Back,’” he says. “I thought, ‘This song will never make it.’ I thought it was going to piss everybody off.”

On why he made it and released it anyway.

“I wanted to piss everybody off!” Mix says. “But I didn’t think it was going to be a hit. Originally, it was going to be a slow song. Before ‘Baby Got Back’ I really didn’t do up-tempo stuff. [Famed prodder] Rick Rubin had this song he really liked that I did called, ‘I Got Game’ and he said, ‘Make it sound like that song.’ So, I did. I made it faster, it had more energy. Then I really hated it. But Rick said, calmly, ‘Okay, it’s done.’ But I still didn’t want to put it out as a single. So, I pushed ‘One Time’s Got No Case’ instead and Rick said, ‘It’s not going to hit.’ But I did the video and everything and it bombed just like he said. ‘Now you ready to do it my way?’ Rick asked. And finally I said alright. Boy, was he right.” 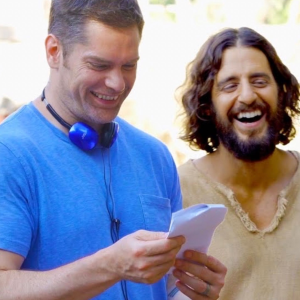 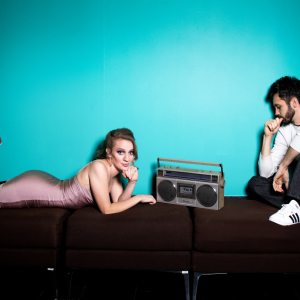