It’s hard enough to have one successful career in the music business, much less two. So credit Lori McKenna with having accomplished that near impossible feat by establishing herself as both a renowned, critically acclaimed solo artist and a much in demand songwriter who ’s penned Grammy-winning hits for Little Big Town and Tim McGraw and become the first woman to win the Country Music Association’s Song of the Year Award an impressive two years in a row.

Indeed, McKenna’s no slacker. Over the course of the past 20 years, she’s released eleven albums, including her latest, the aptly titled Balladeer. “I do love that title, she confesses. “When I found that song in my head, I told my team the album has to be called Balladeer.” Overseen by ace producer Dave Cobb, it’s her most personal effort to date, a set of songs that revolve around home, hearth and family. Intimate yet expressive, it typifies McKenna’s unique ability to give life and longing an equal perspective

Then again, McKenna has established a high bar. Her last album, The Tree, was so successful in fact, it not only reaped near universal acclaim but was also nominated as Album of the Year at last year’s Americana Music Awards. Meanwhile, her songs have garnered interest from some of the hottest names in Nashville, among them, Carrie Underwood, Keith Urban, Sara Evans, Reba McEntire, and Faith Hill. It was Hill in fact, who championed McKenna early on and helped bring her wider recognition.

“I think it’s the way my career has worked from the very beginning,” McKenna comments when asked about her dual success stories. “I’m always kind of amazed at the way my career has always seemed to shift. I’ve had these conversations with other artists. The goal is always to be so successful that we get to do something we love for a living. I know this sounds kind of corny, but I’m always telling myself that I’m so lucky to be able to do this. Having the writing be such a big part of what I do as an artist is really natural for me, because that’s the thing I most love out of the whole process. I always say that I’m going to be writing songs forever and a day.”

Even so, McKenna doesn’t take her achievements for granted. To the contrary, she credits the musical community that she’s surrounded with in Nashville for helping her trealize even greater possibilities.

“I really love the writing process, and so being able to cowrite over the years and really be part of a cowriting community in Nashville has really been a blessing for me,” she suggests. “The thing about success, and the success of getting your songs on the radio, is that you get exposed to more people and, in turn, you get opportunities to write with more people, people that have worked their craft to a level you admire so much. So I’m really thankful that music is such a big part of my life. I’m very careful with it and I try to balance everything. But mostly I just feel grateful.”

Not surprisingly, the two careers do intertwine. However, McKenna insists that there’s no competition as far as the other artists who make hits out of her songs and her own ability to record them at the same time. Timing, she insists, is everything.

“It’s funny,” she says. “I feel lucky that I’m able to record my songs after the other artists do them. I tell them at the beginning that I plan to cut the songs at some point too. That was the case with Tim McGraw’s version of “Humble and Kind” and “Girl Crush,” the song Little Big Town recorded in particular. They’re such big supporters of what I do. And when you’ve lucked out and written a song that’s good enough for other artists to want to interpret, then that’s the best feeling. Each interpretation should be different and should be unique. We each do it so differently. That’s what music is made to do and has always done. When you get to a point in your craft where you feel like you’ve created something that other people want to sing as well, it’s the greatest complement for a songwriter.”

Ultimately then, it would seem that the greatest competition McKenna faces might actually be with herself. Previous efforts, such as Bittertown, Lorraine, Massachusetts, The Lord and the Rifle, and of course, the aforementioned The Tree, have been met with ongoing enthusiasm from both fans and critics, and with the praises poured on her after the release of the latter, she’s been elevated to a higher plateau than ever before. McKenna is cognizant of that fact, but says that those expectations offer her a healthy challenge.

“I think that in a way that inspires you,” she maintains. “The healthiest way for great things to happen to an artist is when they’re inspired. I haven’t gotten to the point where it shuts down the creative process. I do know that people sometimes reach that point where it becomes a question of ‘what can I do now, how can I top myself’… that kind of thing. I kind of approach things by thinking that any given song could be the last song that’s going to bring me that success. You just never know, so you have to force yourself as much as you can to take in those moments and be thankful for them and be present for them. Your job is to keep creating. I definitely have days where I wake up and feel like I can’t write a song today. There’s just nothing here in my heart or my brain for a song. But I’m lucky that if I get caught in a little rut, nobody’s going to pressure me to produce something that’s not within me.”

In that regard, McKenna claims that she doesn’t have any particular methodology when it comes to her writing. “It works all different ways,” she says. “Years ago I would tell you that my favorite way to start a song was just to sit down and play some chord progressions and have the melody define the words. I’ve had a lot of luck in that way. I’ll have no idea what I’m going to write and then it just flows out. I write more than I used to years ago, and I often like to start with a title and I’ll need to think on for a few days. That’s where taking a walk, or driving, or things like that may come in to play. My goal as far as my writing is concerned is to try to find a song everywhere and anywhere. When you have that song antenna coming out of your head, somebody might come up with a phrase, or share a thought and that inspires it. Sometimes I write things down and I don’t even know why I write them down, but I’ll try to figure it out. That’s really part of the beauty of it.”

Having gotten her start in New England’s thriving environs, she found a decided change of focus once she moved to Nashville and found her efforts bringing her a considerable amount of increased commercial credibility.

“I came up in the Boston music community, and at the time I was what you would call a folk musician,” McKenna recalls. “But I always wondered if I was really a folk musician because I didn’t have that political element in what I was doing, and I didn’t have that traveling troubadour element to me either. When you look back at a lot of that music, there were a lot of personal stories and stories about people’s cultures and people’s lives and politics and things like that. But I was never really good with those things. I don’t really leave the kitchen. But I fell into that category because of the people I was surrounded by, like Mary Gauthier and Mark Erelli, and the other people that came through the Boston community, which is really an extraordinary community of musicians. They all play on each other’s songs, and they all have this knowledge and musical ability that I never really was capable of achieving. So my efforts were limited by my talent. When I came to Nashville and learned to cowrite, it’s really how I found my community. My way of working with another musician is really in the writing process. I don’t hear the different parts. My space there is. limited, but as a writer, that’s where my confidence is. I don’t get it right every time, but I can help somebody write a song and maybe even write a better song. So that’s how I found an even bigger community.”

Ultimately, she found her niche. “I’m not really a folk artist and I’m not really a country artist,” she observes. That’s why I love Americana, because it’s all of those things to me. People like to separate things into genres, but Americana works for me because it is folk and it is country in a lot of ways, and those things bounce off each other in a really beautiful way. It’s a big umbrella, but it doesn’t restrict you.”

McKenna will perform a special acoustic livestream concert on Friday, July 24 at 8:00pm ET/7:00pm CT from her hometown venue, Club Passim, in Cambridge, Massachusetts. Available to stream via the venue’s Facebook and YouTube pages, the event will feature McKenna performing songs from her highly anticipated new album, The Balladeer—and also serve as a fundraiser for Club Passim.

All donations made during McKenna’s performance will benefit the venue, which has temporarily moved online and is streaming shows nightly throughout the COVID-19 pandemic. 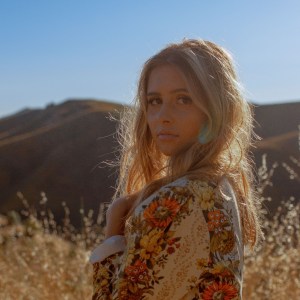 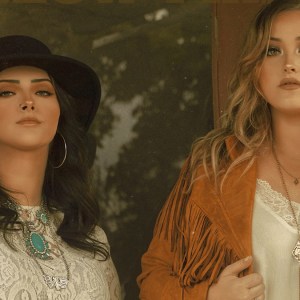