Eagles are the quintessential American rock band. Few other catalogs score a drug-hazed west coast better than theirs. After forming in 1971, the group—originally Randy Meisner, Bernie Leadon, Don Henley, and Glenn Frey—claimed the subsequent decade as their own, dealing out hit after hit.

Before they became the paradigm of the fracturing rock band, they were one of the most prolific groups ever. Their 1976 compilation record, Their Greatest Hits (1971-1975), is one of the best-selling albums of all time in the U.S. Having a record-breaking album only five years after establishing themselves as a band is a feat in its own right, not-to-mention they already had an album worth of “Greatest Hits.”

Everything about their sun-soaked musicality screams “America.” Even their name is symbolic of their home country. Below, we’re going through the three separate stories of how Eagles got their name—all of which seem befitting for such a group.

The first, and most famous, story of how Eagles got their name stems from a trip out in the Mojave Desert. Somewhere along the trek, someone thought up the name. With each of the members being heavily influenced by peyote and tequila, the accuracy of this story has come into question.

Elsewhere, former member Don Felder claims that Leadon thought of the name while recalling a story he had read about the Hopis people’s reverence for the bird of prey.

J.D. Souther, who co-wrote many of the band’s most famous tunes, adds more nuance to the story as he claims Frey randomly shouted out “Eagles!” as a suggestion for the band’s moniker when they saw one flying above them. Frey frequently backed up this version of the story.

The unifying factor in all these stories is the connection to the animal. Regardless of who thought up the idea, referencing the Eagle was an apt choice for this all-American group.

It is interesting that one of the most iconic rock bands cannot agree on where they got their name from. But then again, it is the notoriously volatile Eagles and it was the ’70s.

“The Eagles” or “Eagles”

In his autobiography, Born Standing Up, legendary comedian Steve Martin claimed he was the one who suggested the group change their name to “The Eagles” as opposed to just “Eagles. “

He recalled a time he and the band were hanging out in Los Angeles’ famed venue, The Troubadour.

“One night I was lingering at the bar and talking to Glenn Frey, who was just leaving his duo, Longbranch Pennywhistle,” Martin wrote. “He said he was considering a name for his new five-man group. ‘What is it?’ I said. He said, ‘Eagles.’ I said, ‘You mean, the Eagles?’ and he said, ‘No, Eagles.'”

Clearly, Frey stuck to his guns as the name remains simply “Eagles,” despite widely held belief.

Eagles had no shortage of colossal hits, but their magnum opus was the 1967 release, Hotel California. The title track alone has proliferated its name across generations of music fans. The sprawling guitar solo featured at the end of the track has been the model for many aspiring guitarists.

Elsewhere on the album are hits like “New Kid in Town,” “Life in the Fast Lane” and “Victim of Love.” A significant portion of the group’s most influential songs can be found on this LP alone. It remains the third best-selling album of all time in the U.S., following their own compilation and Michael Jackson’s “Thriller.” 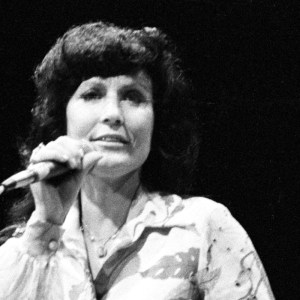