There’s something about college bands. They’re bright-eyed and bushy-tailed, and every now and then, they’re really good. It must have something to do with the lack of sleep and the constant, overwhelming amount of stimulation. Such were the humble beginnings of the band Hootie & the Blowfish.

As freshmen at the University of South Carolina, Mark Bryan and Darius Rucker first met and teamed up to form a musical duo. In a very Pitch Perfect approach before there was the film Pitch Perfect, Bryan heard Rucker singing in the shower and was impressed by his vocal ability. Together, Bryan and Rucker performed cover songs under the name The Wolf Brothers before rounding out their musical quartet with Dean Felber and Brantley Smith.

But when did the name Hootie & the Blowfish come onto the scene?

As a four-piece, the band needed a new name. And, as legend has it, Rucker came up with the odd name on the spot.

After the band released their debut studio album, Cracked Read View, in 1994, more and more folks were curious about this good-humored, soulful band from the southeast. One newspaper, in particular, couldn’t get over the word Hootie. “What’s a Hootie?” they printed in a 1995 paper.

“We called the band’s publicist at Atlantic Records to find out,” the column continued. “He told us the band’s name goes back to their college days at the University of South Carolina. Lead singer Darius Rucker was inspired by the nicknames of two college buddies: One wore huge, round glasses that made him look like an owl; the other had big, puffy cheeks that made him look like a blowfish (a tiny fish that swallows air and water to puff itself up). One night these two guys walked into a campus party where the band was playing. Rucker saw them and yelled, ‘Look, Hootie and the Blowfish.'”

And there it was.

Hootie & the Blowfish recorded and toured together from 1986 to 2008. During those two decades, the band won two Grammy Awards and dropped five studio albums. Then in 2008, Rucker announced that the band would be taking a hiatus to pursue solo careers.

After some time apart, the band came back together in 2018 to announce their Group Therapy Tour with the Barenaked Ladies. The following year, the band dropped their sixth studio album, Imperfect Circle. The current Hootie & the Blowfish lineup consists of members Rucker, Bryan, Felber, and Jim Sonefeld (who had replaced Smith in the lineup). 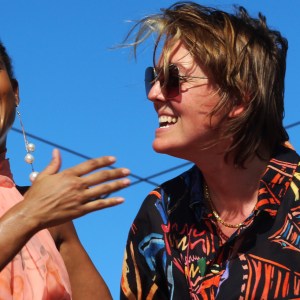 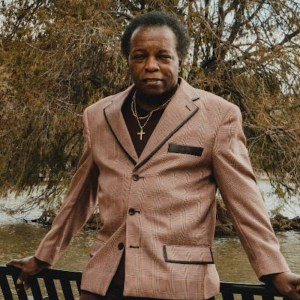