Ah, Nickelback… they’re a controversial bunch. The group was one of the most successful bands of the early ’00s and yet somehow has earned the seemingly universal title of “most-hated band in the world” —they are the brunt of so many memes that we’ve lost count.

Despite finding themselves as the band equivalent of marmite, the rock outfit has left a string of U.S. hit albums and chart-topping singles in their wake.

How did the infamous name come about? Let’s dive into the story behind the band name below.

Nickelback started as a Canadian cover band in the mid-’90s, with their entire debut album consisting of cuts from other bands. It wasn’t until their first full album, Curb, was released in 1996 that they started generating some buzz for their own music.

Their first full-length showed enough promise that it got them signed to their first record label. The State was released under the new label, soaring through the charts and selling millions of copies.

It was after that album that the band worked on one of their most famous songs “How You Remind Me.” The track was the best-selling rock song of the year and earned them a No. 7 ranking on Billboard’s top artist of the decade list.

In 2005, the band’s best-selling album to date, All the Right Reasons, produced three top-ten singles on the Billboard Hot 100, including “Photograph,” “Far Away” and “Rockstar.”

The band was last heard on a live album recorded at the Red Rocks Amphitheater. The performance was held in 2017 but was released as a collective just last year.

Before they were Nickelback, they were the Village Idiots. This was back when the band was based in the tiny town of Hanna, Canada. The original line-up consisted of Chad Kroeger, his brother, Mike Kroeger, their cousin Brandon Kroeger (who was later replaced by Daniel Adair), and a non-relative keyboardist and guitarist Ryan Peake.

Together, they played a myriad of Led Zepplin and Metallica covers. Unlike their more famous incarnation, the Village Idiots weren’t making the big bucks, causing Mike to continue holding down a job at Starbucks.

As a barista, Mike found himself constantly telling customers, “Here’s your nickel back.” The repetitive phrase went on to inspire the band’s enduring moniker.

Why Do People Hate Nickelback?

There are many bands that a mass of people dislike or even hate, but those groups typically have no one listening to their music, no one attending their shows, and eventually, they fade into oblivion. Nickelback, however, has not only managed to earn the title of “the world’s most hated band,” but they’ve done it while still being extremely successful.

Though the discourse around the band largely resides in cutting memes today, the group has been going strong for over a decade. Nickelback has sold more than 50 million albums worldwide, sold out countless shows, and has been nominated for 6 Grammy Awards. They even ranked as the second best-selling foreign act in the U.S. of the 2000s and the eleventh best-selling music act of the decade overall.

Despite all of this, when you ask most people what they think of Nickelback you’ll get a snide chuckle back in response. Countless articles have been written about the group’s infamous status, using them as a barometer of sucky bands. Elsewhere there are crowdfunding campaigns to keep the band out of entire countries and petitions to replace them in shows they’ve been booked on.

The hatred first started cropping up after their song “How You Remind Me” was played pervasively on the radio. The group came on to the scene in the wake of ’90s bands like Pearl Jam and Soundgarden. Bands like Nickelback arguably took the bands’ grunge and made it more digestible for a wider group of people.

On top of that, they were signed to a label that primarily produced metal bands. Once Nickelback started generating some buzz, the label put all of its efforts into its music as opposed to the cult, fan-favorite metal stalwarts. With all of this in mind, it seems the hatred stems from many people thinking the band is too commercial and mediocre for the success they were generating in the early ’00s.

By now though, it has become more of a thing to hate Nickelback than an actual grievance. People who have never even really listened to the band will jump on the bandwagon and say they adamantly hate the group. The band doesn’t seem to be hurting too much from the trend so we guess all’s well that ends well? 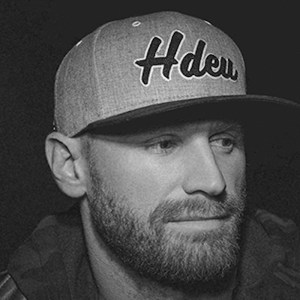 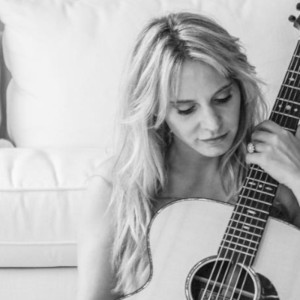