Off Chase Rice’s 2013 EP, and later released on his 2014 debut, Ignite the Night, Rice co-wrote “Ready Set Roll” with Chris DeStefano, who also produced the track, and singer-songwriter Rhett Akins and marked his first collaboration with the two Nashville songwriters.

“With new writers, you never know how it’s going to go,” said Rice. “I knew Rhett real well, but I’d never written with him. The first thing he said was ‘yeah, I like that.’ He was just very relaxed. I thought it would be different because he’s a big-time songwriter.

Rice added, “We all meshed real well together. Then I threw out the ‘ready set let’s roll’ at the top of the chorus. We decided that was so catchy … so that turned into the chorus.”

At first, “Ready Set Roll” had a completely different setting. “We had a different title, a title with the word ‘night’ in it,” said Rice. “We just kind of worked toward that topic and started dropping lines here and there. I dropped the line Damn pretty girl you went and done it again. Turned your sexy all the way up to 10. That was what started the write and made me feel comfortable in the write.”

Damn pretty girl you went done it again
You’ve gone and turned your sexy all the way up to 10
I’ve never seen a side ride seat looking so hot
Baby, you rock, hit the spot like a fireball shot
You’ve got me all high, head spinning around and around
I’m down if you’re down to burn down this town

“By the end of the day we went from [writing ‘Ready Set Roll’] to hearing what Chris did in the studio,” said Rice. ”While we were writing the song he was building the track that made it sound like it sounds on radio today. At the end of the day, we had a full song. I heard it and was like, ‘Why would I do this with any other producer?'”

He added, “‘Ready Set Roll’ was a big day. I found my producer. I found my executive producer and I wrote a gold record.”

“Ready Set Roll” peaked at No. 5 on the Billboard Hot Country Songs and Country Airplay charts and was the second best-selling country song with 42,000 copies sold during its debut week and was certified platinum in 2014.

“Ready Set Roll” is a straightforward summertime hook-up and party jam, talking with fireball shots, cruising around, and pretty and sexy girls. It’s all fun and games, but some of the lyrics—Get your little fine ass on the step / Shimmy up inside, sings Chase in one verse—drew some criticism from female fans over the song lyrics upon release.

Rice quickly defended the meaning of the song, saying it wasn’t meant to be degrading toward women. and even referenced Maddie & Tae’s 2015 anti “girl in a country song” track “Girl in a Country Song.”

“I think the reason women are looked at in that way—and it’s not in a negative way at all—I don’t think it’s degrading to tell a girl to get in my truck and let’s drive around,” said Rice. “I think that’s just what we’re doing. I’ve got an ’85 Chevy Silverado, and I have a bench seat where the girl can sit right next to me. She can slide on over. That’s literally why we’re singing about it.”

Get your little fine ass on the step
Shimmy up inside,
Just slide girl by my side girl
Yeah, we can run this town
I can rock your world
We can roll ’em down fog ’em up
Cruise around get stuck pedal to the metal
‘Till the sun comes up
I made a deal with the man on the moon
He’s gonna put in some overtime, we’ve got all night
Ready set let’s roll 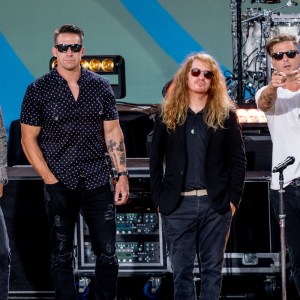 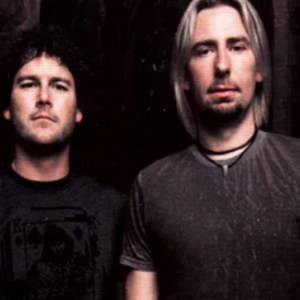