Nothing induces more nostalgia than the angelic-bordering-nasally vocals, the simple guitar riffs, and the blasting drums of songs like “Mayberry,” “What Hurts the Most,” and “My Wish.” Over the course of 10 studio albums, they perfected the crossover with songs that tip-toed across genres and appealed to many outside the realm of country. Their music had a softness for easy listening, but also had the muscle to rock arenas.

With their band name plastered across marquees throughout the 2000s, did anyone ever wonder who or what is a Rascal Flatts?

Columbus, Ohio-born cousins LeVox and DeMarcus, both with Music City aspirations, ended up in Nashville, Tennessee at different times. They would eventually end up forming a duo, performing in clubs around the city. The pair became three when Rooney sat in on one of their gigs and chemistry was sparked.

Under no official name, the group recorded a demo, which then impressed a label, but it’s hard to sign a deal with a no-name band. Left to ponder their anonymity, the trio carried on with a scheduled performance at the now-closed, Fiddle and Steel Guitar Bar in Nashville.

The band must have asked the audience for their guidance because a spectator came up with a suggestion. “He said, ‘I had a band in the ’60s. We did Bar Mitzvahs and high school dances and we called ourselves Rascal Flatts,'” DeMarcus recalled in an interview with TODAY. Then and there, the trio signed a contract, agreeing to pay $5,000 for the name. It was set in stone on a bar napkin. “I think that’s what we did with our signing bonus,” LeVox added.

At the end of the day, Rascal Flatts is a name bought in a long-gone bar, but it’s a name that will forever be synonymous with frosted tips, nasally angels, and the delicious country pop of the time. 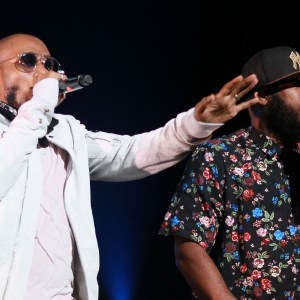 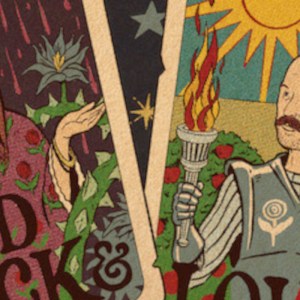