Founding an enduring rock outfit is a finicky endeavor. You need just the right recipe or things will quickly begin to falter—great songs, great musicians, and a great band name. Typically, the first two are cultivated first. You actually need to be able to play together before you can dub yourself a band. But, eventually, every fledgling rock group has to face the age-old question— “yeah, but what are we gonna be called?”

REO Speedwagon is a name that is deeply unique. Even if you don’t know their music, however unlikely, that name has flittered around in pop culture for long enough that you’re aware of its stature. But, how did they land on such a name? We’re going through the origins of REO Speedwagon and walking through their legacy, below. Let’s dive in.

In the mid-’60s, Neal Doughty and Alan Gratzer lived in the same dormitory at the University of Illinois. Gratzer had been lending a hand behind the drums in a couple of local bands when one of them caught Doughty’s eyes. He began following them and even jumped in to play keyboards a time or two. Noticing a kindred spirit in one another, they decided to trek out on their own, playing covers of The Kinks and Hendrix. Clearly, what resulted was something special.

As the story goes, Doughty is credited with coming up with the group’s moniker. While taking a class in college on “The History of Transportation,” he saw the term “R.E.O. Speedwagon” written on the blackboard. The R.E.O Speedwagon was a vehicle popular in 1915 from the Oldsmobile automotive company. Ostensibly, it was an ancestor of the pick-up truck today. It seems that sometimes the best band names come from the most unlikely of sources.

Regardless of the origins, the name is now synonymous with arena rock and few people are hit with images of Henry Ford-era machinery when they hear it.

After shuffling through a number of line-ups, the group landed on Doughty, Gratzer, guitarist Gary Richrath, bassist Gregg Philbin, and vocalist Terry Luttrell. The outfit released its debut LP in 1971 to middling success. The album featured 8 original songs all credited to the band as a unit. Despite the slow start, the self-titled album features some of the band’s signature songs like “157 Riverside Avenue.”

The album did well enough to warrant a second effort, but soon the group began to fracture. Luttrell became unhappy, eventually began to check out, and was replaced by Kevin Cronin, who created a fake referral agency in which he was the only client.

The group jumped into their second album with a clearer headspace. Though the album, again, didn’t make huge waves in the music industry, it solidified what we’ve come to know from the group as their signature sound.

Across their career, REO Speedwagon has gifted the world several iconic tracks, notably “Can’t Fight This Feeling Anymore” and “Take It On the Run.” Cronin’s unique vocals are an emblem of the ’80s. Their songs evoke a certain sense of nostalgia and charm that has kept their appeal alive for generations. 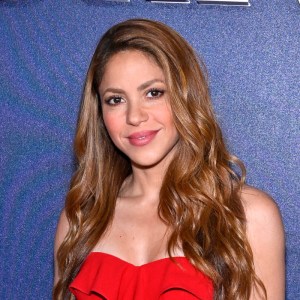