When This Is Spinal Tap was first released, it was largely lost on audiences. Nowadays, we know the language of mockumentaries well, but in the ’80s, when comedy films came in the charming yet straightforward persuasion, the veiled sarcasm and subversion of the genre left people wondering, “why would anyone make a movie about a band no one knows?”

This was a question often posed to director Rob Reiner. Playing off of documentaries like The Kids Are All Right or The Last Waltz, Spinal Tap feels like a vignette of a real rock band’s life with grainy archival footage and off-kilter interviews to boot. Though you’d think that lines like You can’t dust for vomit or none more black would key any viewer into the fact that the whole film is a joke, rock stars have never ceased to play into their outlandish personas, leaving nothing too outlandish to be true.

Nearly 40 years on, the mockumentary has become something of a cult classic and the band has evolved beyond the silver screen. After all, how fake can a band truly be if they are rocking out at Wembley Stadium?

Below, we’re going through the origins of one of England’s “loudest bands” and revealing how they landed on the name Spinal Tap. Turn those amps up to 11 and dive in with us.

Like many bands, the five-piece—David St. Hubbins, Nigel Tifnel, Derek Smalls, Viv Savage, and Mick Hrimpton—cycled through a number of names before landing on their enduring moniker. In one interview from the movie, the group charts a course through their skiffle band origins, explaining the series of strange accidents that befell their revolving door of drummers: spontaneous human combustion, a bizarre gardening accident, and choking on someone else’s vomit.

In the same scene, they reveal how they landed on the name Spinal Tap. They first performed under the name The Originals, but upon finding out that another band already had that name, they started going by the New Originals. Eventually, they turned into the Thamesmen (who can be seen playing in an Ed Sullivan Show-Esque, black and white performance in the film), which then turned into Spinal Tap – a name befitting their new metal musicality.

While they made up a fictional history on screen, the group’s real history starts in 1979 with a sketch comedy special called The T.V. Show. Also helmed by Reiner, the group appeared in a video for a song titled “Rock N’ Roll Nightmare” – a spoof on The Midnight Special. In the same year, a bad was formed by the characters from the T.V. series Laverne and Shirley with one of the members being credited as Nigel Tufnel, which would eventually be used as a member of Spinal Tap.

This Is Spinal Tap followed soon after with a plotline that consists of filmmaker Martin “Marty” Di Bergi following the band across their American tour to promote their new album, Smell the Glove. After the film, the group remained in character playing a number of concerts in the U.K. and appearing on a 1984 episode of Saturday Night Live. The group most recently reunited in 2019 at the Tribeca Film Festival to celebrate the 35th anniversary of the film.

It was announced earlier this year that Reiner will return alongside the original cast—Michael McKean, Harry Shearer, and Christopher Guest—for a sequel to This Is Spinal Tap. The follow-up will be released to coincide with the film’s 40th anniversary. 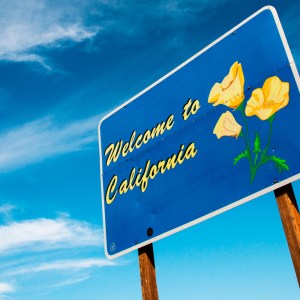