Tom Petty and the Heartbreakers.

It’s a name as synonymous with American rock and roll as just about any. And it’s a name that on the face of it seems simple enough and standard enough that it just fits, so to speak.

But the band name came at a time in the history of American music when things were a bit more psychedelic. Drugs had taken full effect in the ’60s and early ’70s, so when Tom Petty and his musical crew were looking for a name, there were many oddities to choose from (more on this below).

Instead, however, the band landed on the simple yet iconic name that has lasted ever since throughout many decades. But how and where did this all crystalize?

That’s what we’ll dive into here today. So, let’s do just that.

Before Petty linked up with the full cast of musicians, who would become the Heartbreakers, the Florida-born artist had earlier bands called the Sundowners, The Epics, and Mudcrutch.

In 1974, Mudcrutch signed with Shelter Records and moved from one sunny state to another, this time relocating to Los Angeles, California, from Florida. The band released one single, “Depot Street,” in 1975. It did not chart and the group later disbanded.

A few years later in 1976, Petty formed his band Tom Petty and the Heartbreakers with Mike Campbell on lead guitar, Ron Blair on bass, Stan Lynch on drums, and Benmont Tench on keys. Petty was the frontman, songwriter, and rhythm guitarist.

The band made waves from its first release, dropping a self-titled album. It did not do well initially in the United States, but in the United Kingdom songs like “Anything That’s Rock ‘n’ Roll” earned them the attention. Later, songs like “Breakdown” and “American Girl” garnered the band even more attention.

Petty spoke about the band’s first U.K. gig, saying, “The audience just jumped up and charged the stage and were boogieing their brains out. It was such a rush. Wow, we had never seen anything like that, man.”

The band followed up their self-titled debut with the 1978 album You’re Gonna Get It!, which was the band’s first gold record. It featured songs like “I Need to Know” and “Listen To Her Heart.” Some 25 years later, the band would be inducted into the Rock and Roll Hall of Fame in 2002.

Theories On The Name

While the Heartbreakers seems simple enough as a name on the face of it, Petty did go through several other options before landing on the rather timeless moniker.

At first, Petty thought about The King Bees. Other more dream-like names were bandied about, given that it was the mid-’70s when drugs were in full effect.

However, when the Heartbreakers was suggested to Petty, he liked it, though knew it was not exactly accurate to the music-loving, non-heart-throb group of musicians he’d brought together. Some have speculated it stuck because Petty always thought his bandmates would leave him, and thus, he’d be “heartbroken” by them.

In the book, Conversations with Tom Petty, the artist said, “I just think it was the era of psychedelic names, like Chocolate Watchband and Strawberry Alarm Clock… So, somebody came up with it one night, and we all thought it was a funny word, and we stuck with it.“

Sometimes it’s the names that make you smile that are just right. 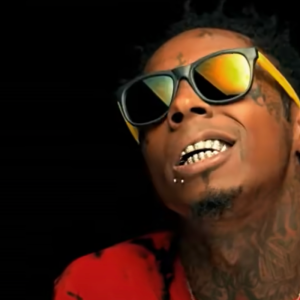