After TikTok got a hold of GAYLE’s “abcdefu,” it quickly became one of the biggest songs in the world—a breakout hit if there ever were one. The Texas native’s fury is palpable in this track as she gives her ex a sonic broadside: A-B-C-D-E, F-U / And your mom and your sister and your job / And your broke-ass car and that shit you call art. The clever wordplay landed GAYLE the No. 1 spot on both the Billboard Global 200 and the Billboard Global Excl.

“I remember when “abc” hit the iTunes charts for the first time, it was so incomprehensible,” Gayle recently told American Songwriter. “The fact that people were buying it when they had access to stream it, or listen to it on the radio and they were just buying this song. It was so mind-blowing.”

Hell hath no fury like a woman scorned and somewhere along the way, a particularly tough break-up gave GAYLE enough ammo to create a song that has allowed her to become one of the most promising rising stars of 2022. Let’s look into the meaning behind “abcdefu” below.

Though GAYLE has not revealed exactly who the song is about, she has referenced a break-up a number of times when talking about the inspiration behind the song.

“I was going through a breakup and I was writing really self-deprecating songs and it was annoying the shit out of my best friend (who is one of my main collaborators),” GAYLE once revealed. “I felt super guilty for the breakup with my ex and as a coping mechanism for my guilt I tried really hard to be a friend to him and stay in his life. I was in a very self-deprecating place.”

She continued, “Then I heard through a mutual friend that he was talking shit about me and all my suppressed emotions came rushing in. I was pissed that all the effort I put into our relationship and our friendship he turned into such a negative thing, and I was pissed that I waited till he was talking shit about me to let myself be mad? So then I walked into a session with Sara Davis and Dave Pittenger and said ‘it’s time’- and thus ‘abcdefu’ was born.”

Lyrically, the song lets all those “suppressed emotions” bubble up. GAYLE extends her anger to his mom, his sister, friends, and even his job—everyone but his dog gets a piece of the action. For anyone who thinks she is being a little harsh, she later cuts any accusations of being a “bitch” off at the pass with the lyrics, Told everyone I’m a bitch, so I became it. It’s a deeply cathartic offering, not just for GAYLE but for her ever-growing fanbase as well.

I was into you, but I’m over it now
And I was tryin’ to be nice
But nothing’s getting through, so let me spell it out
A-B-C-D-E, F-U
And your mom and your sister and your job
And your broke-ass car and that shit you call art
Fuck you and your friends that I’ll never see again
Everybody but your dog, you can all fuck off

In the accompanying music video, GAYLE and a few of her friends “visit her ex’s house.” On top of singing along to the track, the crew makes their way through the house, trying on his clothes and jumping up and down on his bed.

Mirroring the emotional release of the lyrics, the music video is equally freeing. Though many of us would never be so bold, break-ups can often drudge up ideas of hitting our exes where it hurts. GAYLE does just that in this music video so the rest of us can live vicariously. 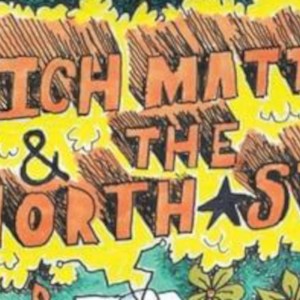 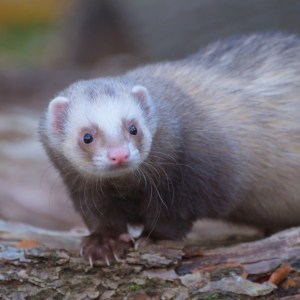