It’s a nursery rhyme you can sing and act out with your hands, making it one of the most fun and smile-inducing songs of all time.

That’s right, “Itsy Bitsy Spider” is an all-time classic. Kids love it, from the story to the gesticulation.

But what is the meaning and history of the rhyme and its pantomime?

Let’s dive into that here.

Known as the “Incy Wincy Spider” in Australia and the U.K., the nursery rhyme describes the adventures of a spider as it climbs up, climbs down, and then reascends in a drain spout of a gutter system. As noted above, the singing of the song is usually accompanied by fingerplay or a sequence of gestures that mimic the words in the song and the multi-legged creature that is the protagonist.

The song can be found in musical publications, including alternative versions, in the book Camp and Camino in Lower California from 1910. There, it is referred to as the “Spider Song.” In that book, “itsy bitsy” is changed from “blooming, bloody.”

Later, the song was published in one of several modern versions in the book Western Folklore by the California Folklore Society in 1948. It was also published in Mike and Peggy Seeger’s American Folk Songs for Children, also from 1948.

Original lyrics from the “Spider Song” in 1910 go like this:

The lyrics for the rhyme are as follows:

And the fingerplay pantomime goes like this with each action corresponding to each line in the lyrics:

-Alternately touch the thumb of one hand to the index finger of the other.
-Hold both hands up and wiggle the fingers as the hands are lowered.
-Sweep the hands from side to side.
-Raise both hands and sweep to the sides to form a semicircle as the sun.
-Wiggle fingers upwards.
-Repeat

Today, the song is sung by and for children in countries and languages all over the world.

For example, the popular nursery rhyme has been covered and sampled a myriad of times, including by Carly Simon in the Heartburn film and on the album Coming Around Again. Nicole Kidman sang it on the Dead Calm soundtrack. Little Richard sang it in 1991 for the Disney CD, For Our Children. The Danish-Norweigian band Aqua released a single of the nursery rhyme. In 2002, Raffi sang a version on his album, Let’s Play.

In the 2019 Jordan Peele film, Us, a young girl whistles the tune when she is in a funhouse. It was also referenced in two Spider-Man movies in the 2000s.

Michelle Tanner from Full House sang the song during the TV series. As did the cartoon character Bart Simpson in season four during the episode, “Lisas’s First Word.” And there are countless more examples throughout contemporary media.

What makes this nursery rhyme so interesting is that it highlights the lifecycle, in a way.

The spider, working hard, goes up, then down, then goes up again. Just as life has a rise and fall, so does our spider. In this way, the nursery rhyme is a window into the lifecycle of people (and spiders), and introducing the concept to kids early on via finger games and silly lyrics is important for our brain development. 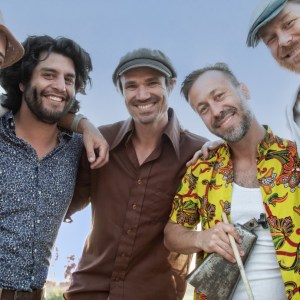