One of the essential duties of a songwriter is to account for you-had-to-be-there moments — an inside joke; a look in their lover’s eyes; a whiff of an estranged smell; brief instances which engage their creativity. For Bruce Springsteen, the narratives in his early, lyric-packed songs were based on extremely vivid times and places he experienced himself. They were his grand interpretations of day-to-day life, and romance, usually young and vital, was his tool for giving them color.

Then came 1978’s Darkness on the Edge of Town, Springsteen’s fourth album. Inspired by his new friendship with music critic Jon Landau, whom he had enlisted as his manager/as-needed producer, the singer was paying more attention to politics and art containing politics. He was reading Steinbeck, watching Sergio Leone films, and listening to country and folk music. The LP marked a pivot from his character-driven lyrics to ones which commented on the world around those characters. It also paved the way for his sixth and first all-acoustic album (save “Open All Night”), Nebraska.

Pulled directly from a collection of demos Springsteen had originally intended for a full-band album, the songs in Nebraska present a different world than that of his early work. Instead of teenagers dressing up and flying down the New Jersey Turnpike, they murder (“Johnny 99”), wander aimlessly and alone (“Open All Night”), and pursue a career in organized crime (“Atlantic City”).

The last track on that list was going to be called “Fistful of Dollars,” named after and based on the Leone movie, but as the then-31-year-old songwriter worked and reworked its verses, his focus began to shift to Atlantic City. Musically, it’s the catchiest number on the album, and one of the most recognizable — the same three-note melody repeats throughout, changing only slightly in the choruses and bridge. It shares its sepulchral, lo-fi tone with the rest of the songs in Nebraska, however it’s the only one featuring BGVs: Springsteen harmonizes his choruses and provides atmosphere in his verses with melodic rock yells underneath them. Despite that being its only real technical distinction, the song can still be set aside from the rest as the one with the furthest sonic reach.

While all of the track listings sound expansive — their threadbare instrumentation, made up of guitar, vocals, and glockenspiel, reaching ambitiously into arena-rock purview through Springsteen’s passionate delivery — “Atlantic City” is the only one which doesn’t sound like a stripped-down smaller version of some larger idea. Perhaps its hook overpowers the album’s instrumental limits (a hit is a hit!), or its aphoristic lines: “everything dies, baby that’s a fact, but maybe everything that dies, someday comes back,” cryptically suggest a larger narrative than its protagonist is telling. He’s a waifish young gambler pulling all the wrong strings and placing all the wrong bets, in particular on any unsavory opportunities to salvage his crashing life and the love of his loyal paramour.

But, most of all, the power of “Atlantic City” lies in its smaller details. Lyrics shift from being as starkly conversational as water-cooler gossip: “gonna’ be a rumble out on the promenade, and the gambling commission’s hanging on by the skin of its teeth,” to the incredibly potent, declarative refrain, which doubles as both an invitation to Atlantic City and a flower in the rubble of our young hero’s life. One day, he’ll pay his debts. One day, the minutiae of everyday life, from the “chicken man in Philly last night” to the “two tickets on that Coast City bus” will add up to some meaningful conclusion.

With his intricate writing, Springsteen achieved a palpable atmosphere in “Atlantic City” — the listener feels in the room with its subject as he hurriedly packs a suitcase and justifies his actions to his young love, accepting his situation with ignoble grace. In his book, Heart of Darkness: Bruce Springsteen’s Nebraska, author David Burke quotes an interview in which Springsteen said that in Nebraska, his characters “just get shot off somewhere where nothing seems to matter.” That certainly seems to be the case in “Atlantic City,” in which every triviality contributes to a much larger, and more complicated, place and time. 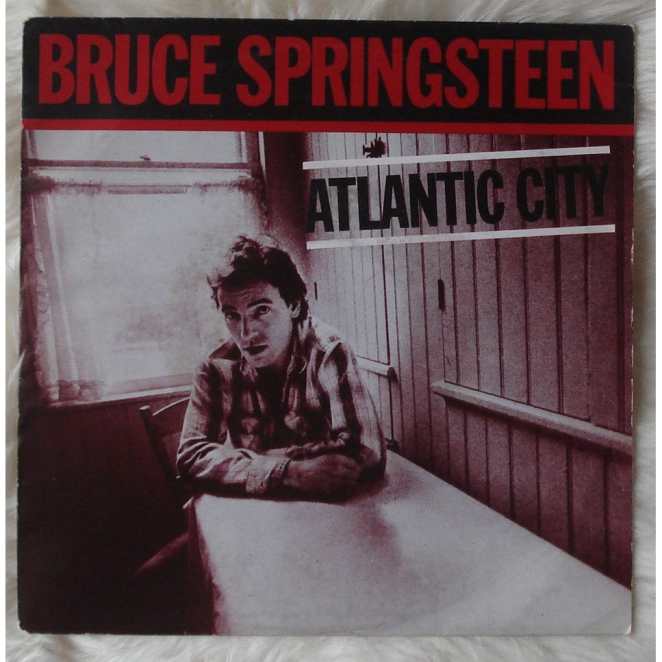 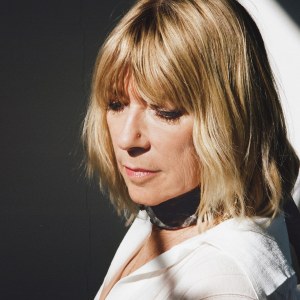