The most trivial encounters can lead to great songwriting observations. Years ago, ‘80s rock icon John Mellencamp was driving along Interstate 65, weaving his way through Indianapolis, when he spotted a black man holding a black cat while lounging on his front lawn. The juxtaposition of the man’s cool, calm demeanor and the interstate’s relentless traffic stood out to him. Mellencamp later put pen to paper to write “Pink Houses,” a hit single from his 1983 studio album, Uh-Huh.

“[The man] was sitting on his front lawn in front of a pink house in one of those shitty, cheap lawn chairs. I thought, ‘Wow, is this what life can lead to? Watching the fuckin’ cars go by on the interstate?,’” the musician offered to Rolling Stone in 2013. But it was much more than that.

He continued, “Then I imagined he wasn’t isolated, but he was happy. So, I went with that positive route when I wrote this song.”

Lyrically, the song takes a straightforward, literal approach. “There’s a black man with a black cat / Living in a black neighborhood / He’s got an interstate running’ through his front yard,” he depicts. “You know, he thinks, he’s got it so good / And there’s a woman in the kitchen cleaning up evening slop / And he looks at her and says, ‘Hey darling, I can remember when you could stop a clock.”

The chipper hand claps and generally groovy tone is deceiving. In observing one man’s existence, he takes great issue with American life, at large. In fact, he has stated the song isn’t what many think it is. “This one has been misconstrued over the years because of the chorus – it sounds very rah-rah. But it’s really an anti-American song,” he told Rolling Stone in the same interview. “The American dream had pretty much proven itself as not working anymore. It was another way for me to sneak something in.”

The song’s meaning has long been misinterpreted. First, Ronald Reagan used the song in his 1984 reelection stops, and secondly, in 2008, Republican Senator John McCain used it for many of his political rallies and events. As he remembered it, in a 2009 interview with NPR, Mellencamp called up his rep Bob Merlis. “What happened was that I called up my publicity guy. Bob said, ‘You know, McCain’s using your song.’ I said ‘Well, he can use it if he wants to, but you probably ought to write him a letter and say, ‘You know, not only that you guys are using it, but so is Barack Obama, so is John Edwards, so is Hillary Clinton, and you should understand that Mellencamp is very liberal, and do you really think that it’s pushing your agenda in the right direction? I mean, you’re just really falling in line with all the other liberal candidates. Maybe you guys should rethink using the song.’”

He added, “We didn’t tell him not to use it. We just wrote a letter that said, ‘You guys might want to rethink about using this song,’ and they quit using it.”

McCain immediately stopped using both “Pink Houses” and “Our Country” at his events.

As timely as the message remains, Mellencamp admitted he wished he would have built a stronger, more meaningful third verse. “I’ll hear a song I wrote many years ago called ‘Pink Houses’ on the radio, and I’ll think, ‘Man, I wish I would have spent a little more time on the last verse,’” he articulated to American Songwriter in 2005. “I never really view my songs as done. I just think they’re abandoned. You think, ‘Okay, well, I’m in the studio now, and now it’s time to think about what the guitar player is going to do, and what the bass player is going to do, and what the drummer’s going to do.’

“So once you get to that point, the song is pretty much abandoned,” he said. “You’ve got to be able to roll with what these musicians try to do with the song.”

“Pink Houses” became an undeniable hit, climbing to No. 8 on Billboard’s Hot 100 chart. 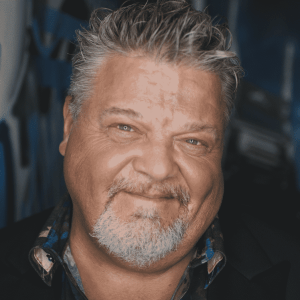 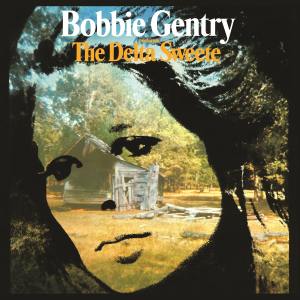