Big Loud Records celebrates the fifth anniversary of its creation this week, while its sister company Big Loud Publishing has been in existence since 2003. The man who created both those endeavors, Craig Wiseman, has written 27 No. 1 country songs; when Morgan Wallen’s “Chasin’ You” hit the top this past spring, it gave Wiseman chart-toppers in four straight decades.

Considering all that, you might expect Wiseman to come off as a self-aggrandizing mogul-type, not the humble, grateful guy who spoke to American Songwriter about his success in a recent interview. The 5th anniversary of Big Loud Records is sweet for Wiseman, in part because he and his co-workers have cultivated such a family atmosphere with artists willing to work hard to be great. “We couldn’t run them off if we tried,” he jokes about the Big Loud stable.

Wiseman remembers his Eureka moment when he decided to branch out Big Loud from publishing to actually recording and releasing the music as well, all with an organic approach to the process. “Instead of us bringing a CD to somebody and holding our hat and saying, ‘Thank you very much, sir,’ why don’t we start controlling our own destiny?” he recalls thinking. “We don’t have the money to start this whole big thing. Can we now just get these kids in clubs and start to grow a fan base? We still try to do that now. We use streaming and stuff, but we put them out in clubs to get them a real fan base. We’re not trying to chase charts. We’re trying to chase real fans. And to do that, you got to put out some damn good music and have a damn good show.”

As far as the publishing company, Wiseman started it in response to the enthusiasm of one of his co-writers. “Luke Laird and I wrote a song that Kenny Chesney put on hold,” Wiseman says. “And Luke in particular was ecstatic about that. He called me drunk midnight one night about it. That’s when I was super-hot and getting 30 and 40 cuts a year. I was already taking it for granted, and here he was calling me drunk celebrating a hold by Kenny Chesney. I was already so far past that, I wasn’t even thinking about it.”

“I thought, man, I want to be excited. I want to stay there where you are with the wonder of this business, where dreams start to come true. To be right there at that well spout where that stuff comes out. I want to stay there, because that’s a beautiful thing. To stay around those young kids, who remind you what a blessing it is, what a life-changing thing it is.”

But it took a bit of a figurative and literal leap of faith for Wiseman to make that jump into owning his own publishing company. “My wife at the time was going to Vanderbilt getting her Master’s degree in Divinity,” he explains. “And one of the things that she told me that was really fascinating was that there was a speaker who had come. This guy had talked about other preachers and he said, ‘One of the ways I get preachers’ attention is to say, ‘You realize you’re a functioning atheist, right? Where in your acts do you exhibit faith? Because right now, you don’t start anything that you don’t know how it’s going to end. You control everything. Where do you leave room for God in any of that?’”

“She told me that, and that was right when I was in the middle of having this urge and intuition of doing this publishing company. But I was clueless. It’s great to sit around drinking beer and talking about, ‘Yeah, I’m going to have this publishing company.’ But all of a sudden you have to put a half-million dollars in a business checking account and start writing checks. This was my life security. I’m just going to start spending it. I kind of realized, you know what, I am not going to be a functional atheist. I’m going to exhibit faith right here and now.”

The one thing that has never figured into Wiseman’s career moves is the opinion that others in the industry hold about them. “I have no idea what people on the street are saying and I never have,” he says. “I don’t want to say that I could care less, because those are people that I like and respect. But I didn’t do it so I could impress anybody.”

To get his publishing company off on the right foot, Wiseman shopped around a demo of recent material that he had written. One of those tracks would turn into “Live Like You Were Dying,” which became a massive hit for Tim McGraw and immediately put what was then called Big Loud Shirt Publishing on a solid foundation. Even now with the entirety of the Big Loud enterprise in a firm position as a country music industry powerhouse, he and his team are still hungry. Not only are they seeking great talent, but they’re also looking for those with the willingness to put in the work, something that young artists and songwriters should consider as they seek upward mobility.

“It starts with work ethic,” Wiseman explains. “Let’s not kid ourselves. When I think of every successful songwriter in town right now, those are the people that put in the time. There’s that old high school coach saying: goals and obstacles – what are you focused on? You can only focus on one thing. And it’s those kids that are only focused on the goals, they don’t give a crap that they’re making $8,000 a year or sleeping on an army cot. They just see that dream and they’re all about it. Making sure you have the right person with the right work ethic, and they’re fresh. They’re not trying to imitate anybody.”

“That’s also what I like about our label. We’re kind of turning into a singer-songwriter label in a lot of ways because we’re trying to find unique people. I’m not really interested in somebody who’s just imitating what’s going on. I’d rather take a chance on somebody who’s going for it. You don’t really know: maybe this will work, maybe it won’t. But it’s certainly fresh and ingenious in some way.”

For all of his success as a businessman, however, Wiseman still gets a huge charge out of having one of his songs break through in a big way. “I’ll always be a songwriter,” he says. “I started playing drums when I was 15 because I knew that Don Henley of the Eagles, his vehicle for his songwriting was a band.  So I started playing drums so I would have a vehicle to get my songs out there.”

“Music is a lot like pro sports. You spend your whole life for this quick, luminescent time when you’re there. It quickly comes and goes. For me to still be Jerry Rice-ing it out there, catching the ball, that’s very gratifying.” 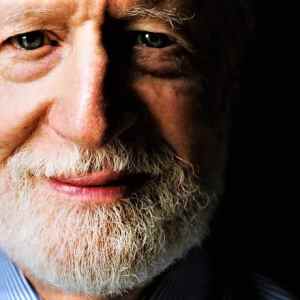 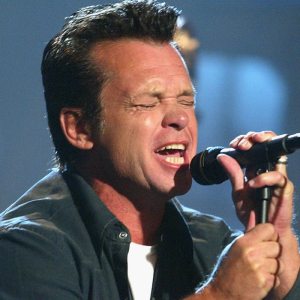