As most of the world has known well for decades now, in terms of songwriting, there was no pressing need for Ringo to start writing songs. His bandmates Lennon and McCartney had that handled to a miraculous extent, writing songs which have become timeless, inspirational anthems for humanity.

Paul and John also were remarkably prolific and capable of writing masterpieces overnight (as did Lennon with “A Hard Day’s Night,” written overnight as their movie theme song to this title which came from a Ringo quip.)

So when George Harrison began writing his own, even he had to compete with his bandmates for inclusion on the albums. By Abbey Road, the final album they recorded, George was allotted all of two songs, contributing two of his greatest ever, adding dimensions to that album only he could bring.

There was the gentle, luminous celebration of “Here Comes The Sun.” And another masterpiece of love-song writing, “Something,” the song Sinatra recorded and called his “favorite Lennon & McCartney song.” Oops!

That famous credit flub reflects the common reaction then to the group, echoes of which persist till today. That with songwriting genius as vast as that emanating from Lennon and McCartney churning out brilliance consistently over the years, it was impossible to conceive that such greatness could emerge from others in the band.

Yet George, obviously, started strong and evolved into one of the greatest songwriters of our time. His first solo album, All Things Must Pass, produced by Phil Spector, is arguably the greatest Beatles solo album ever (and arguments are expected), containing a chain of masterpieces. Many of which were written while he was still with The Beatles, such as the title song, which they rehearsed and ultimately passed on. It wasn’t deemed good enough.

That’s right, “All Things Must Pass” got passed on by The Beatles.

This inability of humans to fathom that so much greatness could all emerge from four humans is also reflected still in the frequent and false presumption that Ringo is not a great drummer. (Which is simply ludicrous; he is one of the greatest drummers ever, if not the very greatest. Perhaps this idea began because he was also the funny, adorable one, which clashed with the notion that he was an astounding musician. Or one as flashy as Keith Moon or John Bonham. We will leave this debate for another time and place, but if you are among the deluded still clinging to that erroneous assumption, listen to his playing on “Come Together” or “Rain,” recognize how wrong you were, apologize to all drummers of the world and Beatles fans for your foolishness, and then move on in life, perhaps humbled by this understanding.)

So when it came to writing songs, Ringo certainly wasn’t in the same league as the others. But very few humans have ever been in that league.

Yet he did write the charming, dreamlike “Octopus’s Garden,” from Abbey Road, which followed his first writing effort, the country-laced “Don’t Pass Me By” on The White Album.

In his post-Beatles years, he wrote several great songs, most notably “Photograph” and “It Don’t Come Easy.” Though George helped him in both with production and arrangement ideas, Ringo wrote both of those alone.

He also wrote “Octopus’s Garden” alone, as he discusses in the following passage from an interview he gave us for this magazine.

The writing of the song began on August 22, 1968, known as “the day Ringo quit The Beatles.

The recording of the song began on April 26, 1969 at Abbey Road, in the classic Beatles line-up of George and John both on electric guitars (George on a Fender Stratocaster through a Leslie speaker and John finger-picking on his Epiphone Casino).

Paul played his Rickenbacker bass, and Ringo played drums. But for this first foundational track, he sang a lead vocal, used as a guide for the track, and later replaced. George had already devised his eloquent electric guitar intro, which he played live each time.

Since their producer George Martin was not there, The Beatles are officially credited as producers on it. Chris Thomas engineered. And lest people still wonder how the band got such solid, tight tracks while playing together, long before the digital age, the answer is evident. They did many takes until they got one they considered a keeper. For this they did 32 takes before getting the one we know.

Paul and George, sans John, sang the background harmonies together, at the same time, which were distorted with limiters and other gear to sound like underwater gurgling. For a little more oceanic panache which Ringo wanted, George blew bubbles with a straw into a glass of milk, which was recorded and layered into the track.

On April 29, they returned to the studio to resume work on the song. Paul added the honky-tonk acoustic piano, and Ringo nailed down the final vocal track.

That George was always at the ready to help Ringo is more indicative of the love that was at the heart of this band, which gets obscured in the footage of Let It Be (a false-impression the director Peter Jackson is working to rectify with his new version of the film, to be called Get Back, composed from the endless hours of unused footage.)

That love is exemplified by George’s help in the writing, which is preserved forever in the sad but great film Let It Be. The new song was in process; Ringo’s at the piano, a place where he spent little time, admitting he played in one key only – C major. All the white notes. (That he somehow discovered A minor is something which thrilled his bandmates, and added a nice flavor to the song).

In the film he is still experimenting with its chords, not certain where to end the melodic cadence that begins in C. George happens by and offers an obvious solution, to return to tonic. Which means ending the progression where is started, with the I chord, C major.

It’s something a songwriter learns eventually, that concluding a progression with the same chord that started it is prevalent for good reason – it works.

It’s sweet to watch in real-time as George goes to the keys to share this fundamental wisdom with Ringo, just as he learned it from Paul and John. And it stood out as a rare loving moment, especially considering how contentious other scenes were, especially the one in which George snaps at Paul, incensed by his constant direction, and says, “I don’t have to play anything, if you don’t want me to.”

That Ringo created such a magical and unexpected song in the midst of this dissolution is rather remarkable, Sure, he sang of the ocean already with the lads, in “Yellow Submarine,” though he did not write it. So why this theme? Where did it come from? And how did he complete it while existing in the band at what was the most contentious time in their history?

The answer, which he shared with us, began, unlike all other iconic rock songs known to man, on a boat in Sardinia.

Our discussion started with a question about that scene with Ringo at the keys as George offered him valuable songwriting advice.

RINGO STARR: Yes. There’s also a bit before that where I’m playing [sings], “I’d like to be….’ And [George] is lying on a settee? Is that in the movie? I don’t know.

You might as well yell “asparagus” to me. I can’t play G. I play everything in C on piano.

Yes, [The Beatles] were all helpful.

I started the song, though, before that.

I had left the Beatles. It was mad. It was just one of those mad periods. And I went to Sardinia with (my wife) Maureen and my two kids at the time. And Peter Sellers had a boat down there,  and they gave us octopus and chips. [Laughs]

These were the days, the marijuana days. I was sort of hanging out, and the captain was there.

And somehow we got into a conversation that octopuses build gardens. They go around the seabed and pick up shiny objects and put them in front of the cave they’re hiding in.

I thought, ‘How great is that!’

And I had the guitar, and picked it up and played in E. Because I only play in E on guitar. I play in C on piano. Though I have threatened for many years to take lessons.

And I had the line, “I’d like to be under the sea.” It started there.

We were all a bit mental then. If you need the lead-up, I went knocking on John’s door. He was in an apartment with Yoko.

And I said, “I’m not playing good, and you three are so close.”

I went to Paul’s door. Knock, knock. I said, “I’m not playing good, and I think you three are really close.”

He said, “I thought it was you three!”

Anyway I went away. They sent me faxes. Telegrams!

And George had the whole place filled with flowers!

They did! We were really good pals. We were all good pals. 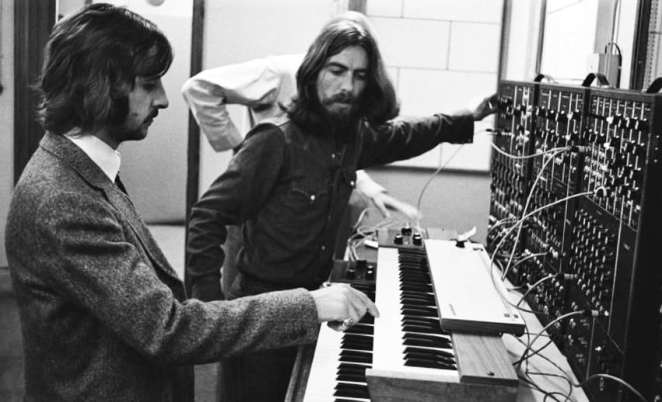 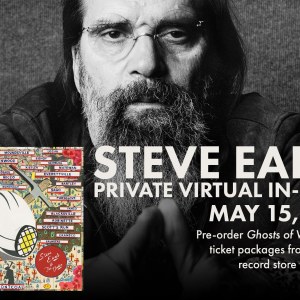 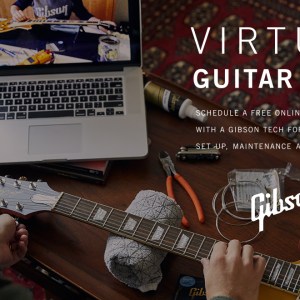