Of all the singer/songwriters associated with outlaw country, Georgia-born Steve Young may be the most overlooked and underappreciated. His songs, including the classic “Seven Bridges Road,” are marked by evocative imagery and deep-rooted emotion that work hand-in-hand to build quietly powerful narratives. As a vocalist, he possesses reserves of sensitivity and strength, while his outstanding guitar playing is delivered with true imagination. Once heard, Steve Young is impossible to forget.

Young has written many songs, but few have proven more enduring than “Seven Bridges Road”- it’s been covered by Dolly Parton, Eddy Arnold, Tracy Nelson and, perhaps most famously, the Eagles. Supposedly inspired by a rural thoroughfare in Alabama that leads from Georgiana to the Oakwood Annex Cemetery in Montgomery (final resting place of Hank Williams), the song weds an unforgettable melody with lyrics that are hauntingly specific:

“There are stars in the southern sky/Southward as you go.”

As Young continues, writing of “moonlight and moss in the trees” and “time-sweetened honey,” we feel as if we are traveling with him, journeying through a half-remembered time and space.  Observant listeners will note how he creates a distinct sense of movement within what is otherwise a very restrained piece, capturing not just the look of this lost place, but the feel as well: “Running like a child beneath warm stars.”  As a moving work of art, “Seven Bridges Road” radiates the kind of yearning, magical quality that has made Young a true embodiment of the oft-used description “songwriter’s songwriter.”

But for all its influence, this unique composition almost didn’t make it onto Young’s first album, Rock Salt and Nails (1969).  In a 1999 interview with music journalist Dave Dawson, Young admitted that his producer, Tommy LiPuma (no doubt aware of the performer’s earlier experience on the Greenwich Village coffeehouse circuit), had mostly wanted him to record a series of folk and country music covers.

“One day we ran out of songs to record in the studio…” said Young. “[Guitarist] James Burton and the bass player were there and everything was up and rolling, so I started performing ‘Seven Bridges Road’ because I didn’t have anything else to play… After it was recorded LiPuma, had to admit that, original or not, it was good.”

After this early career milestone, Young’s profile continued to rise once Waylon Jennings recorded another of his compositions, “Lonesome, On’ry and Mean,” in 1972.  The album of the same name was a commercial hit and has been regarded by many as one of Jennings’ greatest moments.  But despite recording a fine sequence of works in the 1970s for RCA and Mountain Railroad, Young has mostly been a stranger to any degree of mainstream success.  In the same interview with Dawson, he speculated upon the reasons for his lack of renown: “I’m always way in the background and it may just be something I unconsciously create. I’ve never set out to do a hit or even be successful.”

Still, he has continued making vital, compelling music.  In 2000, he released one of his strongest albums, Primal Young (Appleseed), which boasts elegant material such as “No Longer Will My Heart Be Truly Breaking.”  Here, supported by a gentle choir, Young’s vocals are pure and forceful (he has always displayed a gift for sustaining long notes), as they surge with the possibility of final release. “I don’t know how long it may be taking/but my deliverance is promised now.”

Hopefully, that won’t be happening any time soon.  Now in his mid-60s, Young is healthy. After years of drugging and drinking, he became a Buddhist and vegetarian during the late 1970s-and he’s long overdue for critical reassessment.  Newcomers to his distinctive sound would have no better place to start than the haunting and poetic “Seven Bridges Road.” 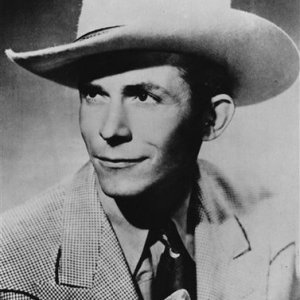 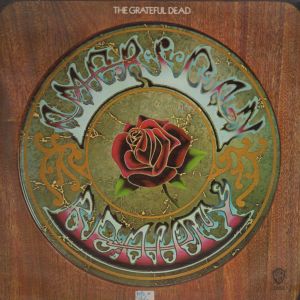